Visit Saratoga.com For Everything Saratoga
Enter Giveaways Advertise
Note: Saratoga.com is not responsible for posts and comments written by non-staff members.
Home  »  Uncategorized  »  “Frozen Moments” in an Ice Castle 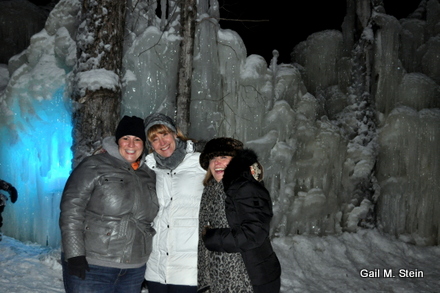 Once again, I am going to share some photos from outside the Saratoga area…approximately 67 miles, to be exact. This past Saturday, I went with friends to the Sun Bowl Ice Castle at Stratton Mountain in Vermont. Of course, I brought my camera with me, and had high hopes of capturing hundreds upon hundreds of beautiful images of the gorgeous structures all lit up with multi-colored lights. Unfortunately, because it was so incredibly crowded, it was next to impossible to get any good shots. All the spectacularly pretty spots were constantly filled with families and groups of friends posing for photos in front of the majestic walls of ice. 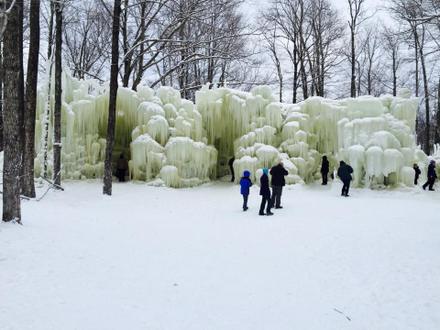 It took us approximately two hours to get there from Saratoga, but we made a couple of quick stops in Manchester, and consequently did not arrive at the castle until right before dark. Luckily, Nellie Ackerman (owner of the Blu Tea Shoppe in Mechanicville) and Mark McLeod were there during the day and left only minutes before we arrived, and they were kind enough to allow me to use some of their photos in order to give a better idea of what the castle looked like in the daylight, and when it was not crowded. 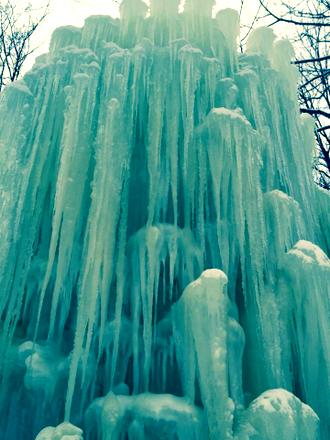 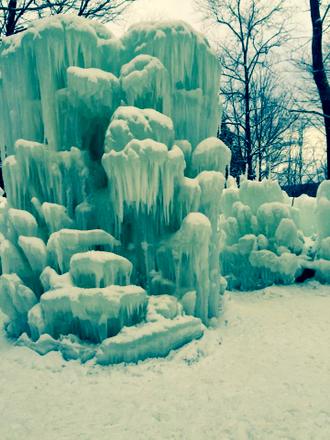 All in all, it was pretty impressive, although considerably smaller than we had expected. It took a few minutes to go through the castle and then, behind it, there were numerous other ice formations, each beautiful, and created by hand. We spent about 45 minutes walking around, looking at the massive icicles and lighting, and taking lots of pictures. 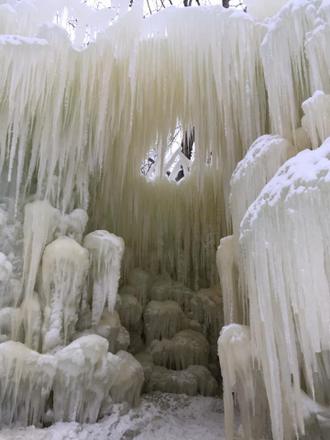 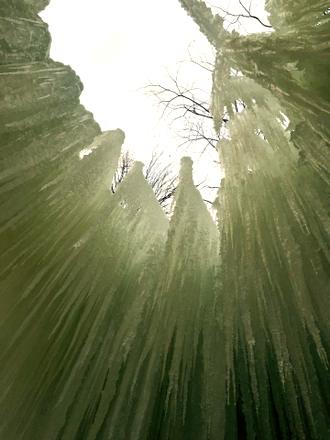 The lights were beautiful as they blinked on after dark. Various colors, always changing, illuminating from both within the structures, as well as shining on them from the outside. 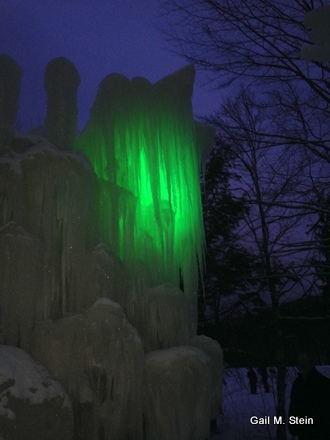 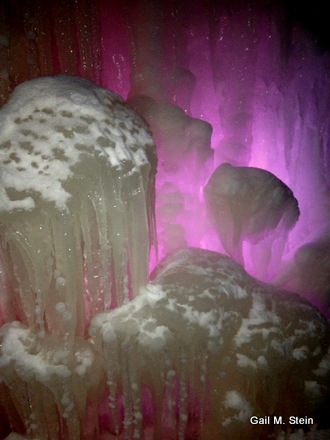 It was really nice to see all the kids running around, so excited, and posing for pictures with their parents. We were no exception and posed for several shots ourselves.

I think, for anyone considering making the trip to Stratton Mtn. to see the ice castle with their kids, that having additional plans would probably make for a fuller day. Maybe a day of skiing, lunch in Manchester, or sledding would be fun additions and would make the trip a little bit more worthwhile. 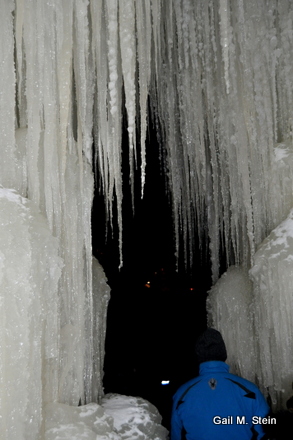 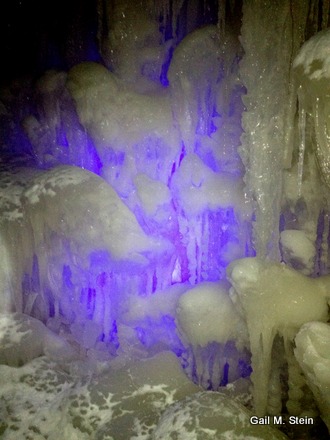 Personally, I had the BEST time with my friends! We laughed so much, so long, and so hard. We had fun on the ride over, we wandered around Orvis for a while, munched on some snacks and visited the castle. Even the final few minutes in the car before we parked were special and beautiful as the sun was setting and the sky was spattered with various shades of pinks and purples. Gorgeous! 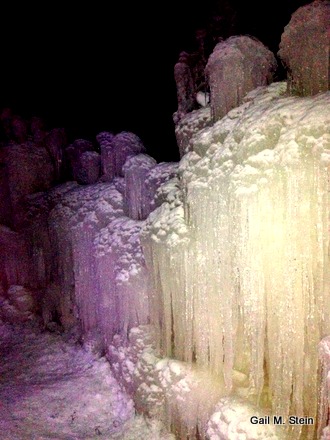 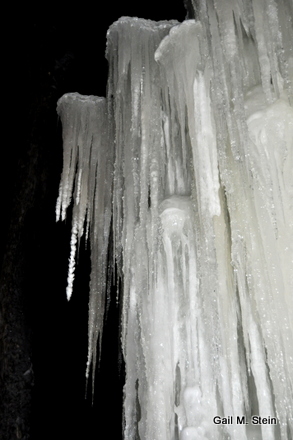 After leaving the mountain, we stopped in at the Equinox and had some wine and cheese. The bar area was warm and cozy, and the perfect way to thaw our frozen toes after being outside. 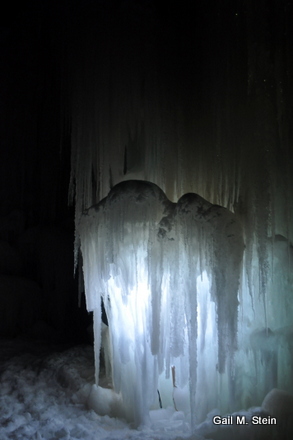 So we traveled a couple hours out of beautiful Saratoga and had a great afternoon and evening in Vermont at a magical ice castle. Best part? Spending a memorable day with good friends. Can’t beat that, no matter where you are.