Visit Saratoga.com For Everything Saratoga
Enter Giveaways Advertise
Note: Saratoga.com is not responsible for posts and comments written by non-staff members.
Home  »  Uncategorized  »  After the Storm… 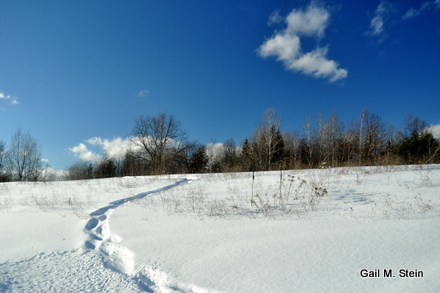 Well, that was QUITE the storm we had Sunday night through Monday! Unfortunately, I did have to go into work early Monday morning because there were some things that just had to be taken care of. The ride was treacherous at best, but I made it into the office and was back home again by noon, safely watching the snow pile up outside. And pile up it did… 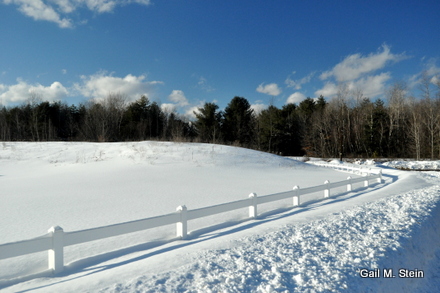 Once I had my car safely back in the garage, I breathed a sigh of relief and was now ready to wait out the storm. It was at that point that all the annoying snow that refused to stop falling became beautiful to me. I had an afternoon at home. I had nowhere to go. I had nothing that needed to be done. It was kind of a great feeling. And there was no denying that it was truly gorgeous outside, even as the snow continued. And continued. And continued. 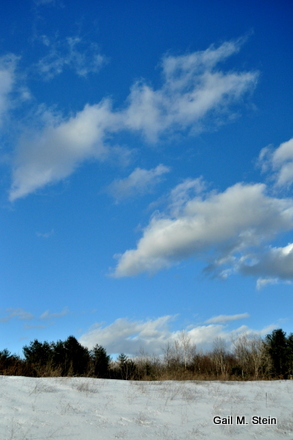 I walked over to visit a friend and we spent the afternoon watching movies on Netflix (Anchorman II and another romantic comedy). We laughed for hours, had chili for dinner, and decided this was not a bad way to spend a Monday afternoon.
And this morning was sunny!! On my way into work, I saw the sun come up and the rays were shining through the blowing snow, causing each ray to create giant rainbows shooting straight up into the sky. I’ve never seen anything like it and was disappointed to have been in my car and unable to try to capture the sight with my cell phone. (Actually, I tried, but it didn’t work.)
Regardless, it was amazing and unusual. The snow so early in the morning remained pristine and untouched. Because of the cold, everything sparkled. 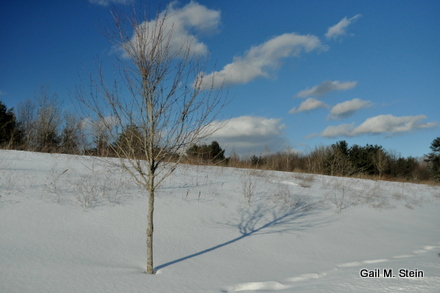 I really did not have any time today to take photos, but I did grab these on a quick ride I took through Wilton and Gansevoort this afternoon. The views were all white snow, white clouds and a very blue sky. There were so many shots I wanted to take, but could not find a safe place to park with all the snowbanks and slippery roads, so I opted for safety and just took these few.
I have a great friend who grew up in Saratoga and every time I get stuck for ideas as to what to photograph or blog about, I ask him to help me out. And he never fails. He always comes up with something great and today was no exception. I am going to work on his newest idea this weekend. I’m trying to come up with some different locations and perspectives that go beyond our beautiful downtown. It’s a self-challenge that I happily accept. I’m also finishing up a post FULL of photos from my recent weekend at the Sagamore in Bolton Landing, where I checked out the Glacier Ice Bar and Lounge. Lots of great photos there! 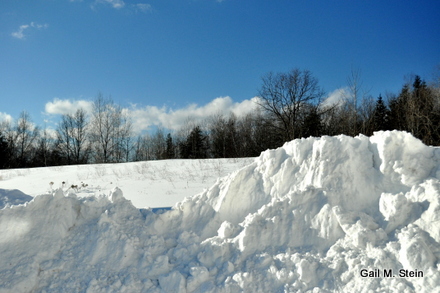