I thought this might be an ideal time to write about some of the homes in Saratoga that have always captured my interest year after year.

For ages, health, history and horses have been widely known as the three main attractions to have drawn tourists to Saratoga Springs.

For me, homes, would be a welcomed addition to that trio of attractions.

East side and west, north and south of town, sit some of the most beautiful dwellings one will ever see assembled in one community.

Defining a favorite among them is nearly impossible, however there are those that will make me stop and look a little longer than their inhabitants may be comfortable with.

One such home is on North Broadway. 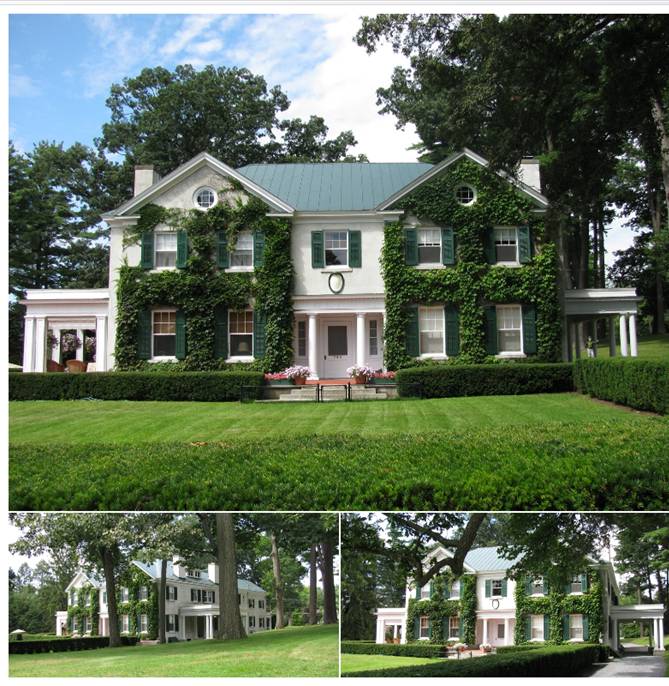 According to Dr. Hollis A. Palmer’s book Saratoga’s Great Ladies: Broadway and Franklin Square, this was the home of Susan Dannet Griffith.  Built in 1916 (as her obit states) or 1920, Griffith’s family made their money in NYC brewing beer (ed. note: Woo-Hoo!)

It was her uncle, Daniel Jones, who started the business and upon his death left equal shares of $10mm to his brother and four sisters.  Susan Dannet Griffith was the daughter of one of his sisters, Mary Griffith.

Like many single women of her time she would involve herself in the arts, philanthropy and working closely with charities.  Dr. Palmer reports she even donated $100,000 to Skidmore College during the Great Depression.

She broke her hip in 1936 after a slip and fall at one of the new baths in the park.  Although she recovered remarkably well she spent the next two seasons at the Gideon Putnam Hotel, leaving the mansion empty.  Palmer surmises it may have been due to lack of sufficient help.  Griffith unexpectedly suffered a fatal heart attack at the end of September 1938.

Another fact worth noting, in the 1970′s this was the summer residence to Penney Chenery, owner of Triple Crown winner Secretariat.