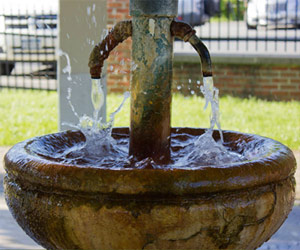 Among the few naturally carbonated springs in the country, Saratoga water is rich in minerals... and fame! Did you know Disney World even has a Saratoga Springs Resort & Spa named for us? From ancient claims to modern marvels, learn what has made Saratoga Springs so popular through the centuries.

The springs are the result of a geological fault that allows water trapped in shale layers to surface. Historically, Mohawk and Iroquois tribes drank and bathed in Saratoga waters to celebrate the waters' supposed strong healing and curative properties. Local lore says that the Mowhawks called the area "Serachtuague" to refer to it as a "place of fast moving water." Early settlers may have mispronounced this word, leading to the anglicised "Saratoga."

Once discovered by settlers, accounts of its healthful benefits caught on in a big way. Even George Washington was an advocate of its restorative powers, High Rock Springs in particular, and tried (unsuccessfully) to purchase the land with the spring in 1783, but others had already secured the titles.

Over time, the extraordinary and sensational claims regarding the benefits of Saratoga mineral water multiplied. Doctors recommended "taking the waters" to cure kidney and liver complaints, rheumatism, diabetes, heartburn, scrofula, dyspepsia, cancer, malaria, hangovers and "weakness of women." While none of these claims could be proven, visitors kept coming to enjoy the waters! Even the first part of Saratoga's slogan - "Health, History, Horses" - specifically references the supposed value of the waters!

By the middle of the 19th century, Saratoga had become "The Queen of Spas." During the rest of the 1800's and early-to-mid 1900's, Saratoga was the place to see and be seen. The Gilded Age saw prominent guests such as the Vanderbilts, the Whitneys, JP Morgan, and "Diamond Jim" Brady frequenting Saratoga. Actress Lillian Russell spent time here; there's even a restaurant in her namesake.

The Hall of Springs and its three bubbling fountains became a popular evening gathering place for the "who's who" of vacationing Saratogians. Many visitors believed bathing in the Saratoga Springs mineral water would ease tension and a host of other ailments. The bath houses, including the Lincoln Bath House and Roosevelt Baths were incredibly popular, and always filled with patrons.

There remain two locations for Saratoga mineral baths: The Roosevelt Baths and Spa at the Gideon Putnam Resort (located within the Spa State Park) and the Crystal Spa on South Broadway in downtown Saratoga Springs. Today, each bath house consists of individual rooms with bath tubs where you can soak privately in the effervescent water.

Share This! Our Infographic is meant to be shared, and you are welcome to do so. All we ask is that you credit us as the source with a link back to this page. 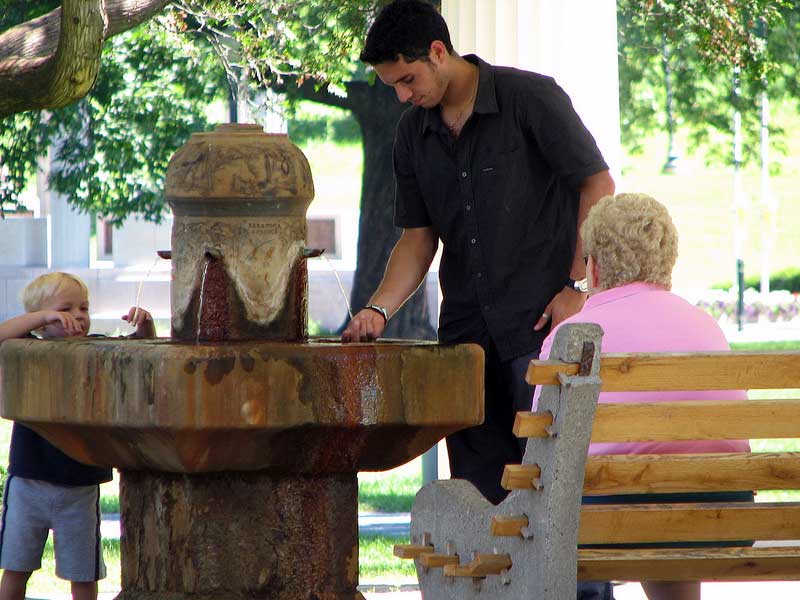 Today there are approximately 21 mineral springs in Saratoga, located at various points throughout the city, each one varying slightly in its chemical makeup and flavor. The springs also taste different depending on the season.

Saratoga Water is also bottled (often recognized by its very distinctive dark blue glass bottle) and sold in local grocery stores and restaurants. For all the positive references made regarding the benefits of mineral water, first-time tasters are often a bit surprised. It tastes nothing like what comes out of your tap, and may be a bit disconcerting to the uninitiated!

Now that you know a little about the history and health benefits of tasting the waters, you should go on your own personal tasting tour!

Whatever the actual benefits of mineral waters may or may not be, the bubbling waters of Saratoga continue to draw the faithful, skeptical and curious here to sample and savor its mineral essence. Try them for yourself on your next trip.

Still thirsty? Read more about the Waters of Saratoga »

History buff? Read more about the History of Saratoga Springs »

Tasting tour? See a map of the Saratoga Mineral Springs »