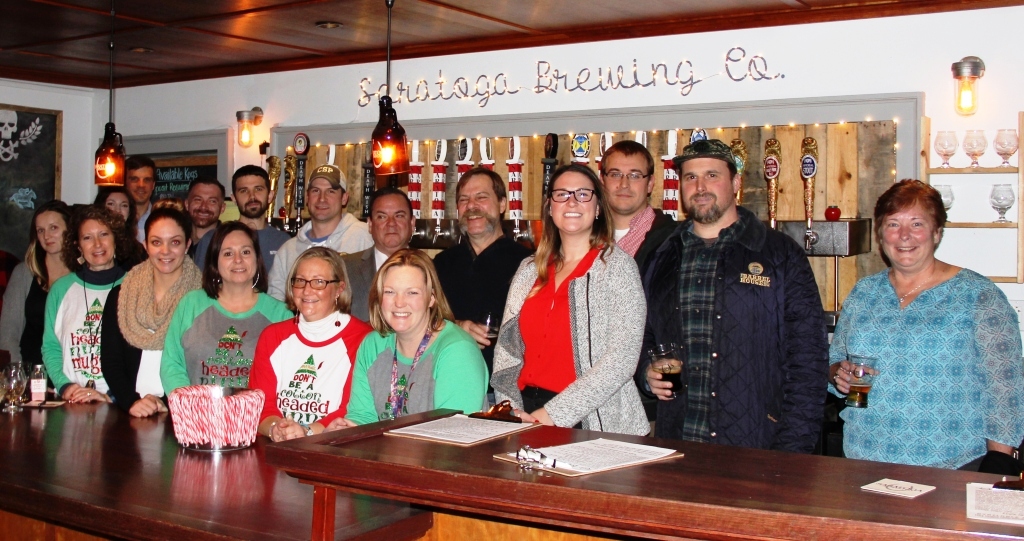 SARATOGA SPRINGS – Thanks in large part to the support of the local community, this year’s Toys For Toga campaign was a huge success, collecting more than 2,500 toys and raising nearly $10,000.

Toys For Toga, an idea to help provide local children with toys for the holidays, began five years ago due to the combined efforts of Saratoga Brewery, DeCrescente Distributing Company (DDC) and Saratoga Convention + Tourism Bureau (SCTB). Over the years, Toys For Toga has seen significant growth in both participation and overall donations.

“We’re blown away by the level of participation this year,” said Max Oswald, General Manager of Saratoga Brewing. “We couldn’t do this without the continued support of the local bars and restaurants and their patrons.” 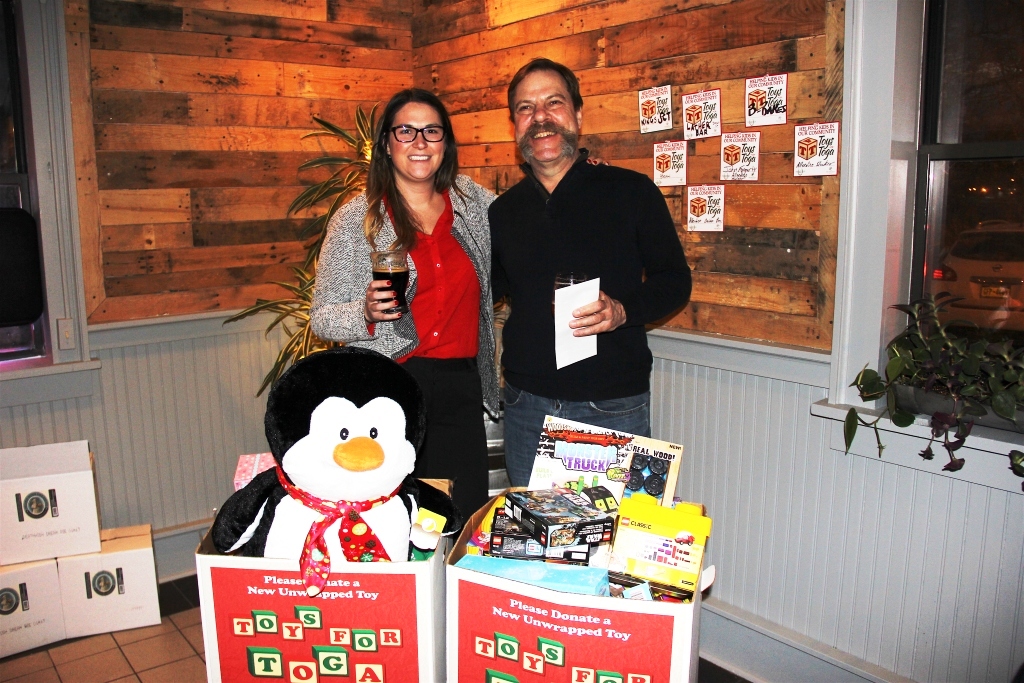 The 2017 Campaign kicked off on November 14. (SEE POST HERE.)This year’s Toys For Toga campaign was a collaborative effort with a record high 73 participants. Once again, Death Wish Coffee Company traded more than 600 bags of coffee for new, unwrapped toys. The Skidmore College hockey team raised $2,500 for Toys For Toga through their custom jersey auction.

“This is a true community effort with so many businesses working together to help so many local families,” said Oswald. 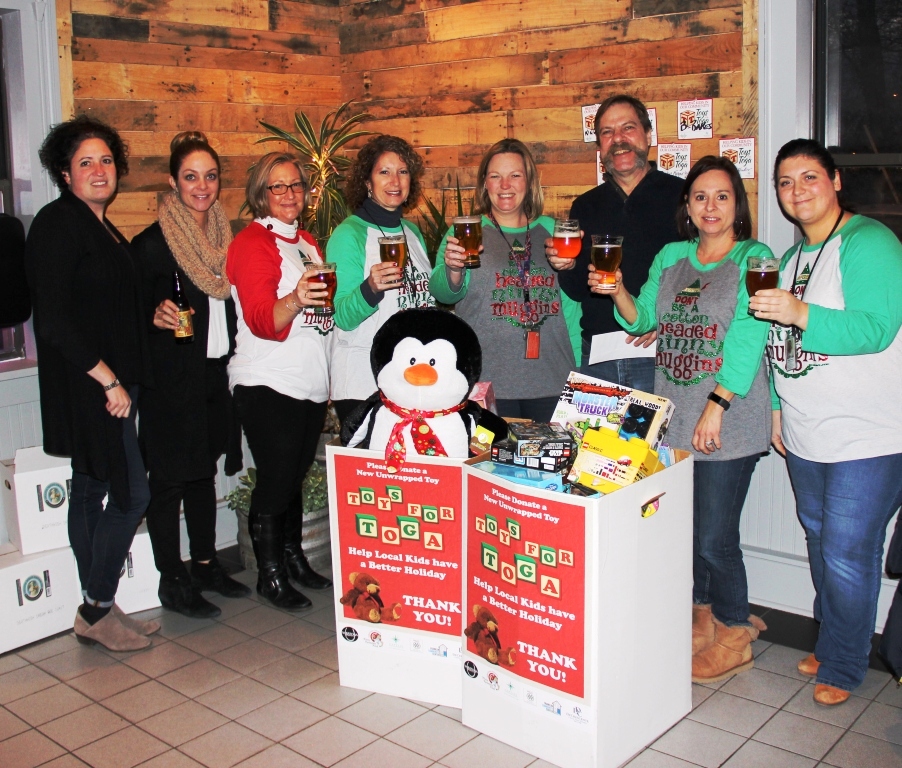 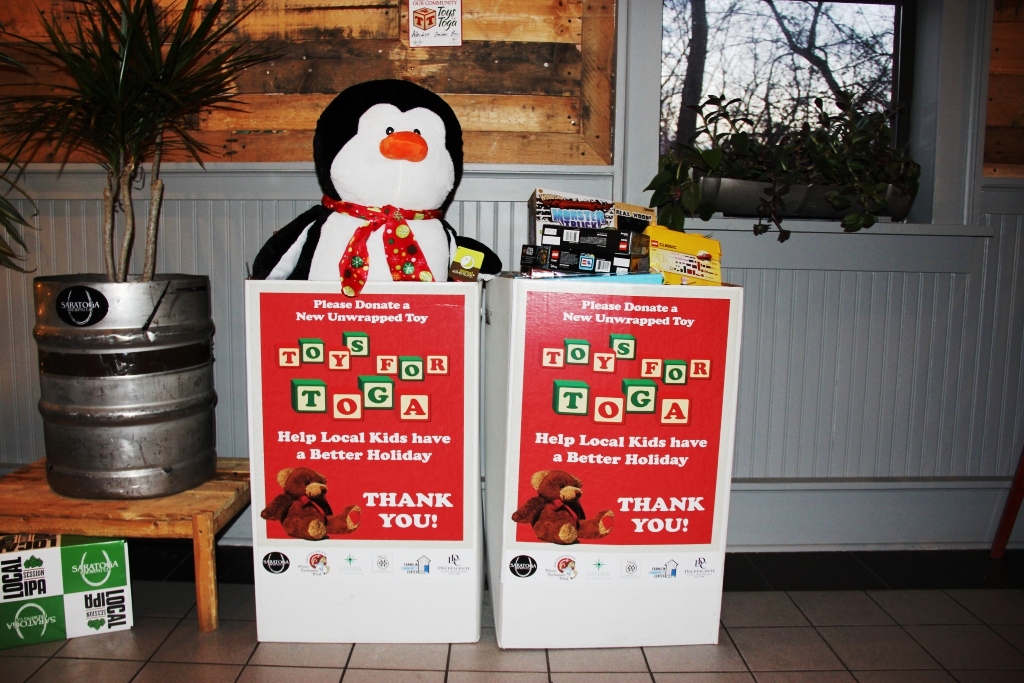