Editor’s Note: The 2018 residency of the New York City Ballet at SPAC begins tonight, and a comprehensive preview of all the performances is HERE. In this post, we examine the programming and new details about the 2018 Ballet Gala on Saturday, July 21. – AG 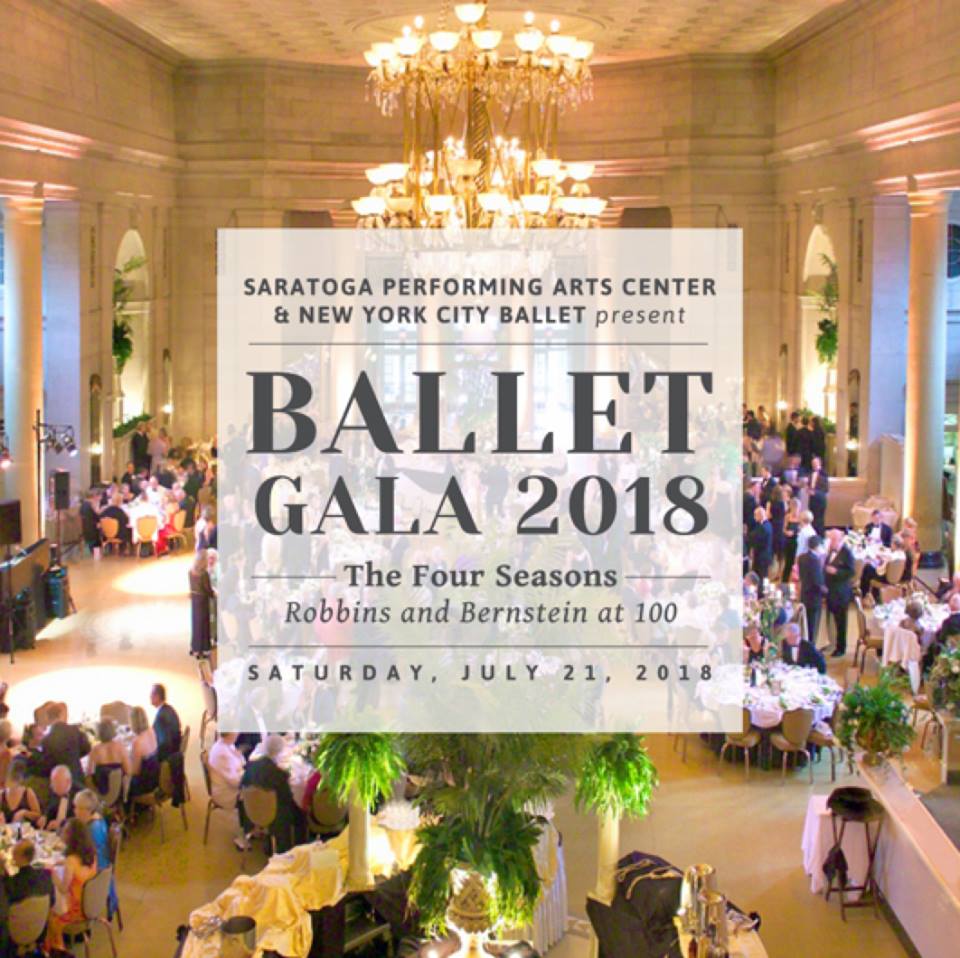 SARATOGA SPRINGS – Saturday’s New York City Ballet Gala at SPAC will have quite a few new facets and accents, all designed to foster a greater sense of “community” and interaction among all participants. 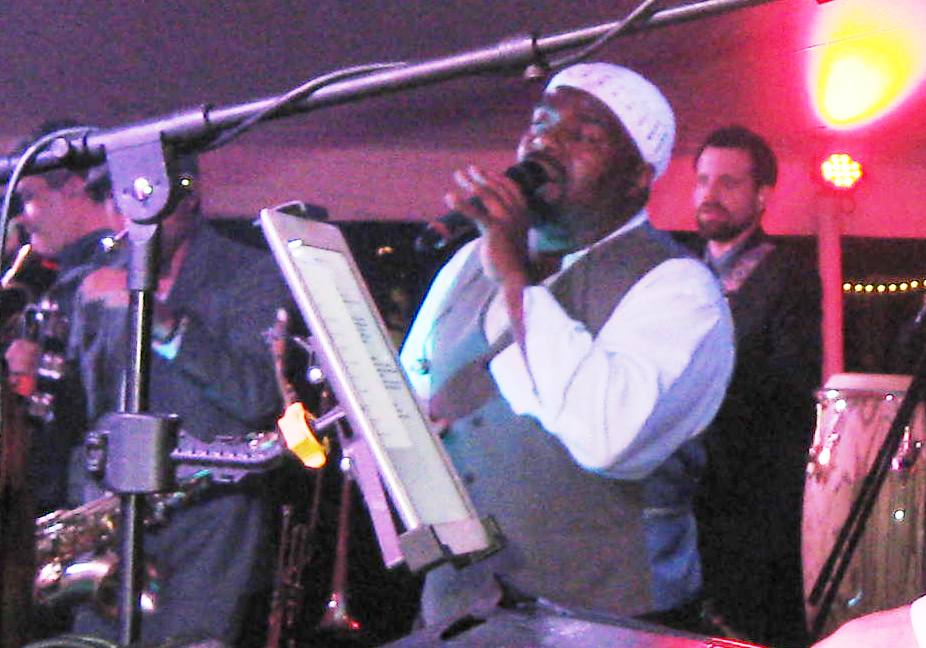 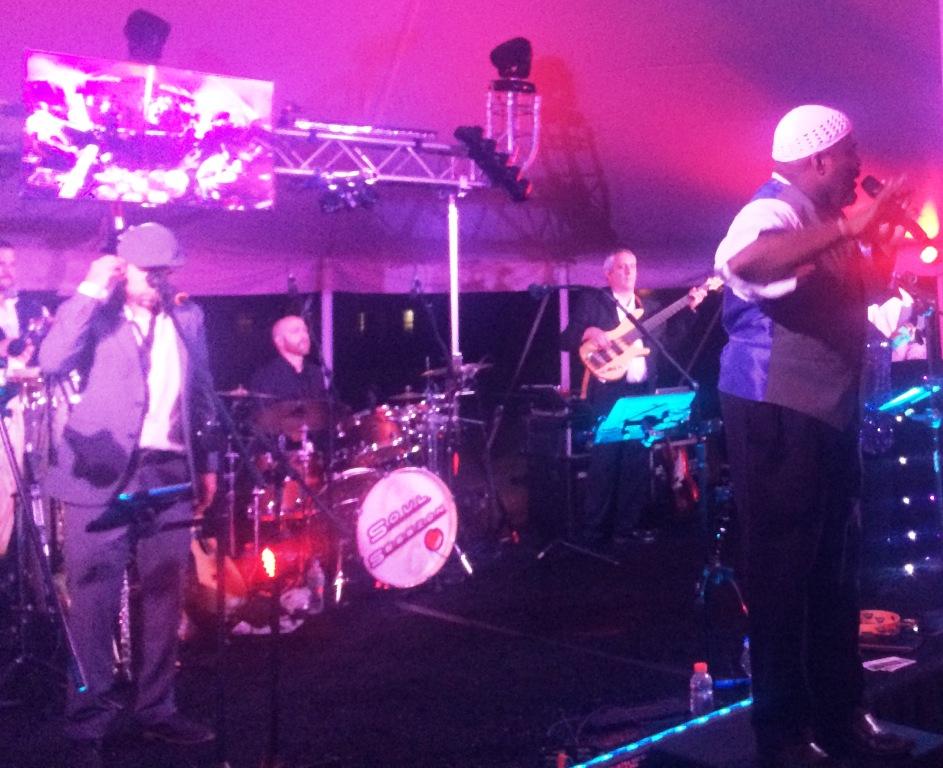 Certain elements that were extremely popular – such as the post-performance fireworks, and after party with Soul Session – will remain. Everything else has been reimagined.

“We’ve had meetings,” imparted SPAC Action Council President Nicole Sheeler, with a laugh. “Lots of them!”

Indeed, the Ballet Gala is unique in that it is the by-product of the combined efforts of the SPAC Action Council and the SPAC Junior Committee (this year’s Junior Committee Event Co-chairs are Keely Griffiths and Mike Rosebrook.) This is necessary because of the magnitude of the undertaking: Action on the lawn’s tent village; action inside the Hall of Springs – where there was a VIP sit-down dinner; the performance itself; and the after-party. It’s a power packed evening whichever option you choose: Tickets to the Gala events are $250 or $165 for Junior Guests (to age 35) and includes a champagne cocktail party, gourmet food stations by Mazzone Hospitality, prime seating for the performance, and admission to an After Party with dessert and cordials in the Jazz Bar in addition to live music and dancing under the stars. Gala event tickets are available by contacting Seth Buono at 518.584.9330 ext. 101 or sbuono@spac.org.

Ticket prices for Lawn Party experience are $55 and include the opportunity to party and picnic on the lawn, general admission to the performance and the outdoor After Party with music by Soul Session. Details are available at spac.org

“The feedback that we received from the people in the hall of Springs is that there is too much going on to have a plated dinner, have time to check out what is going on around the grounds and get to their seats in time for the performance.” Nicole Sheeler said. “A big change is to the food stations. Mazzone Hospitality has been very cooperative in making this happen. And now, people can grab their plates, take them outside if they wish and involve themselves in all the lawn activity, which we have enhanced.”

“The whole concept was to try to encourage a greater community feeling,” Keely Griffiths noted, “we want to encourage you to leave your tent and mingle.”


The meetings with SPAC, the Action Council, and the Junior Committee determined that, in previous Ballet Galas, people were staying in their own corner of the SPAC world – their tent, the Hall of Springs, their lawn picnic etc. I can verify this as I bounced from tent to tent, and into the Hall to take pictures… 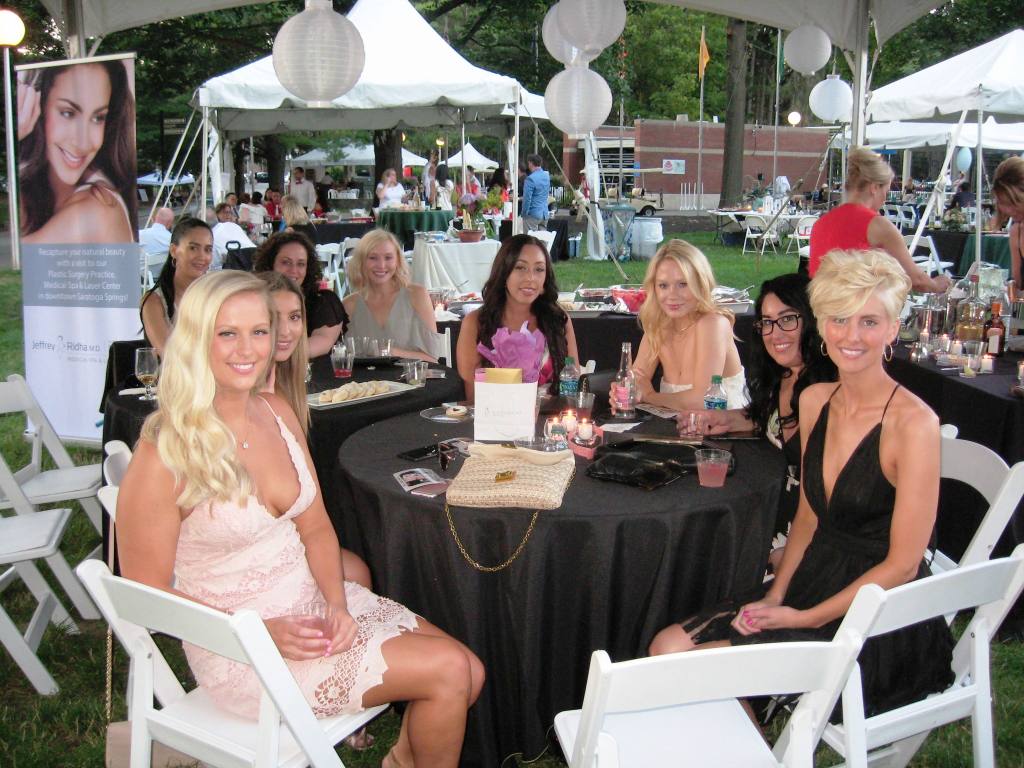 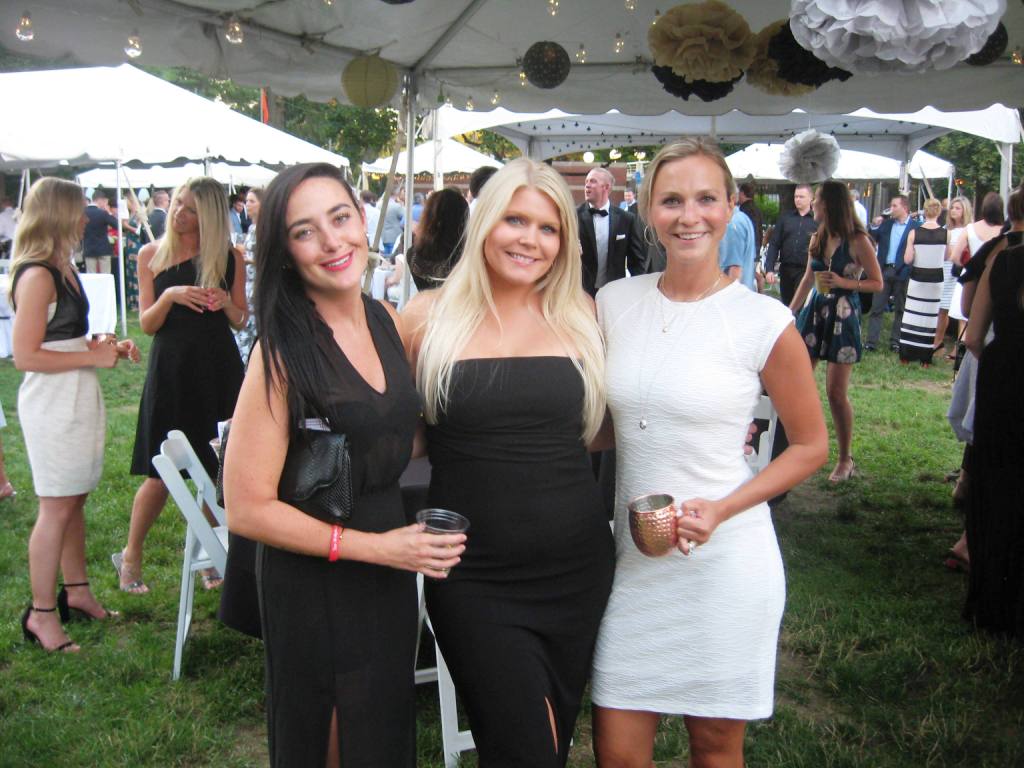 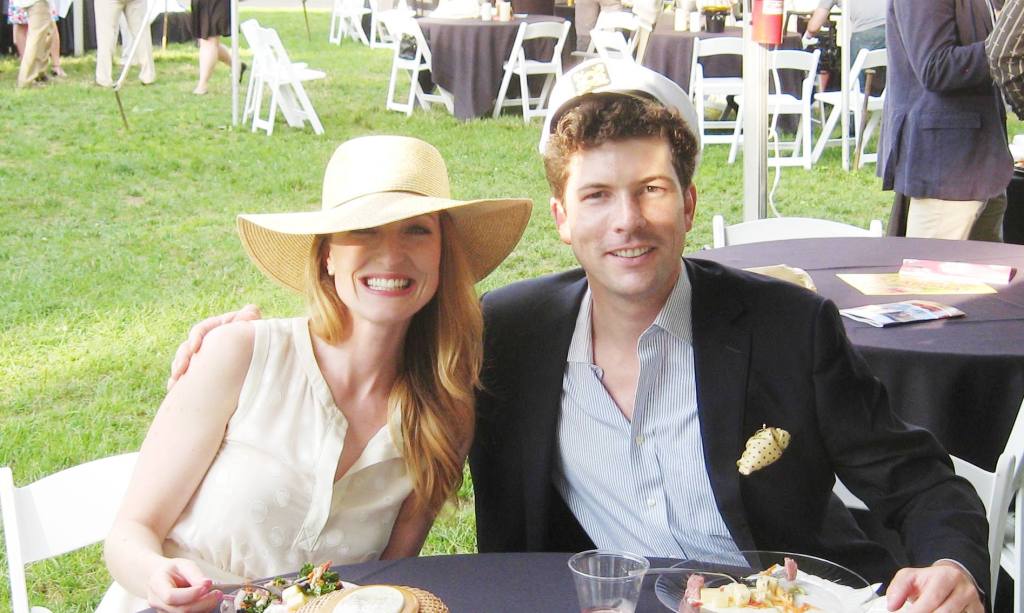 Which, of course is fine, if that’s what you want. But they have devised some powerful incentives to get you to interact and experience the entire ambiance.


– Well, for starters – how about some avant-garde stilt walkers slated to traverse between the festive lawn party and elegant ballroom gala adorned in “Four Seasons” themed costumes and headdresses, handcrafted and designed by Kim Vanyo? If these people can bounce around, you certainly can!

– How about some pop-up performances, produced by Nicole Coady (of SaratogaArtsFest and Dark Faerie Tale fame- see this post for an idea of Nicole’s creativity), that will be interspersed throughout the lawn and ballroom. In these performances, several local dance schools such as the School of the Arts, Saratoga City Ballet and Northeast Ballet Company, in addition to Ballet in the City, will be featured throughout the pre-performance festivities, which kick-off at 5:30 p.m. Modern dance group Nacre Dance Company, soul singer Kim Lisinicchia, and pianist Chuck Lamb with Ria Curley will also be among the new surprises preceding New York City Ballet’s performance.


– And if those don’t get you up and moving, how about some tasting stations from great regional food purveyors such as 9 Miles East, Henry St. Taproom, and Suburban Kitchen? Thirsty? Beverage stations from One With Life Tequila, Artisinal Brew Works, Upstate Distilling and Saratoga Apple will all be there to assist you in quenching. James + Sons Tobacconists are back again, and there will be an appearance by the Silvery, Shiny Barstream Beverage Camper (which someone was supposed to buy me for my birthday) … Cheers! 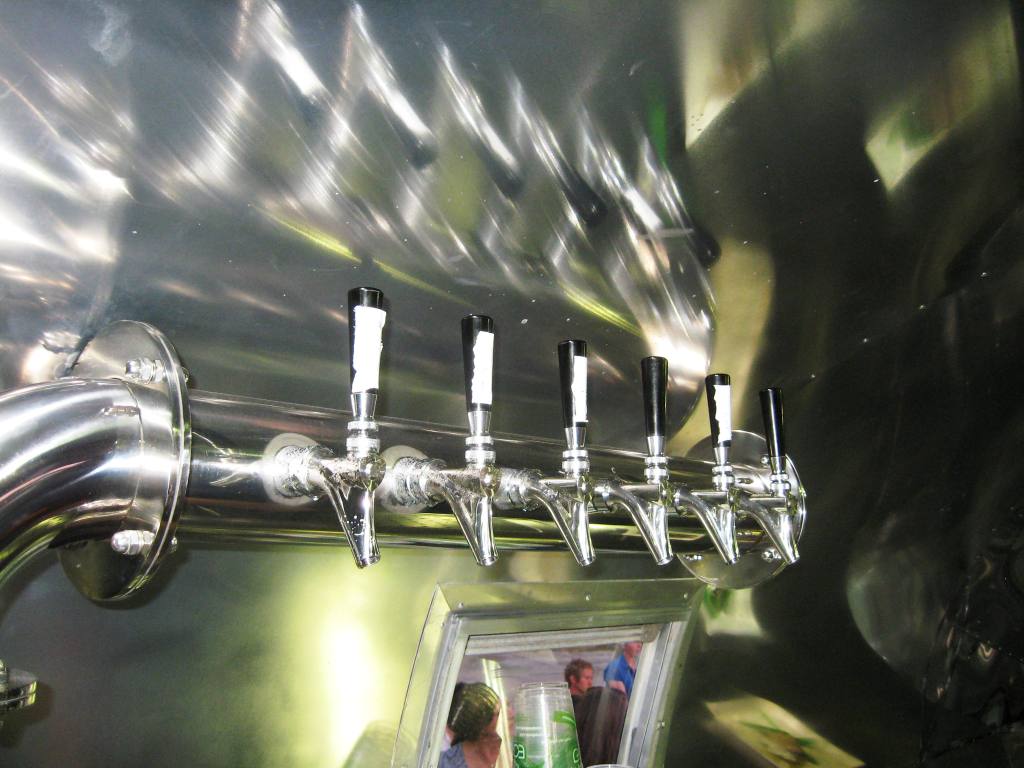 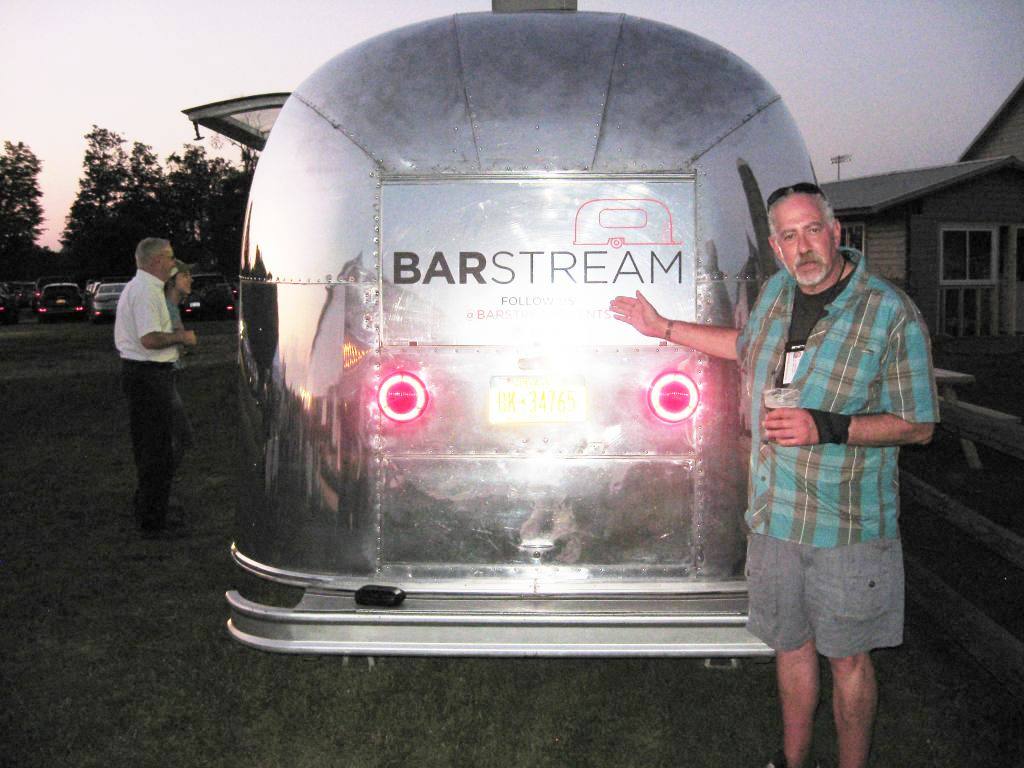 Four Seasons (Verdi/Robbins)
Easy (Bernstein/Peck)
Other Dances (Chopin/Robbins)
Something to Dance About (Bernstein, Bock, Gould, Rodgers, and Styne/Robbins, direction and musical staging by Carlyle)
The centerpiece of the evening, is of course, New York City Ballet’s 8 p.m. performance, featuring two of Robbins’ own celebrated works, Other Dances and Four Seasons, as well as Justin Peck’s spring 2018 ballet, Easy, inspired by Robbins and set to a Bernstein score. The finale performance will be the SPAC Premiere of a new piece directed by Tony Award-winning choreographer and director Warren Carlyle, Something to Dance About, which celebrates the Broadway choreography of Jerome Robbins, following its World Premiere at NYCB’s 2018 spring Gala.

I can assure you that no matter what experiential option(s) you decide to enjoy on Saturday, you will have a fantastic time at one of the signature events of the entire Saratoga Season!
Visit spac.org for details.
Arthur Gonick
July 17, 2018