SARATOGA SPRINGS – The next installment of The Saratoga Salon series at The Inn at Saratoga (Monday, July 16, at 5:30 pm) continues the theme of providing high-level perspectives about a wide range of topics. Samantha Bosshart, Executive Director of The Saratoga Springs Preservation Foundation (SSPF) will discuss the Foundation’s early philosophic tenets and how they apply to recent and current projects throughout the City of Saratoga Springs.

The rise and concepts behind popular programs, such as the Historic Homes and Walking Tours; House Plaques and Historic Art Auctions, will also be explored.

Both the medium and message are clear and prominent; but on Monday, the milieu will also take on a co-starring role. The Side room at The Inn at Saratoga (231 Broadway) is a testament to tasteful devotion to preservation, as is the entire Inn itself! 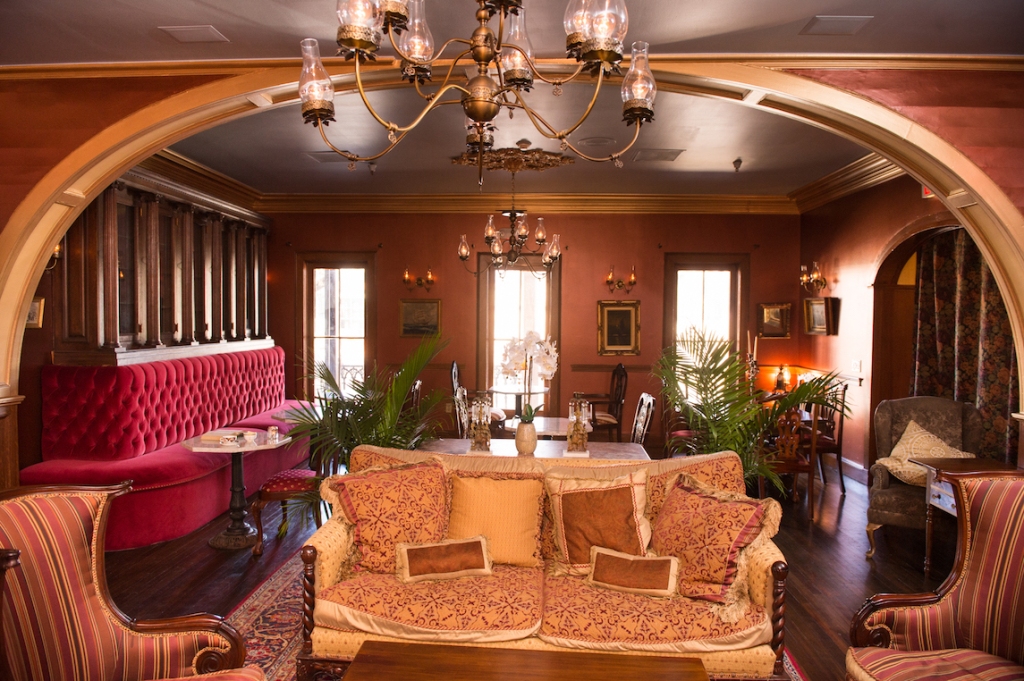 Suffice to say, this is a City the reveres and cherishes its history – down to the the second “H” in its motto. How the forces and desires have coalesced to the point that Saratoga Springs’ Preservation efforts are on a par with economic development and tourism programs, is a subject that Ms. Bosshart, having just completed 10 years at SSPF herself, is eminently qualified to explore


Samantha joined the Foundation in June 2008. She came to the Preservation Foundation from the Historic Albany Foundation (HAF), where she was the Director of Preservation Services. She represented HAF at the City of Albany Historic Resources Commission, Board of Zoning Appeals and neighborhood planning meetings. She also served as Chair of the Solutions to Vacant Buildings Committee, a diverse twenty-two member community stakeholder group whose goal is to recommend creative solutions for the large vacant building problem of the City of Albany. Samantha also provided technical assistance to HAF members and members of the community; developed and organized educational programming; and administered rehabilitation grants.

In 2006, Samantha completed her Master of Arts Historic Preservation Planning coursework at Cornell University. Prior to Cornell, Samantha worked at Galveston Historical Foundation, the second-largest historic preservation not-for-profit in the country. There she was the Manager of the Preservation Resource Center, which offers historic property research, neighborhood information, and technical rehabilitation guidance. She also oversaw the nationally recognized Paint Partnership and Paint Pals programs, which provides low-income homeowners of historic houses with free paint.

Before joining the Galveston Historic Foundation, Samantha was an independent contractor. She completed an extensive rehabilitation of four houses located in the East End National Historic Landmark District in Galveston, Texas. She moved to Galveston after graduating from Indiana University in 1995 with a Bachelor of Arts in History and Criminal Justice.


—-
The cost of each evening’s program is $25. To reserve your spot or for more information, contact the Inn at Saratoga at 518.583.1890 ext. 0 or info@theinnatsaratoga.com. Their website is HERE.