We urge everyone to contact individual businesses to confirm their hours of operation before visiting, while we flatten the curve through social distancing.
Home / Fall / Fabulous Events

Fall Is Fabulous in Saratoga: Celebrate the Season With These 10 Can't-Miss Events

Step outside and breathe in the sweet smells of pumpkin spice and cider doughnuts - it's fall in Saratoga County! The season is a fabulous time to visit the area, whether you love colorful fall foliage, festivals, Halloween happenings, or traditional family activities. Have an amazing autumn in Saratoga by attending some of these upcoming top events.

Discover Who Has the Greatest Pumpkin of Them All This Fall 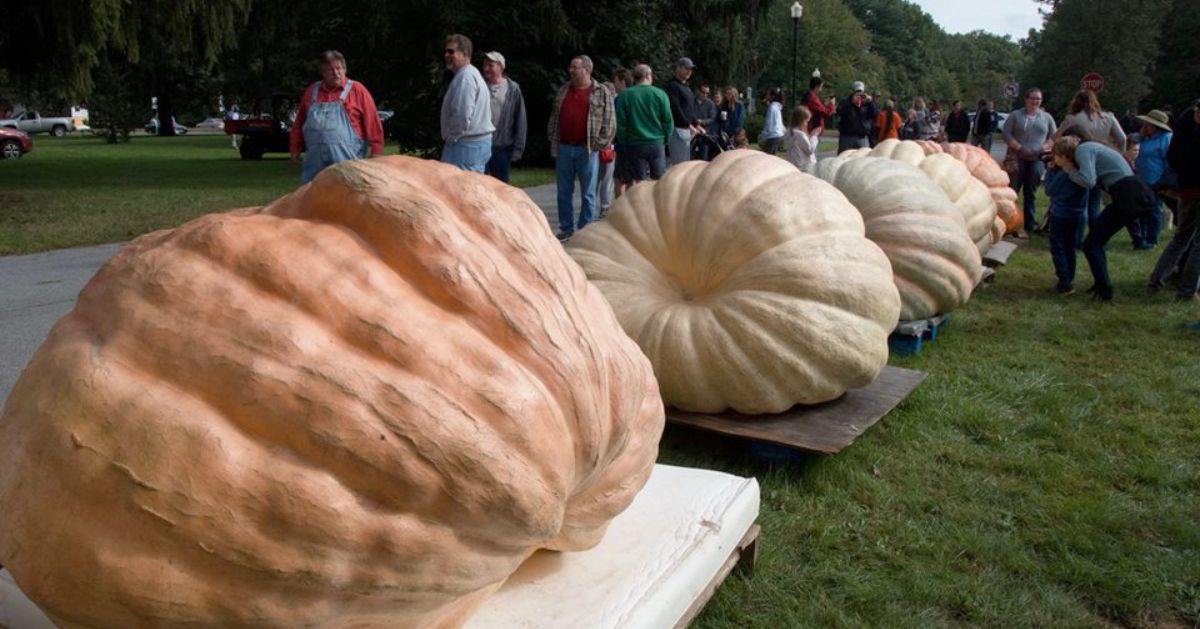 Giant pumpkin growers from throughout the Northeast have been busy growing their biggest pumpkins for the annual weigh-off and festival. This free autumn event is family friendly and will feature a Kid's Zone, food vendors and exhibits, a farmers market, and opportunities to take photos with the giant pumpkins. 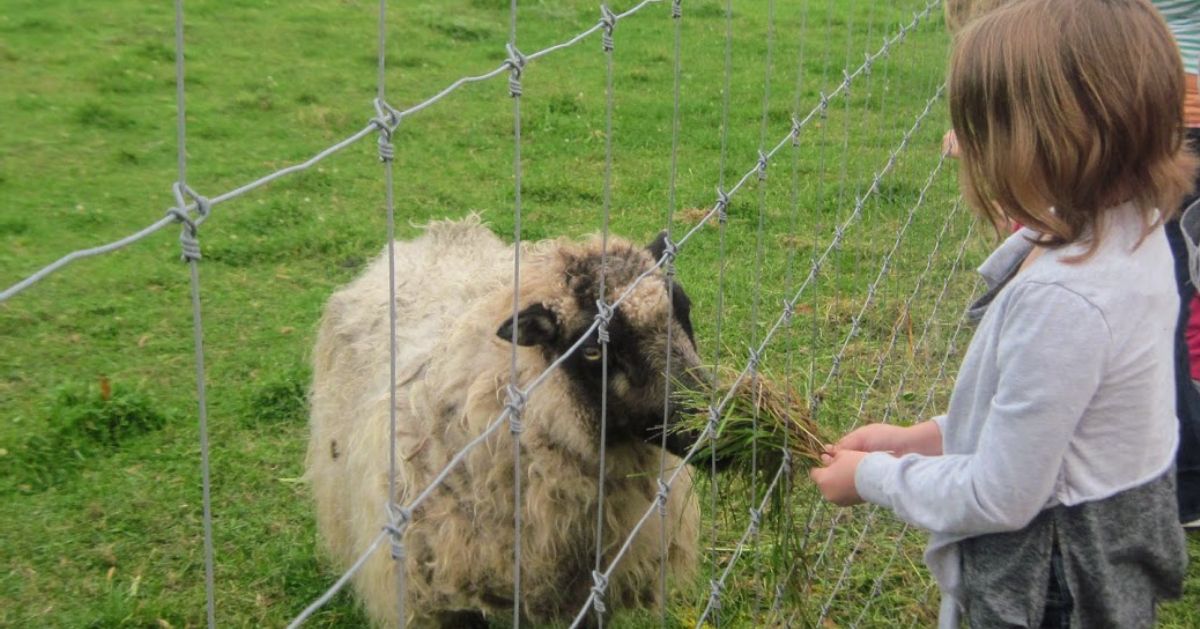 Formerly known as the Fall Festival, the Town of Halfmoon's new Harvest Festival will offer activities for all ages on Saturday, September 28, at Halfmoon Town Park. You can meet friendly animals at the pony rides and petting zoo areas, test your skills at pumpkin decorating, games, and rock climbing, listen to live music, or even just shop at the vendors.

Admission is free, although there is a fee for the Chicken BBQ. Pre-sale tickets for the BBQ are available from Halfmoon Celebrations members.

The Harvest Festival runs from 12:00pm-4:00pm, so consider an early dinner after the event. There are a large number of dining options at Clifton Park Center (3 miles west of Halfmoon Town Park), and nearby, such as Caputo's Pizzeria Restaurant and Delmonico's Italian Steakhouse. 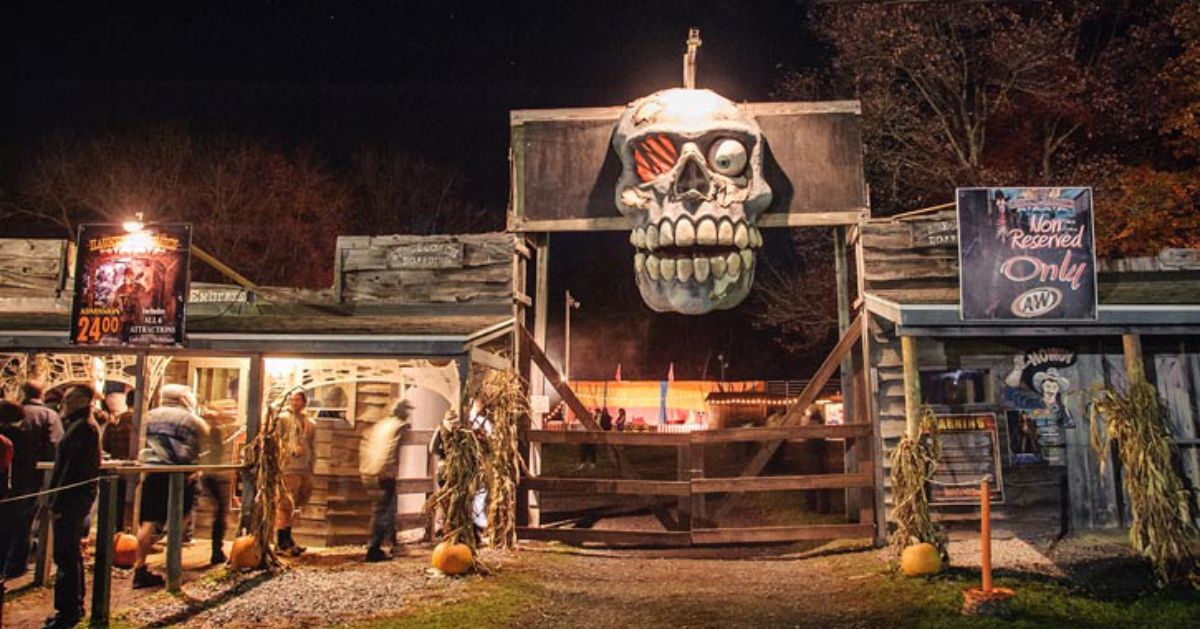 For over 25 years, Double M Haunted Hayrides in Ballston Spa has been recognized as one of the Capital Region's top haunted attractions. Your haunted hayride journey will bring you through dark woods filled with unimaginable terrors, and at the end, you'll continue on foot through a variety of spooky areas.

Double M Haunted Hayrides' 2019 season runs from Opening Night on September 28 to Extreme Night on November 1. The hayrides begin at night, and reservations are recommended in advance to avoid wait times. Plan ahead and have a burger and drinks at Bentley's Tavern in Malta, or classic Italian fare at Augie's in Ballston Spa. Both are open for dinner and a short drive away from Double M.

Taste the Region's Bounty at the Saratoga Wine & Food Festival 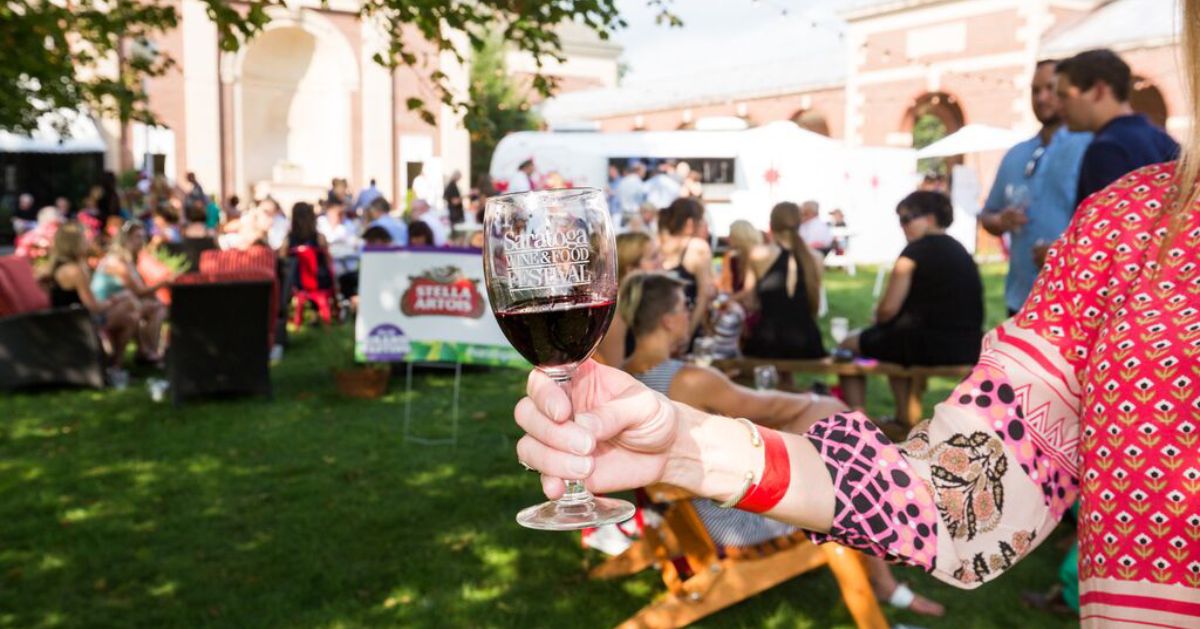 Over the years, the annual Saratoga Wine & Food Festival has transformed into a unique destination event focusing on culinary excellence and ethos, sustainable practices, and cultural experiences. Not only is it Saratoga Performing Arts Center's largest educational programming fundraiser, but the festival celebrates the local region's bounty, from the Adirondacks to the Hudson Valley.

The Saratoga Wine & Food Festival will include a Farm-To-Table Harvest Dinner on Friday, October 4, and the Grand Tasting on Saturday, October 5, around Saratoga Spa State Park's reflecting pool. Get your tickets and look forward to gourmet tastings, fine wines, musical performances, and more.

Show Off Your Halloween Spirit at The Great Pumpkin Challenge 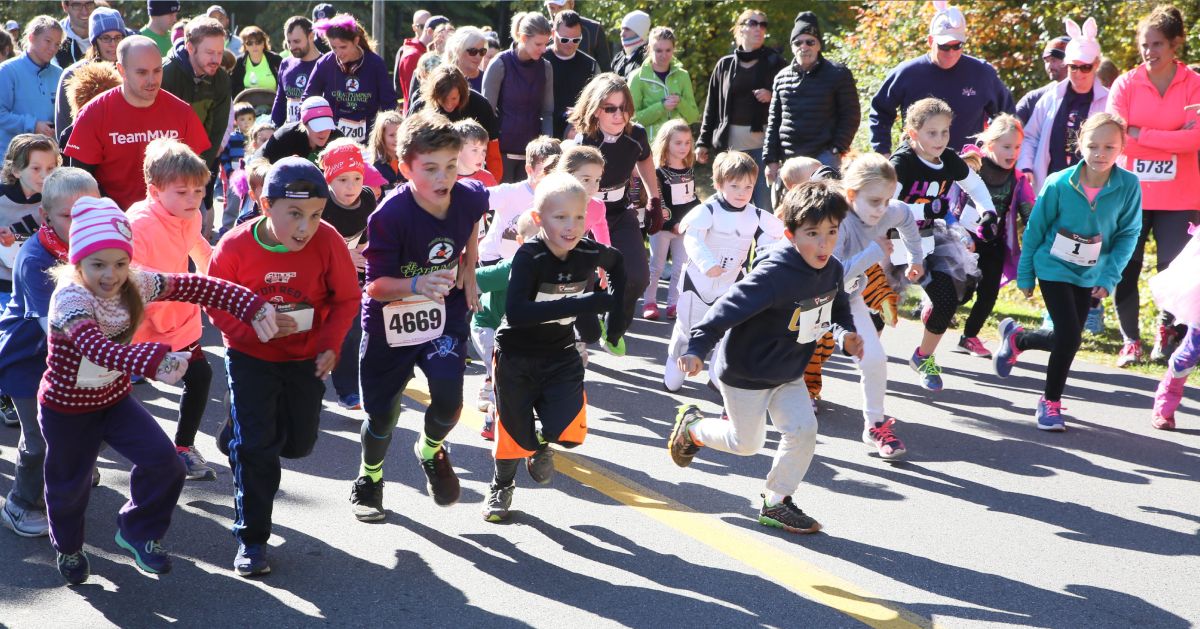 Runners/walkers can enjoy the park's beautiful scenery as they race through it on Saturday, October 12. While some runners show off their Halloween spirit by wearing part of a costume, it's not required. Online registration closes on October 9, and race-day registration will be offered.

If you'd like to get a quick bite to eat before your race, then Country Corner Cafe and Uncommon Grounds in downtown Saratoga are two excellent early morning choices. Want to celebrate with a meal afterwards? Try brunch at Farmers Hardware or The Local Pub & Teahouse, two popular restaurants in the city.

Take Your Taste Buds on a Culinary Trip Around the World 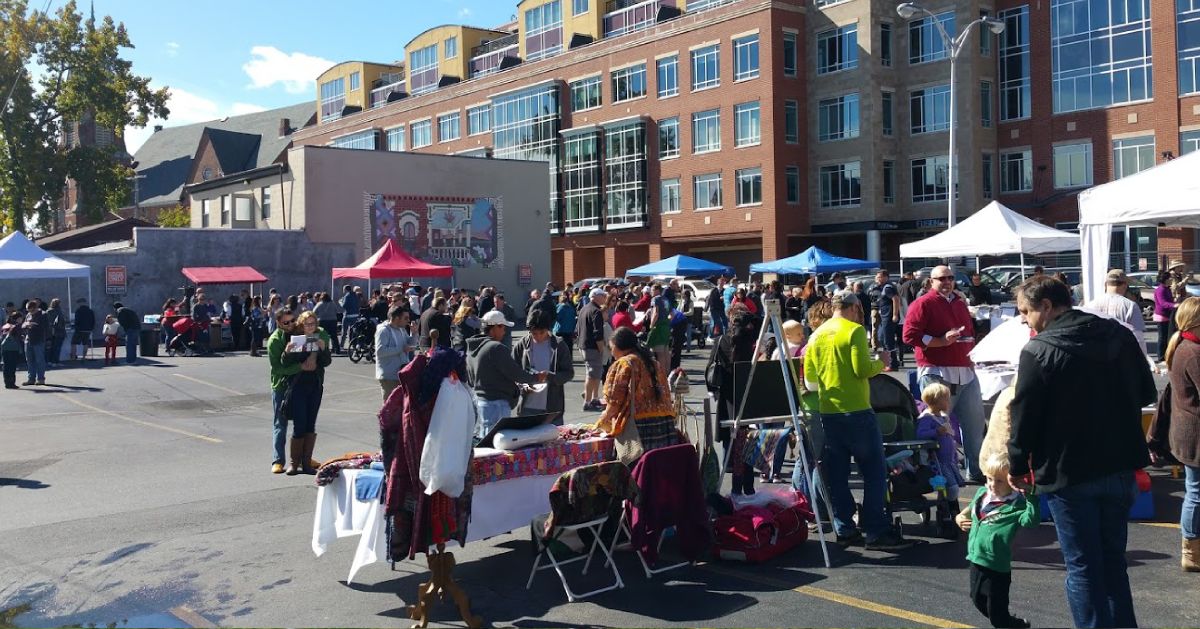 Saratoga boasts one of the region's best restaurant scenes, and on Saturday, October 12, you can go on an unforgettable food tasting experience at the 6th Annual Saratoga International Flavorfeast. Each year, Flavorfeast celebrates Saratoga's culinary diversity by welcoming visitors to sample international dishes from participating downtown Saratoga restaurants.

After picking up your free event passport, you can travel to each location and feast on delicious flavors from a variety of countries, including Mexico, Japan, China, Italy, and France. Samples are only $1, so stop by and savor the selection of authentic dishes from around the world.

Stroll Through Time at "The Way We Were" Car Show 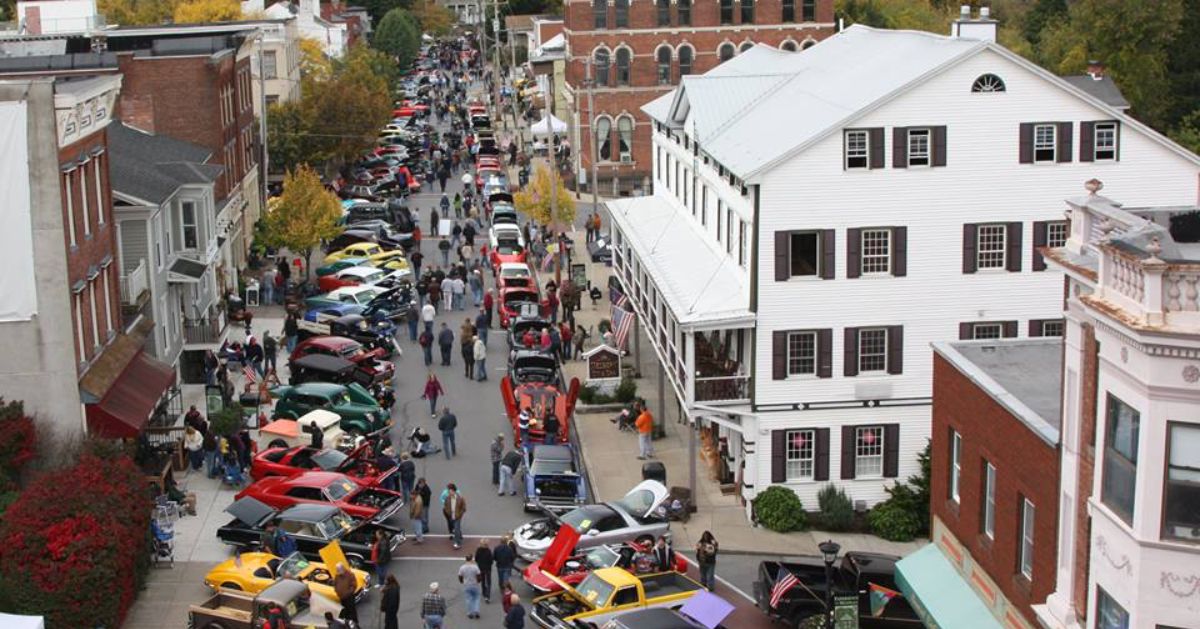 Calling all classic car enthusiasts! On Sunday, October 13, the Ballston Spa Business & Professional Association will present the 17th Annual "The Way We Were" Car Show in downtown Ballston Spa. Featuring hundreds of classic cars and trucks on display, this popular fall event is open to the public from 9:00am-4:00pm.

Head over to the Village of Ballston Spa and enjoy a stroll through time around the wide variety of vehicles. In addition to the cars and trucks lining Front Street, there will be food and merchandise vendors, a Kid's Zone near Old Iron Spring, and music. For even more history, browse the top-notch antiques at Daisy Dry Goods and Stone Soup Antiques Gallery in the downtown area.

Tour the Haunted Grounds at the Town of Wilton's Gavin Park 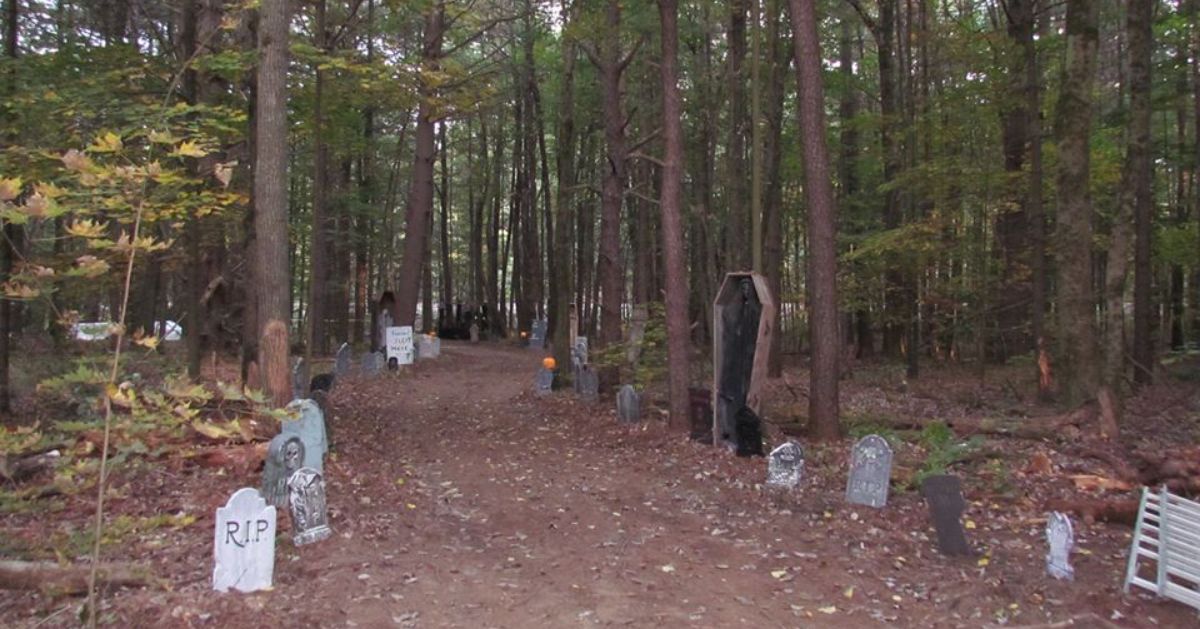 While some Halloween attractions can scare even the bravest adults, others are perfect for families with kids who don't mind a few scares here or there. On October 18-19, and October 25-26, Operation Adopt a Soldier will present their 18th Annual Haunted Hayride at the Town of Wilton's Gavin Park.

Hayrides will be offered from 5:00pm-10:00pm each day of the event, and from 4:00pm-6:00pm, there will be games, food, face painting, and more for families to enjoy at the park. Prepare for an extra spooky ride if you join them after dark. Tickets are $15 per adult and $8 per kid.

Before checking out the Halloween season festivities, we recommend stopping for an early dinner in the surrounding region. Winslow's Restaurant and The Wishing Well are located in Gansevoort about 7 miles north of Gavin Park, while TGI Fridays, Applebee's, and Panera are located south near Wilton Mall. 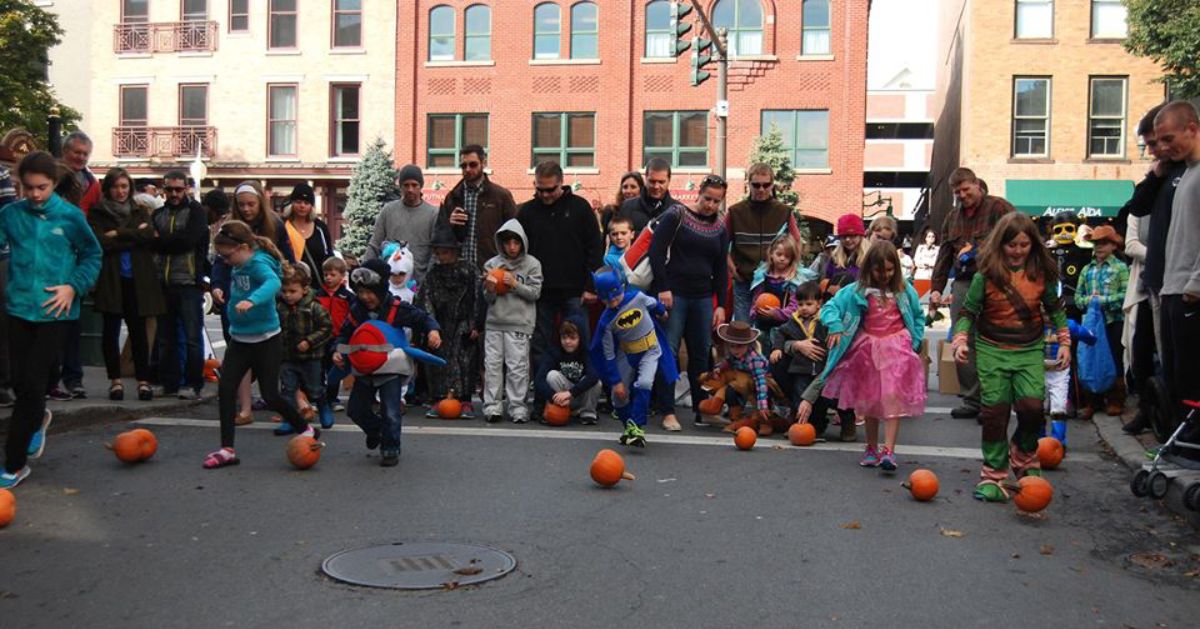 Gather up the whole family and make your way to the Spa City for the Saratoga Springs Downtown Business Association's 18th Annual Fall Festival on Saturday, October 26. This fun-filled festival is one of Saratoga County's most highly anticipated events of the season, as it brings together hundreds of people for an afternoon of entertainment and activities.

From 11:00am-4:00pm, downtown Saratoga will feature fall traditions like pumpkin rolling and trick-or-treating, as well as magic shows, live music, arts and crafts, a costume parade down Broadway, and more. Plus, there are plenty of restaurants within walking distance of the festivities, so pick your favorite and spend a few hours downtown.

Cheer on the Rowers in the Head of the Fish Regatta 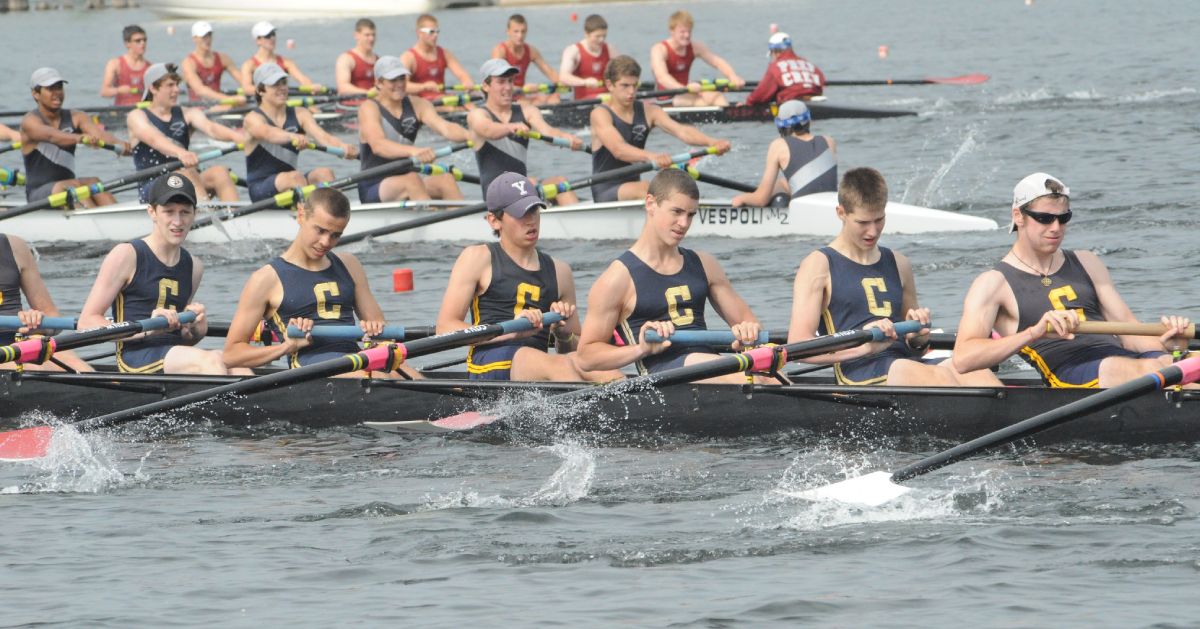 The Head of the Fish Regatta on Fish Creek in Saratoga is one of the country's largest annual regattas, attracting over 160 teams and 1,600 crews. You can't beat the excitement of cheering on rowers as they power their way to the finish line of this 3,300 meter long course.

Races will be held throughout the day on October 26 and 27. After you've fallen in love with the beauty of Fish Creek and Saratoga Lake, enjoy a waterfront meal at Nostalgia Ale House or Dock Brown's at Saratoga Lake's southern tip. 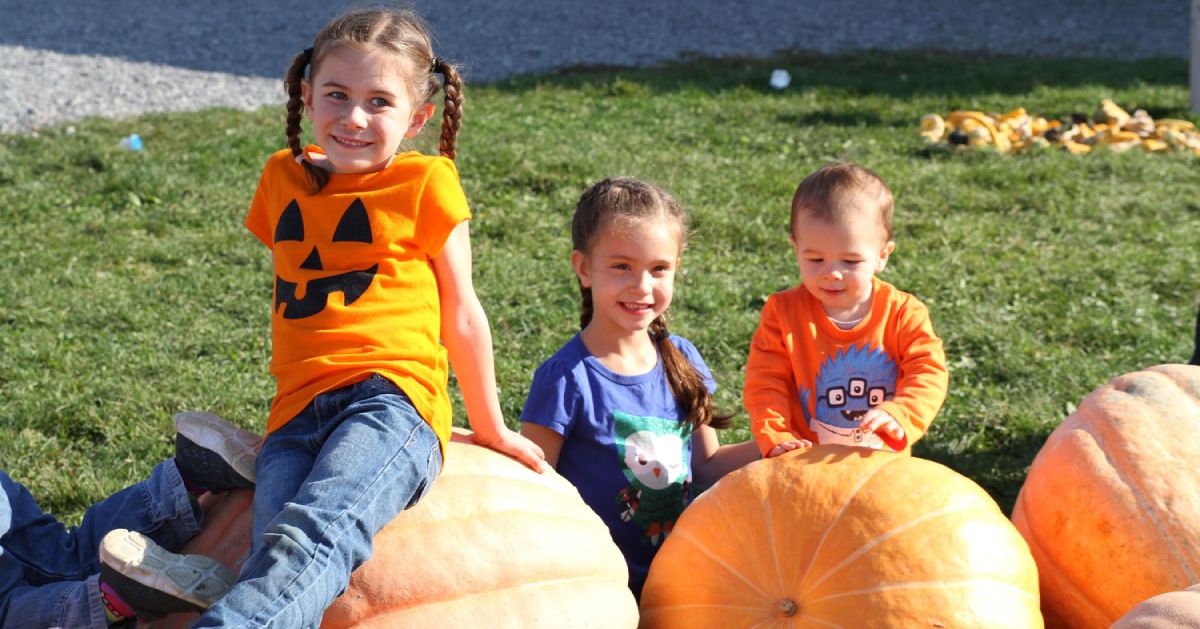 Looking for even more things to do this fall? Saratoga County is full of fun autumn activities, and we've highlighted some of our favorites below.

Ellms Family Farm in Ballston Spa is a Capital Region fall destination offering everything from corn mazes and pumpkin picking to a giant jump pad, gemstone mining, and a petting zoo. Explore acres of farm entertainment and activities, and make autumn memorable for your kids.

Pick Your Own Apples at a Local Orchard

'Tis the season for apple picking in Saratoga. A wide range of apple varieties are available throughout fall, and many of the region's orchards offer u-pick. Plan an apple picking trip with the family, and don't forget to bring home some cider doughnuts.

Your next fall adventure in Saratoga awaits! Mark your calendar for an event that appeals to you, and get ready to have fun.