Visit Saratoga.com For Everything Saratoga
Enter Giveaways Advertise
Note: Saratoga.com is not responsible for posts and comments written by non-staff members.
Home  »  Horse Sense  »  Horse Racing Needs a Commission, and a Commissioner. Now.
Horse racing is in dire need of direction. It’s the only major sport in the United States that doesn’t have a regulating body–and that, as we’ve seen, has led to a mess. States regulate medications, race days and everything else–but there’s no formal organization that represents everyone in racing–including the horses–to sit down at table with the states’ various boards and talk turkey. 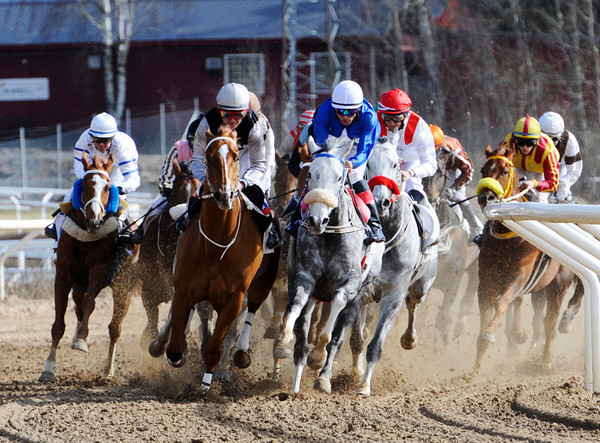 A fine example of how to run a governing body is Svensk Galopp, the Swedish horse racing authority. Svensk Galopp regulates all the racing in Sweden–both Arabian and Thoroughbred. With a Board made up of horsemen and -women at the helm–people who genuinely love horses, and the sport of racing them–Svensk Galopp successfully has run the business of racing for many years. And the Swedes know racing: they’ve been at it since 1810–a full 53 years before the first horse ran his first race at our beloved Saratoga.

Until American racing has a Commission and a strong, savvy Commissioner–racing will always be at the mercy of the states. And some states, as we’ve seen, have it in for racing. For some puritanical reason, legally betting on horses is frowned-upon by many in political power. And that prejudice can become a vendetta. Unfortunately, we’ve seen, up-close and personal, what it looks like when a state takes it upon itself to make Life as difficult as possible for racing organizations.
Ironically, I’ll wager that 90% of the politicians who’d like to deep-six horse racing–et illegally on…say…football.
Just sayin’.
So racing needs a Commission. And a Commissioner who knows the horses, the people and the sport, cold. Someone who wouldn’t be afraid to meet in the office of any state regulating board, and tell it like it is.
We need a Commission…
There’s been much talk lately about horse racing’s need for a Commission–OK, maybe I’m doing a lot of the talking, but it’s still true. We need Commisioner. Not just a figurehead, but someone who is smart, experienced and strong.
Horse racing is the only major American sport that doesn’t have the protections afforded by such a governing body–don’t you find that to be unacceptable? State governments control racing: those who want a Commission have stated that the sport needs not just a figurehead, but a hero to stand between the sport and the governments.
Someone with a sign on his desk that reads, “The buck stops here.”
The Commissioner should be a leader who can go toe-to-toe with the media, lawmakers, horsemen and disgruntled fans. A horseman (or -woman), not a Madison Avenue marketing wonk.

We need someone who genuinely loves horses–that should be obvious, and first on the list. I have no use for anyone who’d abuse or neglect a horse–and horse racing shouldn’t tolerate it, either. Our Commissioner must be someone who is willing to stand between the horses and those human pigs who would do evil things to them, all in the name of “winning.”

We need a person with a keen sense of real marketing–horse racing is in dire need of simple, solid marketing. No more bikinis in the infield, for exploiting females is not the key to growing the sport of horse racing. Anyone who thinks it is, is an idiot. No, we need a Commissioner who sees marketing from all directions, and works with us to market the sport to as many diverse populations as possible–while respecting the dignity and intelligence of every one of them.
This sport could be overwhelmed with the sheer numbers of fans who flood any given track, on any given day, as in the 1930s. (Saratoga is a rare exception.) A strong, smart Commissioner can make this happen, in the first generation.
The product is there, but too often racing officials are stymied as they try to figure out what the public wants. And yet, often those who know are standing right in front of us. Therefore, I believe that New York’s best Trainer, Gary Contessa, would be a great first Racing Commisioner, and set the standard for those who would follow in his hoofprints in generations to come. Mr. Contessa knows and loves horses; he knows this sport, cold. He cares about the future of horse racing, and–I believe, because I’ve not talked to him about this, but HAVE heard him speak–would not tolerate any nonsense from cheaters.
Instead of hosting a thousand “dialogues” every year, and saying over-and-over that we MUST do something about (fill-in-the-blank here)–we in horse racing need to get our collective…stuff…together, and DO something. Enough TALK: Action. Let’s stop the dialogues, and create the USHRC (United States Horse Racing Commission), and hire Gary Contessa as the Commissioner, to get this show on the road.
I’m tired of observing the dialogue: let’s DO something for a change. And DO something, FOR change. Mr. Commissioner, come on down.
Photo Credits:
* Photo of horses racing: Tak! to Svensk Galopp.