Visit Saratoga.com For Everything Saratoga
Enter Giveaways Advertise
Note: Saratoga.com is not responsible for posts and comments written by non-staff members.
Home  »  Mark Your Calendar!!!  »  “50-to-1” in Saratoga: Your Only Chance to See it in New York State

If you’re in Saratoga this weekend, and in the near-future, you have a rare opportunity, indeed.

Unlike horse racing fans in New York City–Long Island–Western New York or the Southern Tier–you can go to the movies, and see “50-to-1,” the beautiful film about Kentucky Derby winner, Mine That Bird. 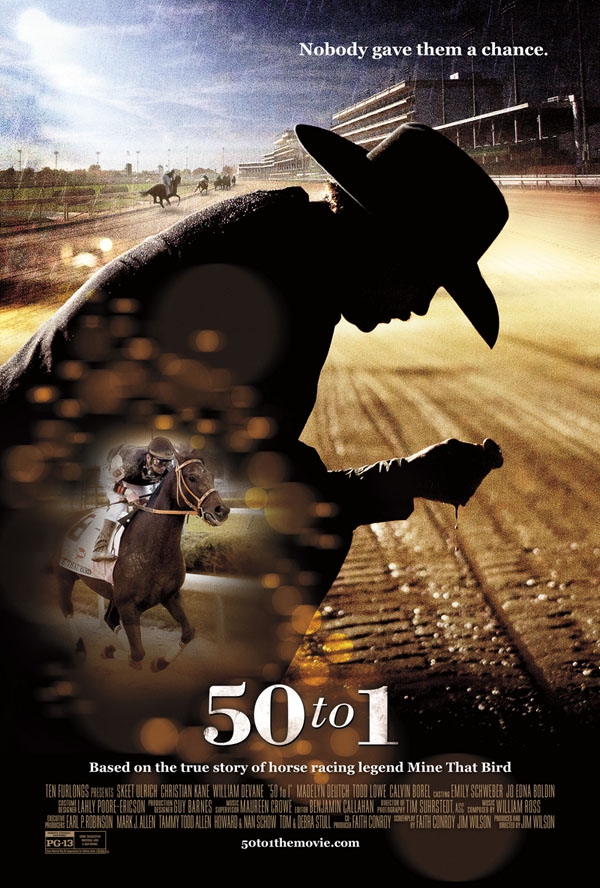 I think it’s interesting that Saratoga is the only place where the film will be shown. Of course, this is a horse racing town, and this is the meet with more Grade 1 races than any other track on Earth.
That translates to kabillions of horse race fans swarming like fleas on a dog into the streets of Saratoga Springs at the end of every racing day. (Hence my aversion for downtown Saratoga during racing season. I don’t do crowds. Of humans.)
But you, my friends–you have the golden opportunity before you to catch this lush film before it moseys out of town…

Now, I have to confess to you, my readers, that my heart and mind aren’t on writing today, and they weren’t last night, either. I posted a piece last night about an event tonight, because I wanted to help. I

I’m posting this because I hope to help fill seats for this film.