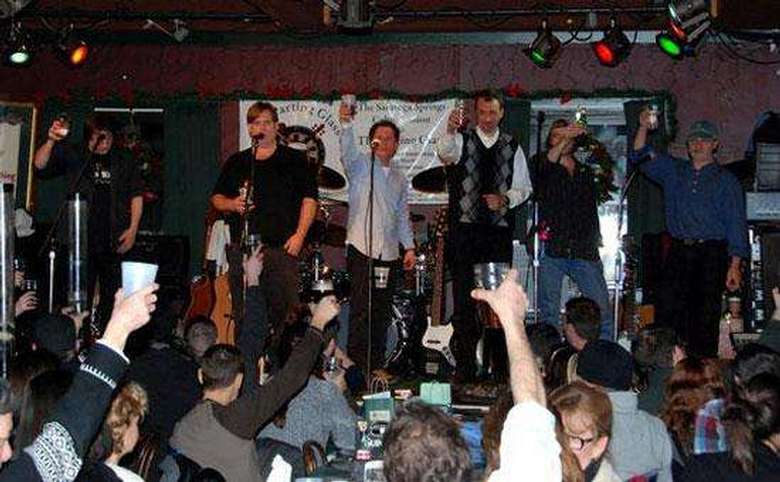 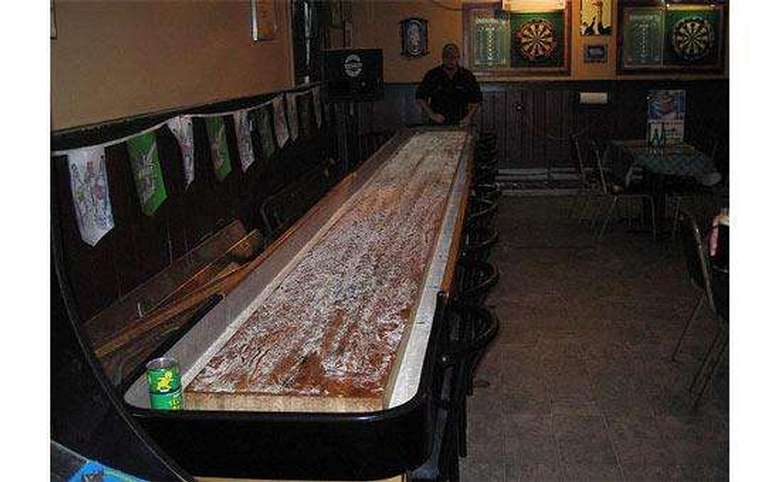 Established on St. Patrick's Day in 1981, The Parting Glass knows a thing or two about having a good time. Enjoy great food, beer, and live entertainment at our Irish pub in Saratoga Springs, NY. We are your place for darts and live Irish music!

The Parting Glass Irish Pub & Restaurant was established in 1981 and it's one of the oldest continuously run pub/ restaurants in Saratoga Springs.  USA Today voted the pub as one of the top ten Irish pubs in the United States

So, whether it's just for a quick drink with friends at the front bar or back bar, or fun Irish inspired or all of the above to listen to live music; the Parting Glass has a little bit of something for everyone.

It is a great place for large or small parties.  It's chill and fun, a great night out!

Join us Monday nights at 7:00pm for Trivia!

Live Music every Friday and Saturday night featuring such bands as:

From Hot Fudge to Cold Weather Winter Fun, See What’s Happening in Saratoga
Whether you’re looking for socially distanced events and activities or want to know what’s happening in Saratoga these days, then you’ve come to the right place. We’ve highlighted a sweet chocolate shopping event, winter hikes and ice skating, plans for a MLK Day Celebration Weekend, and more.
Great Offtrack Places To Watch Live Racing At Saratoga Race Course
With the horses racing on without fans in attendance at the Saratoga Race Course's 2020 meet, fans may be wondering where they can catch the action. We've put together a list of where you can see the excitement live at restaurants, bars, and hotels starting on opening day, July 16.
11 Top Spots For Cheap Eats Under $15 In Saratoga Springs
Dining out doesn't have to break the bank. In fact, some of the best spots in Saratoga Springs have incredible food at reasonable prices. Whether you're making room in the budget for a spa day or don't feel like cooking, the restaurants on this list have you covered.
Where to Eat in Saratoga During the Holidays: Christmas & New Year's
The holiday season is often associated with stress - from the gifts to the traveling to the decorations. Let us help you take one to-do off your list, and probably the most important thing - the food! A variety of local restaurants in the Saratoga area offer dining for the Christmas and New Year's holidays. Check out the restaurants open during the holidays below and make your reservation.
Sample the Area’s Best Ethnic Cuisine at the 6th Annual Saratoga International Flavorfeast
This Columbus Day Weekend, take a trip to downtown Saratoga and enjoy a wide range of flavors from around the world at the 6th Annual Saratoga International Flavorfeast. Presented by Network Saratoga and Saratoga Food Fanatic, Saratoga International Flavorfeast is a popular celebration featuring delicious ethnic cuisine served by local restaurants.
Experience a Week in the Vibrant Arts Scene of Saratoga Springs
Want to indulge in the Saratoga Springs area's vibrant arts scene? We've got you covered! Follow this simple itinerary to get the most out of the region's arts hotspots during your week-long visit.
16 Great Places for Live Music in Saratoga Springs
From small acoustic gigs to big-name concert tours, Saratoga Springs is full of great music venues, no matter what kind you enjoy.
Sláinte! Enjoy 2020 St. Patrick's Day Events & Activities in Saratoga Springs, NY
Looking to have the best St. Patrick's Day celebration yet? Look no further than Saratoga! With the best bars, the best events, and the most fun - your St. Patrick's Day will be one to remember.
What to Do in Saratoga When It's Below 0 Degrees
Saratoga can get pretty cold in the winter, but there are a lot of indoor activities to keep you engaged, entertained, and even warm.
Where to Eat in Saratoga During the Holidays
Make your holiday season less stressful! Consider going out to dinner during the holiday season with meals available on Christmas Eve, New Year's Eve, and New Year's Day in Saratoga Springs!
Celebrate MLK Weekend and Find More Great Events in Saratoga
It’s going to be an eventful weekend in Saratoga Springs with the annual Dr. King Celebration, live music, a boat show, and more. Get the full breakdown below and make the most of your time in the area.