Madison won the “Rookie of the Year” award which is given to “The newcomer whose athletic ability, willingness to improve and dedication has contributed greatly to the success of Syracuse Cheerleading 2017-2018.” Brenna received the coveted “Orange Award” given “To the athlete who has been an outstanding representative of Syracuse Cheerleading through service events, appearances, games, and an overall commitment to our team.” Both young ladies cheered for their respective high school during their time in the Capital District and also cheered for a private cheer gym – Cheer Intensity – in Green Island. 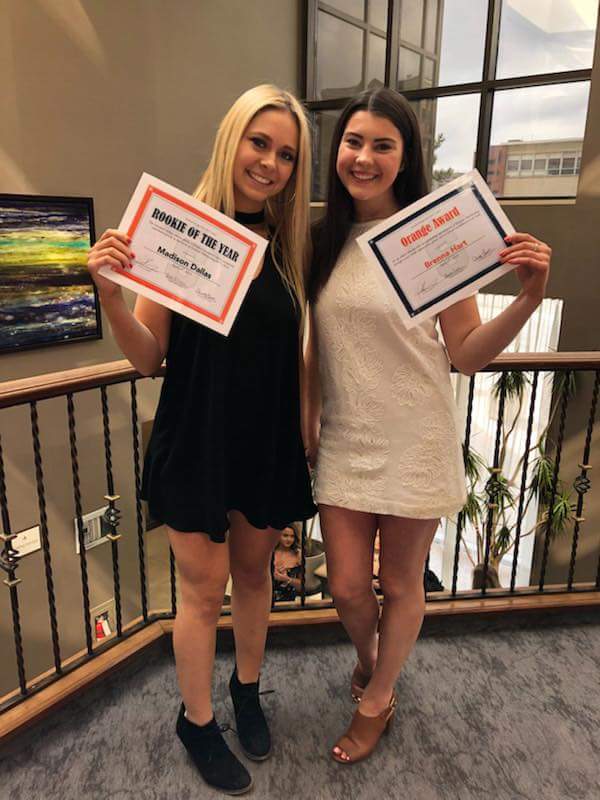 In addition to their cheer responsibilities during Syracuse football and basketball seasons, the ladies also got the opportunity to appear at many special events. They were part of the opening ceremonies at the New York State Fair this past summer and performed on stage with the Beach Boys. 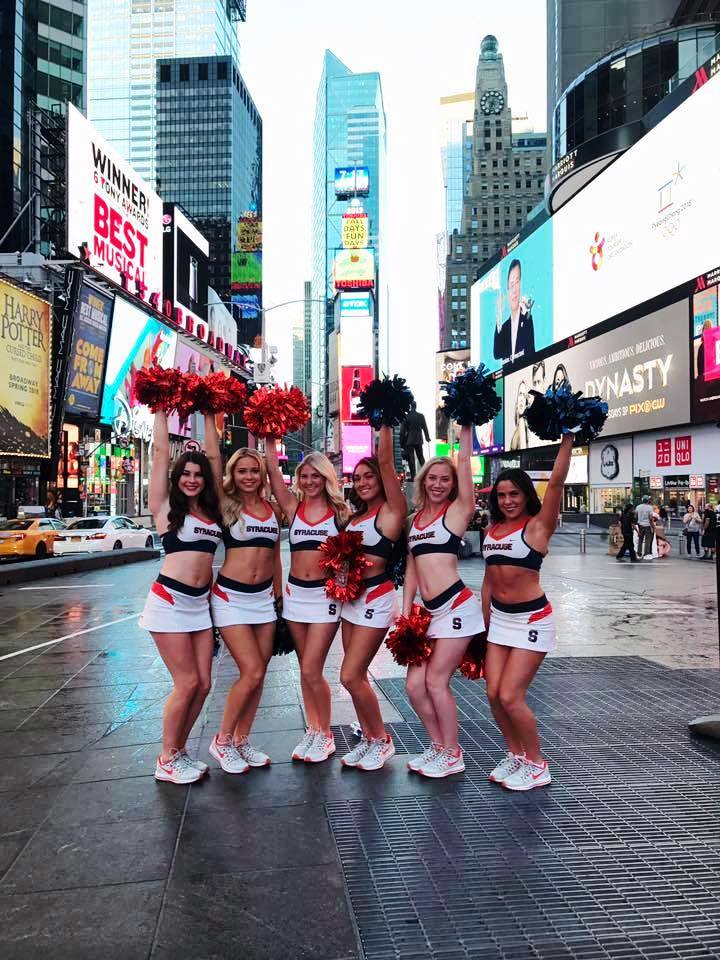 Also, the pair represented Syracuse cheer as part of the ESPN College Football Game Day telecast from Times Square on September 23rd. Madison and Brenna were chosen to be members of the 16 person team that represented Syracuse University at the UCA College Cheerleading and Dance Team National Championships held in Orlando, Florida on January 12 -14, 2018. 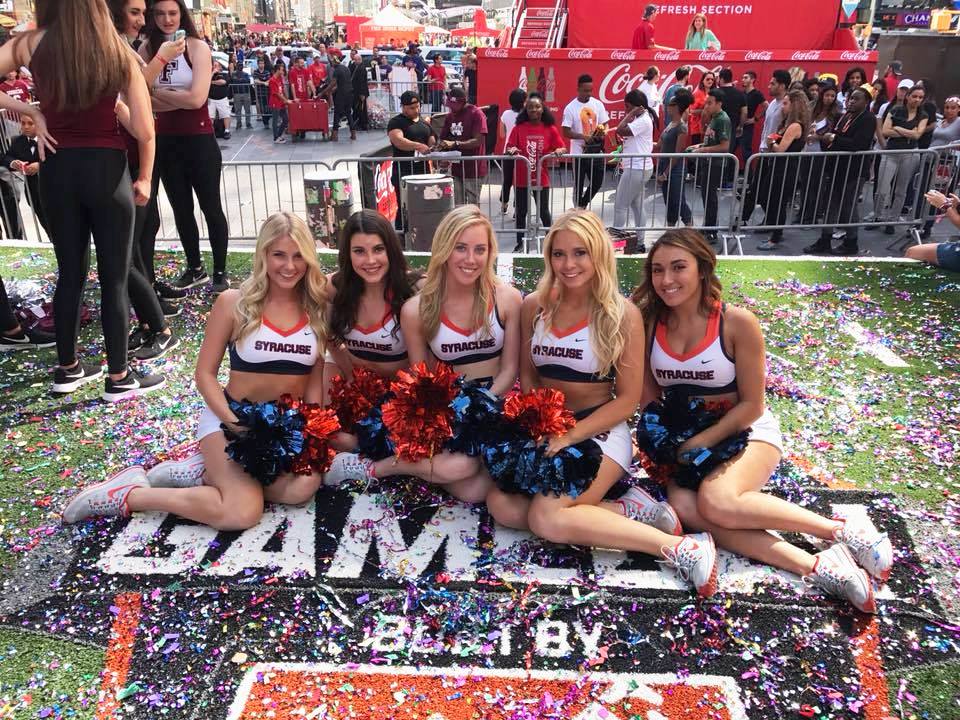