Horses can teach us a great deal about Life: all we need do is observe their lives and listen
to their words of Wisdom. The eyes of a horse are the windows into profound insight, if we humans can just slow down long enough to gaze into these deep pools of knowledge.

So every now and then, capital-W Wisdom comes my way, and I feel compelled to share. These insights usually come oozing in because I’ve been around a horse, or a horseperson (who passes on the knowledge, second-hand from her critter). Not that I fancy myself to be a font of Wisdom, but I catch glimpses of it in the breeze every now and then. I reach out, grab it, process it and pass it on when it seems appropriate.

Lots of the things that pass for Wisdom these days–isn’t. Celebrities spout personal platitudes, often inane–but because they’re famous and the words are written in exotic fonts–they get a book deal.

You won’t get a book deal by participating in “Horse Sense” here on Saratoga.com, but you may make some friends who appreciate the Wisdom that you share here. Please do make comments about the column, and please share your own Wisdom! It’s by reading and exchanging ideas that we learn about Life: we can create here a community of Horse Sensible People. How cool is that?

SO…what does the sad, sudden death of Michael Jackson have to do with Saratoga or horse racing? As a writer, I felt the urge today to pen something in his memory. But to my knowledge, Michael wasn’t a Thoroughbred owner, or participant in any other in the sport.

I put aside the notion, that somehow I could write something that wedded the two topics. Then, after several hours processing and a conversation with a bright young woman–the thought formed, and the piece practically wrote itself. 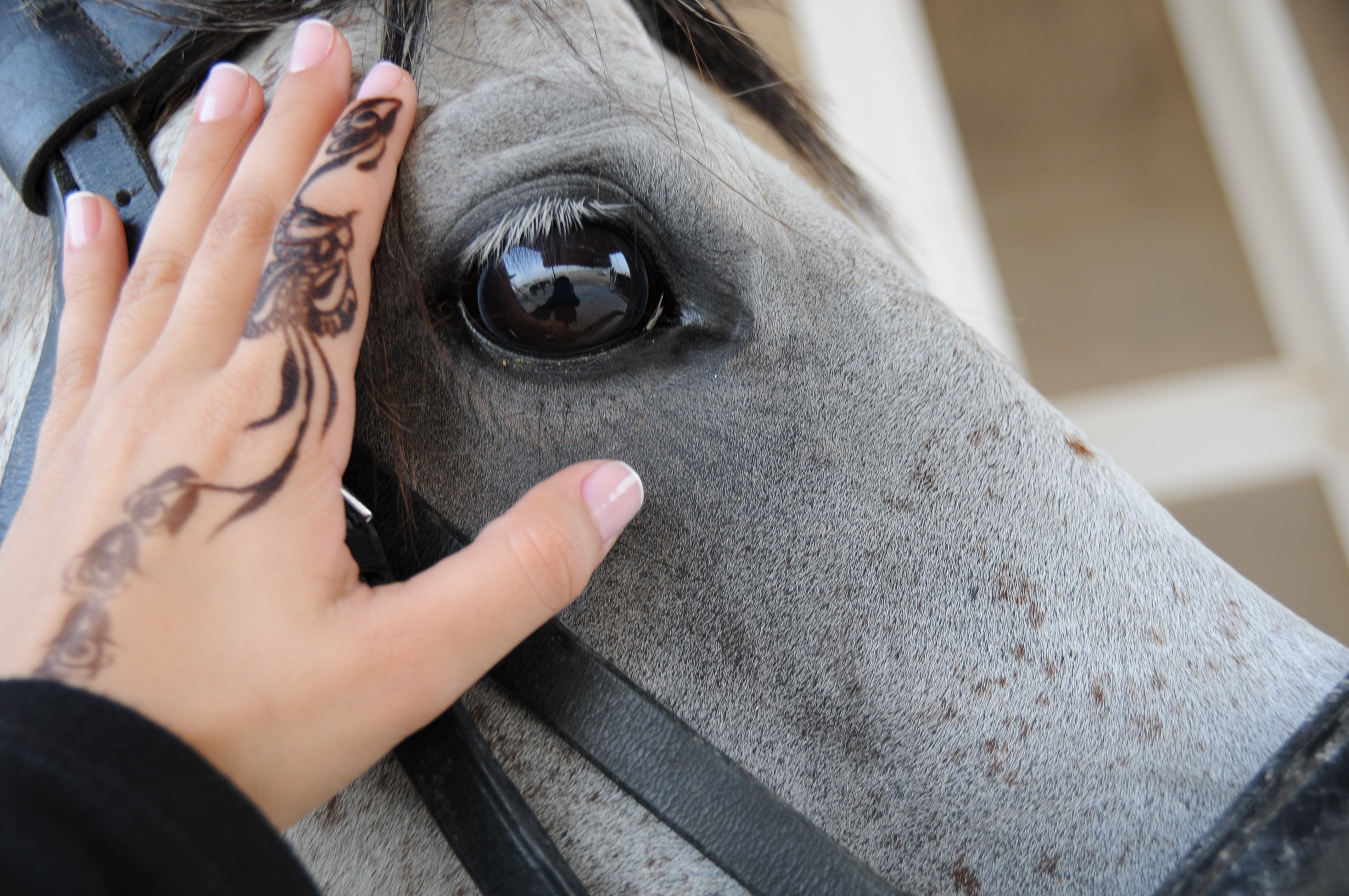 Cynical as I am about many things in life–and truly, I am among the first to express disdain for the cult of personality–the passing of The Gloved One has touched me in a way that surprises me. Sorting through it, I realize that a great deal of my unexpected grief springs from the fact that I am only a couple of years older than Michael Jackson. Not that I’m now fearful that I’m the next to go. No, unlike many who may read this page, I grew up with his music. I was almost 12 when the Jackson 5 first hit the scene. Many who may read this were beyond the age to dig them–or weren’t born until after “Thriller” was released in 1982.

But a great deal of my Life was orchestrated by the music of Michael Jackson. I’m thinking of the song, “Human Nature,” at this moment. I can tell you exactly where I was, and with whom, the first time I heard it. I was on a beach with friends, including the first young man I loved. The sea was crystalline, the sky, perfect blue. And that young man was, to my eyes, the most beautiful thing to walk the Earth. As we sat on a blanket in the sand, the battery-operated radio was suddenly goosed to life. Our reverie was broken by the almost quiet, cirrus cloud-like nature of those opening notes. It seemed to me in that single moment that I owed Michael Jackson a debt of gratitude, for he’d mystically created a piece of music that perfectly expressed that soft, golden, dreamlike experience of my newly-discovered feelings.

That ability, to capture a human heart and sew a memory into it forever, is a gift, indeed.

So I’m sad today, because someone who helped paint the canvas of my most intimate moments is now gone, without notice.

And I’m sad today because I realize that entirely too much will be written, squawked and broadcast in the coming days, magpies yakking about MJ’s own very frail, very human nature.

I’m used to that feeling of not fitting in–many people are just too “other” to casually slip into the beige tapestry of society. But MJ didn’t fit in anywhere, at any time. No wonder he created his Neverland: when you design the environment and invite in those few with whom you’re comfortable, you can dispel that feeling of otherness.

I often wondered if he was an alien–seriously. I have a friend who’s convinced thus. But alien or not, he was often called a freak.

I use that word with the utmost caution–for I respect the man, and valued him. But you see, this is the precise point at which the worlds of a deceased icon and Thoroughbred racing cross paths. If you’re not-yet familiar, the word, “freak,”–horribly enough–is used to describe a horse who’s above-and-beyond. Who defies all expectations–even for the breed, itself. This isn’t an unusual happenstance, this is common parlance. It may even be listed in popular glossaries of Thoroughbred racing.

The late, truly great Secretariat a often called a “freak,” as well. It’s not a nice word, or a good word. I hate the word, actually, it sends me ’round the bend. Makes me want to stick hot needles in my eyes. I detest it primarily because I believe that, with love and the nurturing of a good horse’s soul and talents, any horse can become darned-good. And darned-good can lead to near-great. And if you make it to near-great–you just may become encouraged enough and brave enough to go the whole distance.

There’s no “freak” involved. Secretariat was brilliant, big, gorgeous, perfectly-conformed–but a “freak”?? I think that we frail humans often attribute that description to a horse when we don’t understand how any living being can be that spectacularly outside the Horsie Box. And humans are notorious for being short-sighted, and failing to comprehend that greatness can, indeed, be lying just beneath the surface in anyone.

So Secretariat was called a “freak,” not because he was in some way weird–but because human language has all-but-lost the ability to embrace or describe the otherworldly.

And Michael Jackson was often designated the same because he was compelled to live outside the box–and in a treehouse–where he felt at Home.

The common attributes of these two very different beings, separated by space, time and species–is that both were genii and both ran their races their ways.

This is what we can take from the experience of losing a pop icon, a musical genius, and apply it to horse racing–and to our own lives. Michael Jackson, like Secretariat, was far-more talented than everyone around him. Both were surrounded by inferior intelligences and gifts. Both had detractors because of their superiority–the “tall poppy syndrome” is very real.

But both males in our scenario had the courage to put their heads down; get focused on the goal and do it as they chose.

If we get nothing else from the sport of racing Thoroughbreds–if you’re not interested in the horses as sentient, beautiful souls, or you’re not a degenerate gambler–you can take one thing from our sport: the encouragement to run your race–create your Life–your way.

Whatever your personal life goals, however you express the grandness of your soul–go for it. You may not have understood Michael Jackson–who did?–but you had to respect him for doing his life and his career his way, regardless of the criticisms of others. He often seemed frail, but that frailty covered a man who–perhaps simply because he was “different”–had been castigated by many…still charted his own course, did his life his way, right up to his dying day.

Secretariat was probably the greatest Thoroughbred to walk the Earth. I know we’ll never see another like him. He ran his races according to the dictates of his spirit. No one will ever–ever beat his 31-length Belmont win. When he died, they necropsied him, and discovered a heart that was larger and heavier than the “average” Thoroughbred’s heart. It was not enlarged or otherwise diseased, it was the literal and figurative expression of his profound inner strength, that spirit that propelled him into the Pantheon.

So who wants to be average? Not Secretariat. Not Michael Jackson. Not me.

Find your own finish line. Paw at the ground while you’re in the gate, then explode out of it as you pound for home. Focus on the dreams of your heart.

And don’t listen to those in the stands who call you a “freak.”

There’s a reason why they’re the spectators, and you’re on the track.

Run fast, turn left–and never, ever give up.