Visit Saratoga.com For Everything Saratoga
Enter Giveaways Advertise
Note: Saratoga.com is not responsible for posts and comments written by non-staff members.
Home  »  Horse Sense  »  Mothers’ Love and Horse Racing: Give Us the Reins, We’ll Take ‘er from Here.

For 11 years now, I’ve ranted, cajoled and begged for the world of horse racing to See it This Way, that women must participate fully in the sport in order for it to grow and thrive–both in the United States and elsewhere around the world. (I must note here that this argument applies only to Thoroughbred horse racing, for it appears that in the world of Arabian horse racing–misogyny and gender exclusion is noticeably absent.)

I awoke this morning at 4AM because words were going through my head, as happens too often. The words pummeled my brain and invaded my sleep until finally two hours later, yawning and all watery-eyed, I surrendered, got up and turned on the computer.
I have a story to tell you, and this story must be told in order for the title of this article to make sense. It’s a very personal story–one that very few people know. It almost frightens me, the thought of sharing this story with anyone–never mind, with the entire Universe, via Internet. But apparently it’s important, or the words wouldn’t have assaulted me with the intent of being written down with a specific purpose.
Aware of the fact that you, my readers, are viewing this on the Internet–and therefore, are part of the generations of humans who glean information virtually–I’ll keep this as brief as possible. I need to think that you get through the story, in order to understand truly the moral of the tale.
Unfortunately, that means that there’s a trade involved: In order to shorten the story to a length that won’t drive you away–I’ll have to use some words that are unsavory. Not “dirty” or socially unacceptable–but rather words that challenge the Great American Denial of Mortality.
Please read this article to the end. If you skim it, you won’t get the full meaning, and you need to understand the message here. Horse racing in general needs to Get It, and we can’t Get Something–Anything–if we don’t fully understand.
So read on–take your time, work with me here, folks. This story and the moral at the end are worth your time and energy…

It hurts me to write this–I’m crying as I recall this story. But, as sad as is the foundation of this experience–the punchline completely overrides the sadness. So I must write to get to that punchline, so that I can stop crying and get on with Life… 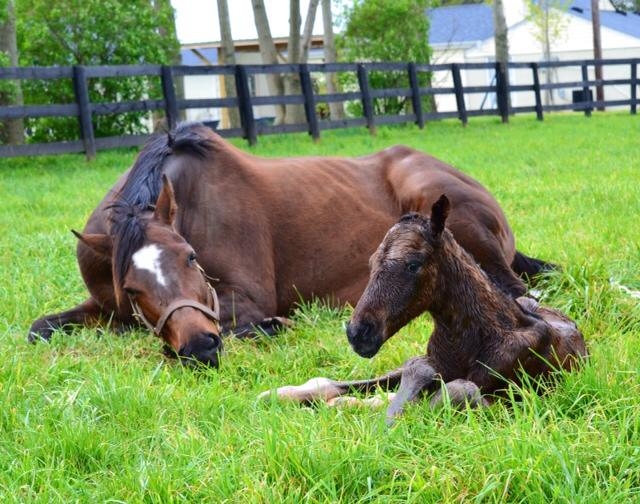