We urge everyone to contact individual businesses to confirm their hours of operation before visiting, while we flatten the curve through social distancing.
Home / Saratoga Lake / About

Enjoy a fun-filled day out on Saratoga Lake! Like much of Saratoga, beautiful Saratoga Lake is a valuable and treasured community resource with a style all its own. Located just a few miles south of the City of Saratoga Springs, it is approximately five miles long and two miles wide at its broadest point. 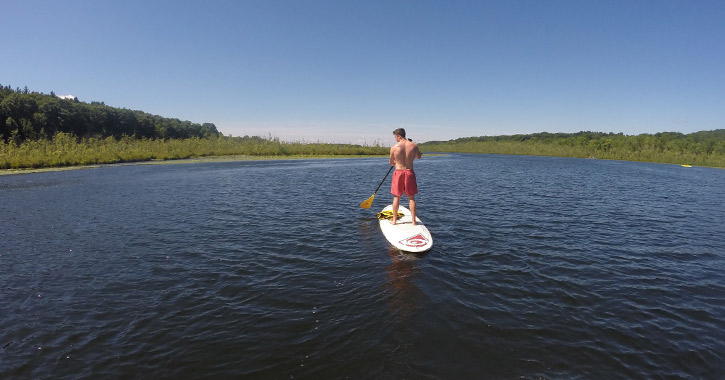 Saratoga Lake begins at the northern entry of Kayaderosseras Creek and Fish Creek and forms part of the southeastern border of Saratoga Springs. Easily accessible from either of these points, the lake has long been a destination for water recreation, enthusiasts and vacationers. Boaters enjoy cruising the clear expanse of Saratoga Lake, with water skiing, wakeboarding, jet skiing and tubing providing entertainment and a cool respite from the summer heat.

Most of the Saratoga Lake shoreline is privately owned, but there is a public access at the boat launch at the northern end for boaters, as well as several private marinas. The shoreline is dotted with recreational businesses that offer fishing guide services, water skiing, boarding or tubing rentals. Grab a bite to eat at Harvest & Hearth, located on Fish Creek. You can also check out Dock Brown's Lake Side Tavern or Carson's Woodside Tavern to grab a view of the Lake.

Fishing is superb! You can plan on spending the day in joyful pursuit of largemouth bass, smallmouth bass, northern pike and walleye. Ice fishing is prevalent in winter, and bow hunting for carp is an exceptional twist on a traditional sport! For ease of access, the New York State Boat Launch is located right on Route 9P, and has parking capacity for up to 100 trailers. 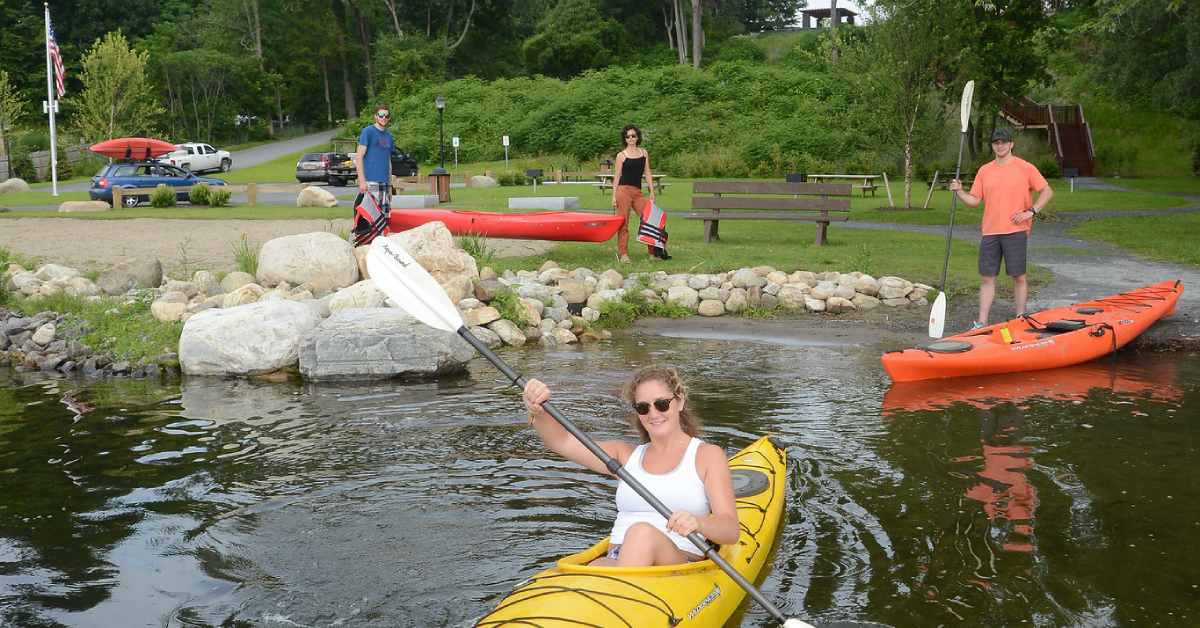 Row, row, row your boat! The sport of rowing has a long and distinguished history here, and visitors to Saratoga Lake may be greeted by the impressive sight of the championship Skidmore College crew team rowing the length of the lake. The lake has been host to national collegiate rowing races for renowned universities since the 1870's. The quiet calm of Fish Creek also makes it an ideal spot for wakeboarding. Taking out a kayak or canoe? Head to the Waterfront Park to set sail. Need a kayak or paddleboard? Rent one from the Kayak Shak.

Feel the need for speed? Saratoga Lake has many marinas that offer boat rentals for those who would rather motor, than row, to their destination:

You can also take a boat tour of the lake with Adirondack Cruise & Charter Co.

Interested in Saratoga Lake Real Estate? Contact one of the area Realtors so you can call the lake home!

Take time to enjoy the beauty of Saratoga Lake, and make memories as many others have for generations. To get to the lake, follow Route 9 South from Saratoga Springs New York to Route 9P, or take the Adirondack Northway (I-87) to Exit 14, then Route 9P South just under one mile.