Effective immediately, I’m giving up my previous mission, of working to create a horse racing media empire and striving to help women become fully part of the sport’s media landscape. In my heart, that mission served as the foundation for my obsession to help save horses from slaughter, abuse and neglect, by getting more females involved in racing media and on the boards of racing organizations.

Forget that. Yes, effective immediately, I’m overthrowing all previous vocational notions in favor of my True Calling. I’m slapping on a coat of Chanel red lipstick. I’m going to don a saucy black lace veil and acquire a large, bowling-ball-sized crystal ball.
Effective immediately, I’m trading in my laptop and microphone, and accepting my true role, as Horse Racing Psychic… 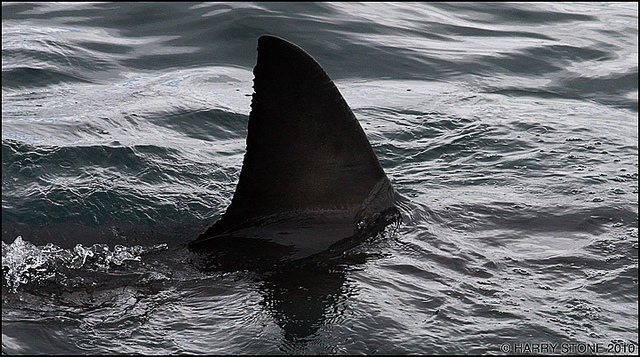 OK, so I may be joking, but I’m so giddy-up with self-congratulatory glee that I simply must share it with y’all today.

You see, on August 12, 2014, I wrote a blog article for www.TalkOfTheTrack.com. ( http://talkofthetrack.com/2014/08/keeneland-breeders-cup-recipe-for-renewed-elitism/ )
Oddly enough, I wrote this in the midst of the Saratoga race meet. I just awoke one morning, and felt compelled to address the ill-conceived commitment of giving the Breeders’ Cup to Keeneland in 2015.
Nothing wrong with Keeneland: I love the place. It’s beautiful and elegant. The Keeneland Kitchen serves the best, most delicious breakfast in the entire Commonwealth of Kentucky. There’s absolutely nothing wrong with Keeneland, at all. (Well, there was that silly Disney decision to use Keeneland as body-double for Beautiful Belmont Park in the film, “Secretariat.” How anyone in Disney’s admin offices could think that anyone who knows anything about horse racing would think that “…yeah, that looks JUST like Belmont’s paddock, building and track…”… I don’t know.)
So, the bit I wrote on August 12–and this one–are not anti-Keeneland rants. Don’t email me, and blast off on me for picking on Keeneland, itself.
That on which I pick is: the fact that in making the (no doubt, politically-driven) decision to house an ENORMOUS horse racing event in an UN-enormous facility–the Breeders’ Cup boyz have decided that only those who have an IN–who are members of the Keeneland Association, or who have a brother on the Board of the Breeders’ Cup–etc., will be able to get a ticket to the event.
Why do I say this? Because Keeneland’s Vice President and COO, Vince Gabbert, said as much, himself.
Let me remind you that, underneath Mr. Gabbert’s statements lies the implied fact that
Keeneland Association is a private club. Period And that causes a very big problem for the Breeders’ Cup–but more for race fans who think they’ll be able to get tickets for actual seats.
(Mr. Gabbert’s statements about Keeneland’s Breeders’ Cup were offered at a meeting of the Kentucky Genera Assembly Interim Joint Committee on Licensing and occupations. Tom LaMarra reported on the meeting and Mr. LaMarra’s statements in the September 12th “Blood-Horse” online.)
Mr. LaMarra’s headline caught my attention, right away:
“Keeneland Projects 45,000 for Breeders’ Cup.”
“Huh,” thought I, “at Saratoga, we call that, ‘Saturday.'”
As I dug into the article, I felt truly sorry for the guy. (Vince Gabbert.) No doubt, he was the sacrificial lamb who was thrown out into the arena to deliver this report. (I doubt that anyone would volunteer for the gig of trying to paint a rosy picture on that which is almost-certainly doomed to be a logistics and PR–public relations–nightmare of monumental proportions.)
The summary statement written by Mr. LaMarra, got to me. It should get to you, too:
“Because of space limitations,the Keeneland Breeders’ Cup set for Oct. 30-31 [2015] is expected to have more of an upscale, boutique feel, with access at a premium. However, other areas of the vast property will be employed to accommodate customers, including the Keeneland Entertainment Center, sale pavilion, and tailgating areas.”
This statement is a primo example of PR tap-dancing at its finest. (Not that Mr. LaMarra is doing the dancing; he reported only on what he heard. And what he heard was spinning as fine as any Dervish.)
Let’s deconstruct here:
* “…space limitations…” = Ridiculously small space available to the public.
* “…upscale…” = Astronomically overpriced tickets.
* “…boutique feel…” = No seats for anyone but “insiders.”
* “…other areas of the vast property…Keeneland Entertainment Center, sale pavilion, and tailgating areas…” = Expect to pay $300+ for a ticket that buys you the opportunity to sit in the Keeneland Sales Pavilion to watch the races on a wide-screen TV. (Which, BTW, you could do at home for free.) Get a $15 hot dog and a $10 can of beer. Yep, just like Home.
Ya know, they can call the Keeneland Breeders’Cup a “boutique” event all they want, but that concept flies directly in the face of the original concept behind the Breeders’ Cup.
First, the BC Board has given The Finger to tracks like Belmont, Monmouth and Arlington Park–you know, spaces that are large enough to accommodate all who want to attend. Their backroom deals with California are obvious. (Giving the BC to Keeneland was merely a bone thrown at the Eastern side of the United States, and to Kentucky.) Mr. John Gaines, founder of the Breeders’ Cup, designed the thing to spread around the wealth. His original idea was that every track in the United States that could accommodate the event should have the opportunity. By romancing California–with the occasional wink at Keeneland–the Breeders’ Cup Board has also given The Finger to the late, great Mr. Gaines. Second, we must ask: How can you invite “the world,” when the host track can accommodate less than 1/5 the number of race fans as can, say, Belmont Park?
The Breeders’ Cup never was intended to be a “boutique” event. The whole idea was to open up America’s horse racing to anyone in the world who wanted to participate on a grand scale.
There’s nothing grand about a racing event that will see race fans fly into Lexington from all over North America and the world–only to pay $300 or more for the privilege of tailgating on a hill, nowhere near a horse. If you get pushed around and feel used at the end of the Keeneland Breeders’ Cup–don’t blame me.
(And if you subject yourself to overpriced tickets and the lousy customer service that’s inevitable in this scenario–don’t you dare bitch ever again about standing in line at Belmont.)
You can call it, “boutique,” if you want.
It’s still elitism, plain-and-simple. Hard-core, Good Old Boys’ horse racing in a Members Only setting.
Men: doing the talking.
Women: couture arm candy.
Everyman: watching the races on TV in the sales pavilion snack bar.
You can also glue a dorsal fin onto a catfish, and call it, Jaws.
It’s still a catfish.
—————————————————————————————————-