By Jill Nagy
Get your life in order, think about possible tax changes and, above all, don’t panic. That is the advice of area financial advisors for surviving in the age of COVID-19.
“It’s never been more important to attend to your estate plan,” said Jeff Vahanian of Vahanian & Associates in Saratoga Springs. “We are very aggressive about this. People have had to adjust their behavior in many ways. I hope they refocus on things that matter.”
He urges his clients to have a health care proxy, naming someone to make medical decisions if they are unable to; a living will, to indicate their preferences in connection with medical care; and a power of attorney, appointing someone to make decisions in non-medical matters if they are unable to do so.
“In times like these, they are very critical. Nobody should be without them,” he said.
Vahanian said people with young children to should decide who they want to raise them if they are unable to do so.

By Joanna Piscitella, CPA
The Internal Revenue Service has issued final regulations on the business expense deduction for meals and entertainment following changes made by the 2017 Tax Cuts and Jobs Act (TCJA).
The Treasury Department and the IRS did not receive any requests to speak at a public hearing on the proposed regulations but they had received written and electronic comments in response to the proposed regulations.
These written comments were incorporated into the new regulations.
As a reminder, the 2017 TCJA generally eliminated the deduction for any expenses related to activities generally considered entertainment, amusement or recreation. However, taxpayers may still deduct business expenses related to food and beverages if certain requirements are met (Typically limited to 50 percent of the expenditure).

BY Mickey Orta
The top two questions that financial professionals have been hearing from customers are: “What’s going to happen to my investments and financial plans depending on the results of the presidential election?” and “When will things get back to normal post-COVID?”
While these questions can’t be answered directly, that doesn’t mean we have to sit tight without taking any action.
It’s probably safe to say that 2020 has not unfolded in a way that any of us could have predicted. The COVID-19 pandemic upended everyone’s plans—financially, and in general—starting in March. A busy and heavily contested election season added to the feeling of heading into the unknown.
Whether you’re looking at financial planning for 2021 from the perspective of a business or as an individual, the pandemic isn’t going away and so uncertainty is likely to continue.
To help reduce some stress, take a look at what is in your control and focus on those elements. Financial planning has many components that are squarely within your control.

BY Jessica M. Blanchette
Commercial tenants: Remember that extensive and wholly uninteresting document entitled “lease agreement” that you scanned, signed, then shoved into a file folder and never thought of again?
Well, it’s making a comeback.
If you are one of the many businesses struggling to pay your rent due to the economic effects of the COVID-19 pandemic, your lease agreement should be one of the first resources to which you turn for guidance.
Like all contracts, commercial leases typically include the standard who, what, where, when, and why provisions of an agreement between a landlord and tenant. But they generally go beyond that as well and many leases, especially long-term ones, also contain lengthy provisions outlining the rights, obligations, and, perhaps most importantly, protections for both landlords and tenants.

By John Flory III
It is time for businesses to play offense against cyber criminals: For the last 200 days the business world has faced unimaginable challenges. These challenges have forced us to stray from our comfort zone, modify our existing tried and true policies as we fought to survive. Going forward we have to anticipate the unexpected and be prepared for anything.
The strength of the American Economy comes from the resilient nature of its’ businesses. Solving for these challenges just makes them stronger.
The speed at which a “work from home” adaptation occurred and the laxing of policies to account for the transition, while closing the doors, has opened an enormous number of windows. While we have been learning how to be “operable”, cyber criminals have been ramping up their capabilities to exploit this new opportunity exposed to them. Where email phishing is still the primary way criminals are stealing from us, their tactics are changing, and we need to take an offensive approach to defending our livelihoods and our homes.

Ravenous Restaurant will be serving their final sweet and savory crepes and pommes frites at 21 Phila St. in downtown Saratoga Springs at the end of November.
After 21 years, owner David Zuka made the announcement On Nov. 2 that he will close the creperie on Nov. 30.
“It is with heavy heart that I’ve made this decision to close Ravenous and move on to my next chapter,” said Zuka. “I am indebted to this community, moreover, to the outstanding efforts of the staff who have helped me build upon the reputation of Ravenous since I purchased it in 2014. It certainly has been an enjoyable ride.”
Zuka purchased Ravenous in 2014 in a partnership. He became the sole owner in 2018.

By Jennifer Farnsworth
McCarthy’s Zark’s Angels Hair Salon owner Shelly Squires is feeling good about her new space and her working partner—her daughter.
With a recent move to new space within the same building, she said she feels positive about where her business is going.
The business is located at 118 Broad St., Schuylerville.
“Honestly, we feel like we are in heaven right now. We are content and happy with the changes that we made with the move, and of course I have my rock star daughter, Erica, to work with,” said Squires.
The Schuylerville salon had to close in March as a result of the COVID-19 pandemic. She said she and Erica had to split shifts when they tried to reopen in order to operate safely. It was difficult for them to work apart in the old space.

By Jennifer Farnsworth
WellNow, an urgent care provider in the region, will open a new facility in Saratoga Springs after the first of the year.
The shuttered Boston Market on South Broadway, near the intersection with Circular Street, is being renovated by the company.
Developer Devin Dal Pos of Laker Development owns the lot. He said renovations are being completed by J. Luke Construction/.He said the layout for the new WellNow location is similar to other locations in the area, with a spacious reception area and six exam rooms. They will be able to perform some lab functions like X-rays and screenings, including COVID-19 testing. 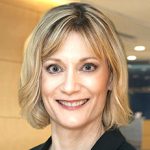