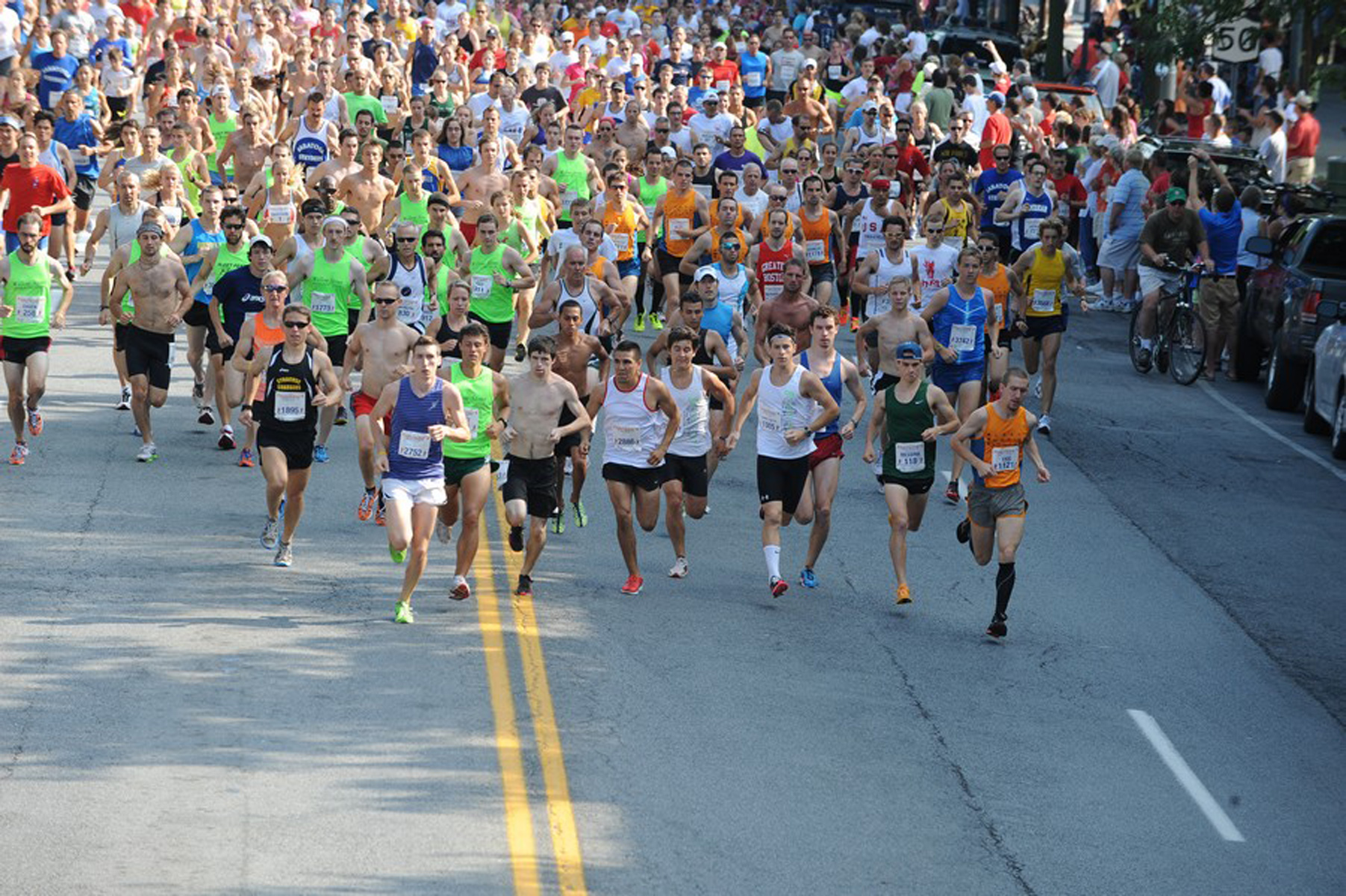 About 3,300 runners took off at last year’s Firecracker4 race on the Fourth of July, a four-mile race in Saratoga Springs, and organizers say even more are expected this year

More than 4,000 runners are expected to run in
the four-mile Firecracker4 Road Race in Saratoga
Springs, an annual event on the Fourth of July,
organizers said.

The event kicks off Saratoga’s All American Celebration that day, which features a parade, various activities downtown and in Congress Park, and fireworks. Food, refreshments and a vendor courtyard are part of the day.

Runners will proceed along a four-mile course that starts on Broadway and makes a loop through the east end of the city. Registration is now open for the 2013 edition.

“We are committed to our local athletes, the wellness of our community and the continued development of infrastructure that makes Saratoga Springs a destination for runners, walkers, bikers and recreationalists,” said Peter Goutos, race co-director, regarding the groups to receive race proceeds.

He said there will be some $4,000 in monetary prizes to the top individual and team finishers and 324 award categories and prizes for runners of all ages. Team competitions fall in the categories of military, public safety (police/fire/EMS), and high school/college scholastic teams

There is also a “Running in Colors” competition to reward business/organization with most runners in the same color shirts for publicity and bragging rights.

“We want everyone, of all ages and fitness abilities, to feel welcome at this event,” said co-director Bob Vanderminden Jr. “Especially on our country’s birthday, this is a run that captures the feelings of freedom and independence that people experience through movement, and the joy of community when people come together to celebrate.”

All runners receive a Dry-Fit Firecracker runner’s shirt with their registration fee.

“This is not just a race, but has emerged over the past several years as a Saratoga summertime tradition, attracting locals and visitors from as far away as Ireland,” the co-directors said.

In its first year, 2007, 142 runners competed. In 2012, the Firecracker 4 hosted 3,300 runners, up from 2,700 in 2011, organizers said. The runners range in ability from elite athletes, who complete the four miles in times of under 20 minutes, to everyday families and individuals who are trying to become more healthy through running or walking.

The race begins at the Saratoga Springs City Center. The course takes runners south on Broadway to Circular Street, east through the historic residential district and ultimately finishes behind the City Center at Ellsworth Jones Place.

Goutos said runners and their families are treated to the Freedom Hawk Band at the start/ finish. Close to 20 bands and musicians line the racecourse. A Vendor Village with local businesses, non-profit groups, food, displays and more is set up along Ellsworth Jones Way and the Algonquin parking lot.

Interested runners can register online at a cost of $26. The forms are found at the event website, www.firecracker4.com.

Goutos said organizers are looking for more businesses to become sponsors of the event to help with the high cost of the lavish production. More Vendor Village participants are also welcome. Custom sponsorships are also available.