We urge everyone to contact individual businesses to confirm their hours of operation before visiting, while we flatten the curve through social distancing.
Home  »  Business News  »  Four Seasons Natural Food Store Plans Expansion, Adding Building On Henry St. 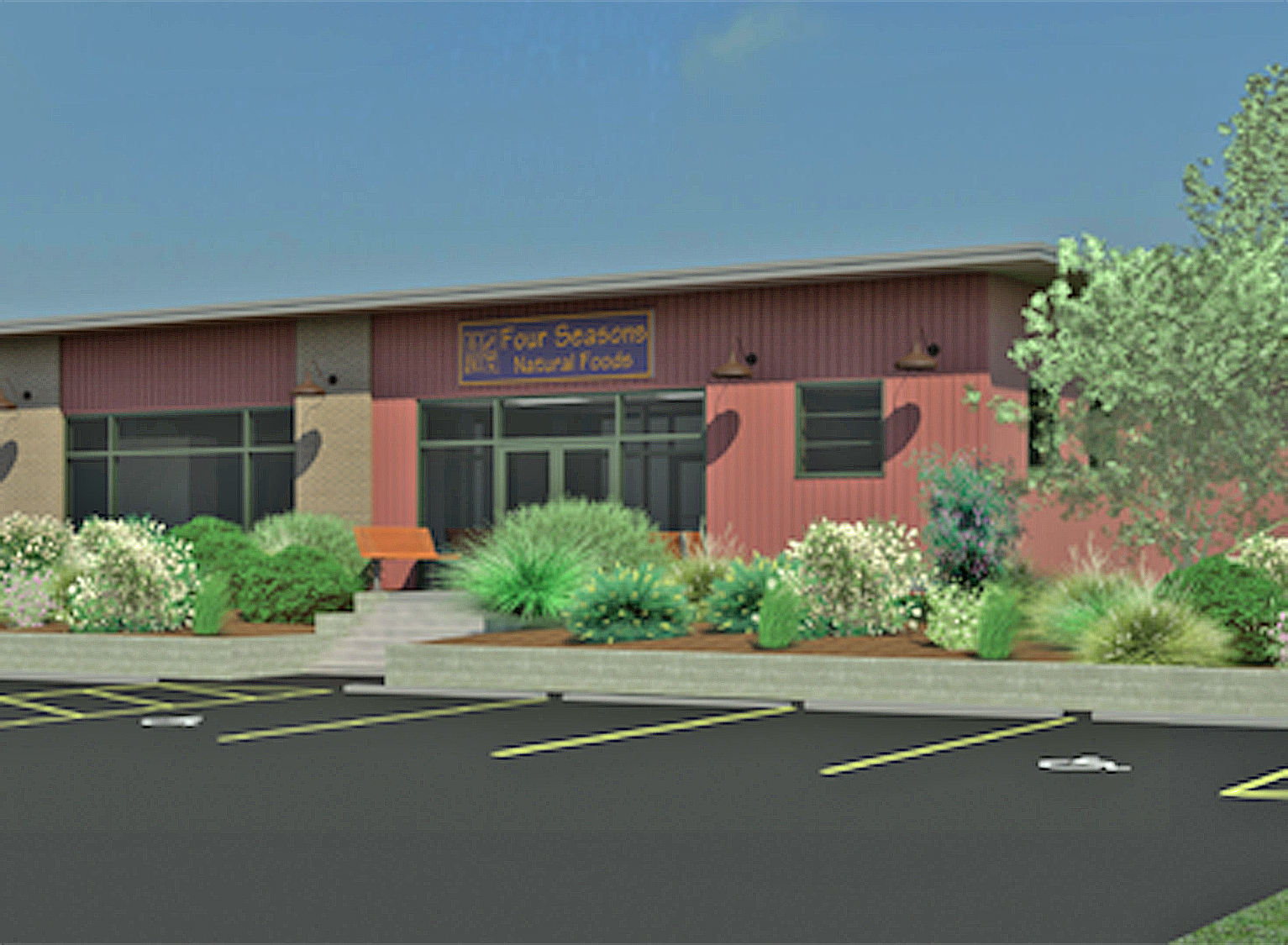 This architect’s rendering shows what the new Four Seasons facility will look like, to be used for retail products such as natural food groceries, organic produce and supplements

Four Seasons Natural Foods Store and
Cafe at 33 Phila St. in downtown Saratoga
Springs, plans to open a second site in the
city, at 120 Henry St.

The new site is an empty warehouse building
previously occupied by Warren Electric.
That location will focus specifically on retail
products such as natural food groceries,
organic produce, supplements, and aromatherapy,
enabling the original location to
offer a larger space for dining, according to
owner Richard Frank.

Frank said the expansion is the largest
project in the natural foods store’s 25-year
existence.

“We have been here for years and we’ve run out of room,” said Frank. “The plan is to leave our restaurant in its current location.

Having retail in a separate space enables the business to buy and store more merchandise. If I can buy 10 cases instead of two cases, and I can get a better price, I can sell to my customers at a better price. To me, that is big.”

Currently, the restaurant sits alongside the retail space, and food is made fresh daily and served buffet style. Items include hot and cold entrees, soups, salads, fresh breads and muffins, homemade desserts, teas, coffees and cold beverages. Most dishes are vegan and all are vegetarian. There are some tables, as well as seasonal outdoor seating, but space is limited.

“We definitely want to have more tables because it can get tight in here,” said Frank of the cafe on Phila Street. “We’ve also talked about doing some to-order selections. We’re considering sandwich options or weekend dinners. We’re also doing a little bit more with our dessert selections and juice bar so both have more of a presence, and we have checked about having wine and beer served at the restaurant.”

Frank’s practices at his store are ecology friendly.

“We compost almost all our waste, recycle whatever we can, pay for 100 percent green energy, have solar panels on our roof to help with hot water production, ,” he said. “Many of our staff have been here five years to a decade or more. To some extent, we are the ‘Cheers’ of natural foods–we’re not perfect, but we have a lot of heart and want to listen.”

Frank anticipates that the new site will open in Fall 2013. Architectural design of the retail building was created by Dennis Rigosu of Syvertsen Rigosu Architects PLLC in Clifton Park. Construction is being handled by Munter Enterprises, Inc., of Middle Grove.