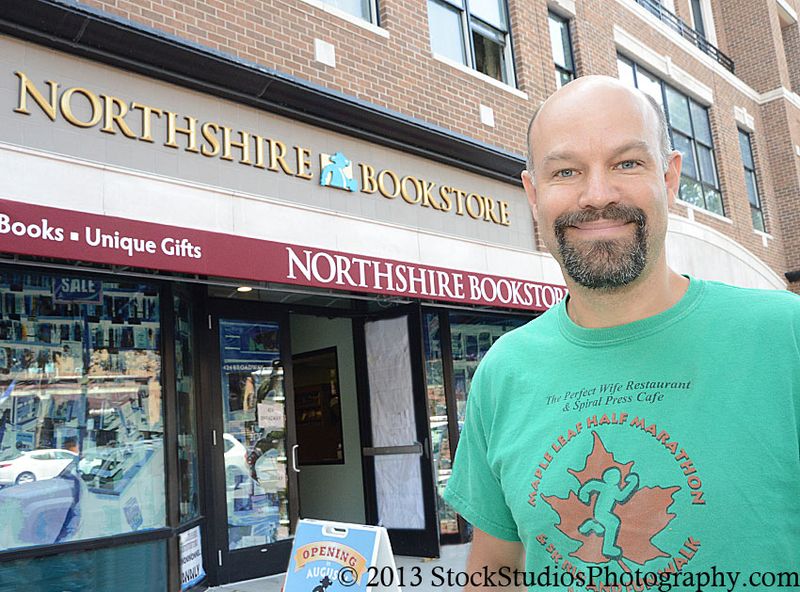 Chris Morrow, part of the Morrow family that opened Northshire Bookstore on Aug. 5 in downtown Saratoga, stands in front of the mixed-use building the store anchors

Northshire Bookstore opened its new
store at the Washington, 424 Broadway in
Saratoga Springs, with an Aug. 5 ribbon
cutting ceremony.

The store is the commercial anchor in the
new construction that is the Washington,
which in recent years has been a parking
lot between two restaurants, Lillian’s and
Cantina.

Kilwins Chocolates and Ice Cream, also
on the first floor of the building, opened
later the same day with its own ceremony.
Northshire Bookstore is an award-winning
independent bookstore, founded by
Ed and Barbara Morrow on Main Street in
Manchester Center, Vt., in September 1976.
The store is still owned and operated by the
Morrow family.

The process of opening the Saratoga Springs store has been led by Ed and Barbara’s son Chris.

A grand opening celebration is scheduled from noon to 5 p.m. Sunday, Sept. 29 that will include live music, a photo booth, face painting, door prizes and more, the company said.

“Northshire Bookstore chose to open a store in Saratoga Springs because it has all the elements that a good bookstore needs to thrive,” said Chris Morrow. “Saratoga Springs has a vibrant economy, an educated population, people interested in community– not just commerce–and a strong tourist and visitor flow.”

“The walkable downtown filled with independent businesses was also a major attraction for us,” he said. “The biggest draw, however, was the people of Saratoga Springs. At every turn we have met interesting, friendly and caring people. It is a community that we are excited to join.”

A community petition, circulated by Saratoga Springs resident Pat Friesen was the first impetus for Northshire Bookstore to consider opening the store. By the time it was sent to Vermont in July 2012, the petition ran to four pages, with dozens of local signatures.

Said Friesen “the anticipation of Northshire’s Saratoga opening is a dream coming true for all of us who began the process.” The new store is also supported by nearly 40 local investors, who have gathered together to provide significant community funding for the new store.