We urge everyone to contact individual businesses to confirm their hours of operation before visiting, while we flatten the curve through social distancing.
Home  »  Business News  »  Allegiance Bowl Featuring Franklin Pierce Vs. Cornell Will Raise Funds For Charities 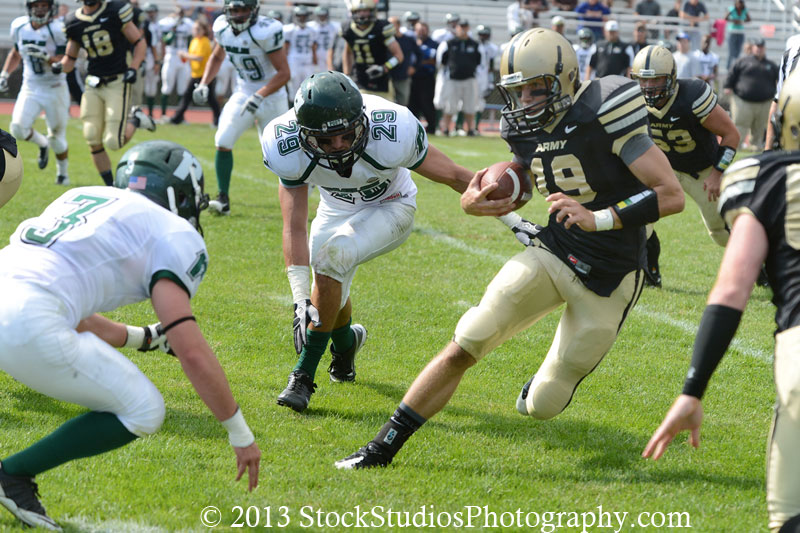 Army vs. Post University are shown facing off at last year’s Adirondack Trust Allegiance Bowl, an event that this year will see Cornell University take on Franklin Pierce University

The Allegiance Bowl highlights teams from
the Collegiate Sprint Football League where no
player can weigh more than 172 pounds three
days prior to kick off. The quick, explosive sport
places an emphasis on athleticism and team play
rather than on player size.

Cornell last appeared in the Allegiance Bowl in 2006 and this year marks the first appearance by Franklin Pierce, a college in New Hampshire. Bowl game activities include a banquet the night before the game to welcome players and fans. It is open to the public, and will feature as keynote speaker former West Point garrison commander Col. Pat Kane, a member of Army’s undefeated 1972 sprint football team.

Scott Perkins, committee chairman, said his committee’s goal was to bring an authentic “bowl game” atmosphere to the event.

Game day features family-friendly activities including a vintage military aircraft flyover, skydiving exhibition where jumpers deliver the game ball to the stadium, an award-wining marching band, and a performance by the Racing City Chorus. Since its inception, the Allegiance Bowl has raised over $60,000 for youth charities.

Tickets to the banquet are $25 and may be obtained by calling 588-6952. Game tickets are $5 in advance, $8 day of game. Tickets may be obtained from any Adirondack Trust Co. branch, Walton’s Sport Shop, or Perkins and Perkins, Attorneys, in Saratoga Springs, or at the gate.