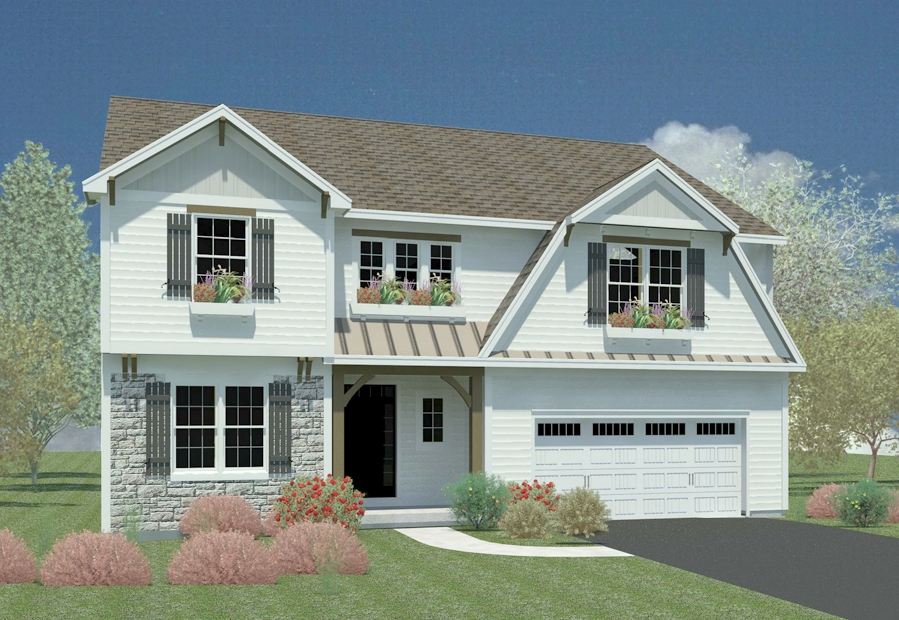 This is a rendering of one of the styles of homes that will be part of a 63-home development in a subdivision on the north side of Smith’s Bridge Road, east of Davison Drive

“Affordable luxury” is the term Belmonte
Builders attached to homes in The Mill at
Smith’s Bridge, a single-family housing development
getting underway in Wilton.

New homes in that price range are “rare
in Saratoga,” according to Peter Belmonte,
president of Belmonte Builders. He said the
Smith’s Bridge homes will offer amenities not
found in pre-owned homes in the same price
range, such as air conditioning, attached twocar
garages, sprinkler systems and granite
countertops. The four-bedroom homes will
each be on a one-third-acre lot.

The subdivision is located on the north side of Smith’s Bridge Road, east of Davison Drive.

A homeowners’ association monthly fee will take care of snow removal, yard maintenance, and maintenance of common areas. Belmonte sees those services attracting aging baby boomers who no longer want to shovel snow and mow lawns, as well as younger families without a taste for those tasks.

Other sections of the development are in the traditional do-it-yourself mode, expected to appeal to young families and older homeowners who don’t want to part with their lawnmowers and snowblowers.

Prices for “affordable luxury” homes begin at $330,000. Other sections of the development, with larger houses on larger lots, will sell in the $440,000 range. Houses will include ranch-style models, as well as two-story buildings and some homes with a master bedroom on the first floor and the other bedrooms upstairs.

A sales center is open every afternoon and construction of a model home was expected to start in December, Belmonte said. After that, construction will begin on one home a week for the next six weeks.

Contracts have already been signed for the first six homes, Belmonte said.

Belmonte Builders has three other singlefamily developments under construction, each at a different price point: McKenzie’s Way in Saratoga Springs, at about the same price range as The Mill at Smith’s Bridge; Floral Estates in Wilton, in the $550,000 range; and Meadowbrook, an estate home community in Saratoga Springs, beginning at $800,000.

In addition, the company is about to begin work on a condominium development in downtown Saratoga Springs, called City Square at the site of the former Ellsworth Ice Cream Dairy.

Renderings of the proposed homes can be found on Belmonte Builders’ website, BelmonteBuilders.com. They can be reached by telephone at 371-1000.