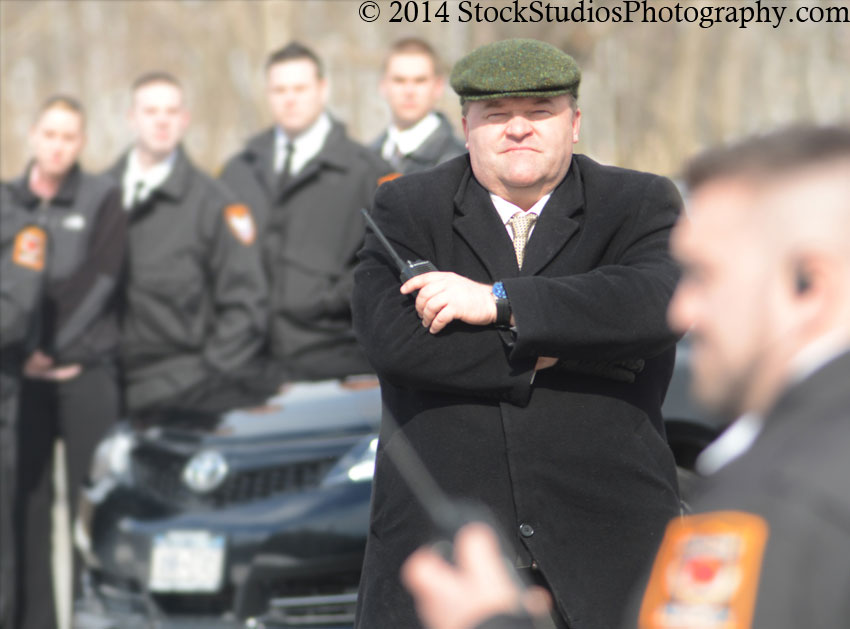 After 22 years with the Albany Police Department,
retiring as a sergeant, Timothy Williams
finds that he gets “almost the same adrenaline
rush running a business.”
His business, Williams Security Services,
Inc., in Saratoga, provides security guards to
area businesses and individuals.

Williams emphasized that his is a locally
owned business, hiring local people and returning
some of the company’s income to the
community in the form of scholarships for high
school seniors. He said he takes particular
pride in hiring military veterans, as well as
both retired and active off-duty police officers.

He has among his employees a former Border
Patrol officer, and others with law enforcement
experience.

New employees attend the basic eight-hour state Department of State training course, followed by 16 hours of on-the-job training, resulting in a state security guard license. Armed guards require another 47 hours of training, much of it on the firing range, Williams said.

Williams was brought up in a “law enforcement family,” he said. His father was colonel in the State Police and headed the Bureau of Criminal Investigation (BCI). As head of BCI, his father organized seminars for police officers, scientists, and others involved in investigating and studying homicide. He died months before the first seminar, in 1987. The series was named the New York State Police Col. Henry F. Williams Homicide Seminar in his honor. More than 4,000 officers have been through the program.

“I try to follow in my father’s footsteps,” Williams said.

Fees for unarmed guards range from $19 to $30 an hour. An armed security guard will cost between $50 and $80 per hour. A service Williams calls the “executive protection and handling detail,” essentially bodyguards, ranges from $70 to $130 an hour, depending upon travel and other factors. “For the quality of officers we are providing, those are reasonable prices,” he said.

An entry-level unarmed security guard can expect to be paid $12 an hour. If he carries a gun, his salary begins at $20 per hour. For executive protection, salaries begin at $45-50 per hour but those are generally experienced officers, Williams said.

“We pay a little bit more than some of the other companies because we expect more,” he said.

Williams also offers technical counter surveillance services. His computer network experts “can sweep hotel rooms, corporate headquarters or the travelling routes of senior corporate clients, diplomats, and A-list celebrities to protect personal and sensitive information and images from being stolen or transmitted without authorization,” he said.

He said his company has “very good relations” with local police and sheriff’s departments. “They are very supportive and good to work with,” he noted.

In addition to operating his security business, Williams is an elected justice in the Town of Saratoga. Consequently, he does not enter into any contracts in that town in order to avoid conflicts of interest.

He is also a licensed security officer and does some guard work but sees himself as primarily a businessman, a role he finds “very rewarding, very exciting,” and always a challenge.

Williams Security Services, bonded and fully insured, is online at www.williamssecurityservices. com. He can be reached at 396-9438.