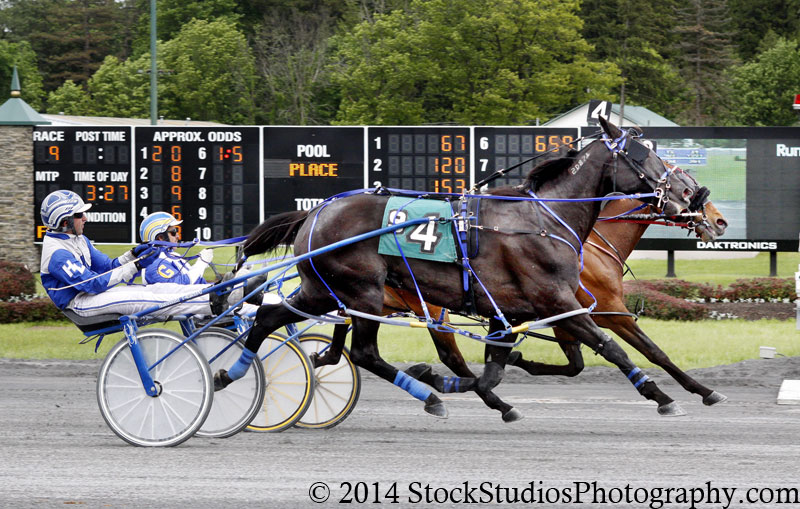 Over $16 million in purses will heighten competition for horseowners, trainers and drivers during the 73rd harness racing season at Saratoga Casino and Raceway

One one of harness racing’s most historic
venues will feature the return of Raceway
Rewards, a lucrative “cash card” player
rewards program aimed at giving back to
players throughout the 2014 racing season,
officials said.

“The product on the Saratoga Harness track
has never been better,” said John Matarazzo,
director of racing operations at Saratoga Casino
& Raceway. “We are proud to be returning for
our 73rd year in such strong standing. Horsemen
will be competing once again for purses
that are exceeding $16 million and our signal
will be simulcast in over 150 venues throughout
the world.”

Opening day featured a complimentary baseball cap provided to patrons who purchased a live racing program during the matinee card. As always, parking and admission are free.

For 2014, the sixth annual Joe Gerrity, Jr. Memorial will consist of one dash for $260,000 on Aug. 16. The 2013 Gerrity Memorial featured Bolt the Duer, who last year equaled the world record and shattered the harness track record by an impressive 2-second margin. This year’s event will once again draw the best pacers in the Northeast, Matarazzo said.

Saratoga Raceway’s spring schedule will consist of live racing Thursdays, Fridays and Saturdays at 6:45pm and Sunday matinees starting at 12:45 p.m. As the summer hits, the racing program will expand to five days a week.

Also marked for return is the popular fireworks on July 3. The free fireworks show will take place after racing, which offers a special 5 p.m. post time the day of the event. The full season schedule is available at www. saratogacasino.com.

The annual Back to the Track event will also be returning this summer. The event is a cooperative effort encouraging families to celebrate the track and is organized by the U.S. Trotting Association, its member racetracks and horsemen from coast to coast. The 50-cent Pick-5 wager, and it’s potential for lucrative carryovers will be expanded into all racing dates after showing popularity among bettors throughout 2013, said Matarazzo.

Other wagering options that will continue are the 50-cent minimum wagering option on pick-fours and trifectas which launched in 2011, the 10-cent superfecta and the traditional wagering menu.

Also new for racing this year is an increased presence on social media. Fans are encouraged to follow the @SaratogaCasino Twitter and Instagram accounts, as well as to use the #SaratogaHarness hashtag to share photos and videos of their experiences at the harness track.