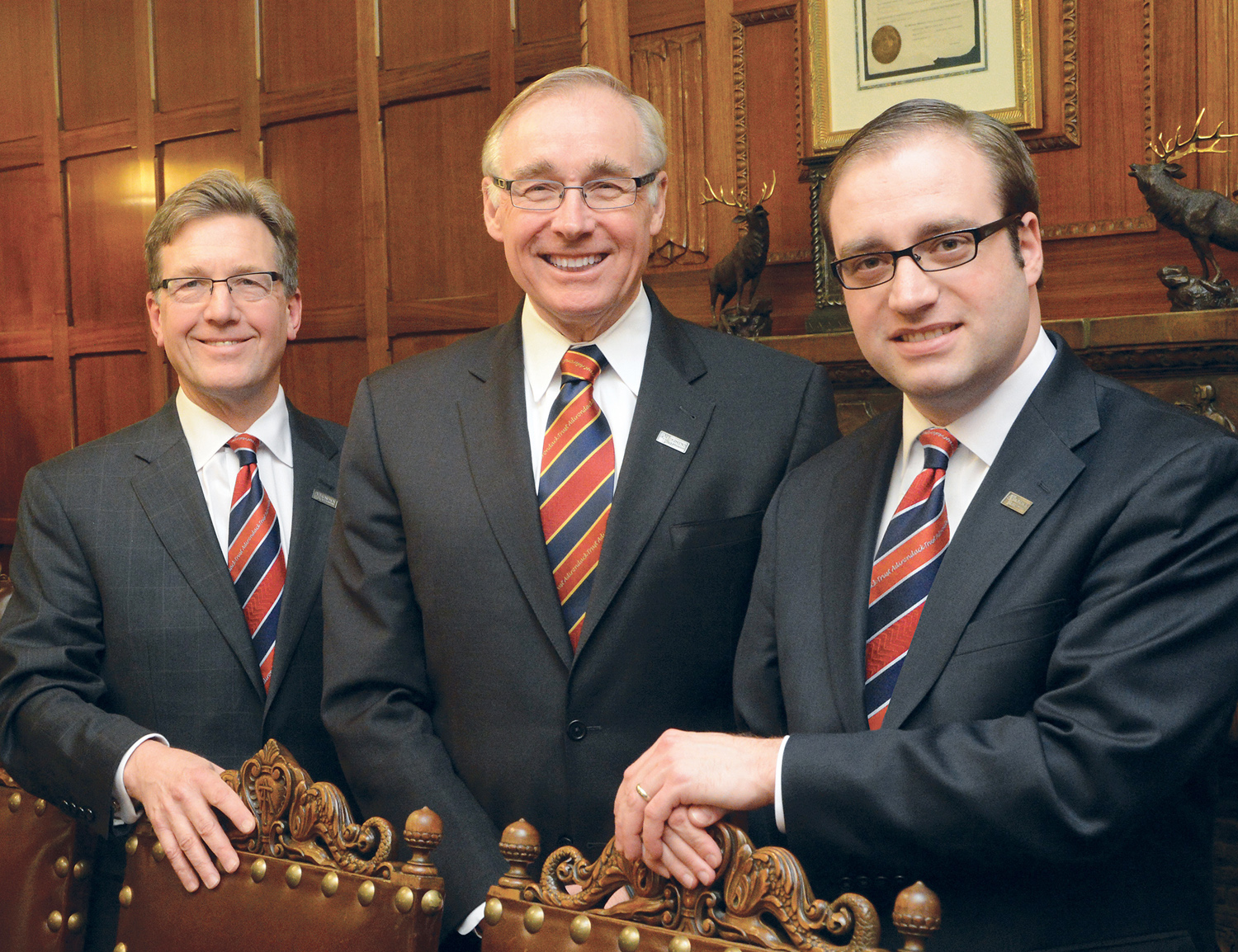 The appointments were approved by the
board of directors and took effect last month.
“With these appointments, we are broadening
our leadership team to drive the continued
growth of the Adirondack Trust Co. and to meet
the emerging needs of our customers and our
community in the years ahead,” said Wait.

He said the bank “is fortunate to serve the most dynamic, attractive and growing region of Upstate New York and doubly fortunate to have the advantages of deep banking and community experience and generational continuity as we pursue innovative new opportunities to help our customers and our community grow.”

The management promotions for the bank include Bryan Booth, who was promoted to vice president in the Accounting Department, and Jenifer Riggi to assistant vice president, consumer loan manager.

As chairman and chief executive officer, Wait continues to lead the overall operations of Adirondack Trust Co. with a special focus on long-term growth strategy for the bank.

“Steve von Schenk is an exceptional leader who has been instrumental in the growth of the bank’s mortgage, consumer and business lending programs. The bank and our community have both benefited from his vision and energy,” said Wait.

“I am particularly proud of my son Charles, who brings extensive legal experience to the bank and who, since 2009, has overseen our legal and regulatory affairs. Charles is the fourth generation of our family to work at the bank and his professional and community experience has prepared him to take on additional responsibilities.”

He received an honorary degree from Empire State College and recently received the Lifetime Achievement Award from the Saratoga Springs Rotary Education Foundation.

Von Schenk, who joined the Adirondack Trust Co. 10 years ago, brings to his new role 30 years of community banking and commercial lending experience in upstate New York. He is active in the Saratoga and Warren County communities, serving as a director of Saratoga Hospital and as chairman of the Saratoga Hospital Foundation; as chairman of the Saratoga County Chamber of Commerce, and as a director of the Economic Development Corp. of Warren County. He is also a past member of the board of the Statewide Zone Capital Corp. Von Schenk, a graduate of Utica College, holds an MBA from the SUNY Albany. He and his family live in Diamond Point on Lake George.

Locally, he serves as a member of the board of directors of the Empire State College Foundation and is the president-elect of the Saratoga Springs Rotary Club. He and his wife live in Wilton.

Booth joined the Adirondack Trust Co. in 2011 as Assistant Vice President, Controller. He is responsible for overseeing the day-to-day operations of the Accounting Department. He works closely with the CFO in financial reporting and analysis.

Riggi joined the Adirondack Trust Co. in 1988 in the Installment Loan Department. She is responsible for managing the Consumer Lending Department which also includes developing and maintaining lending relationships with area auto dealers.

“Bryan and Jenifer have demonstrated tremendous skills in helping our organization grow,” said Wait. “In their respective areas of expertise they will help our company meet the challenges of today as well as plan for the future. ”

The Adirondack Trust Co. is an independent, employee and locally owned and operated community bank with $1 billion in assets and 12 branches offering business and personal financial services, including residential and commercial mortgages, commercial loans and trust, investment and insurance services. The Adirondack Trust Company is rated by Bauer Financial as a 5-Star bank.