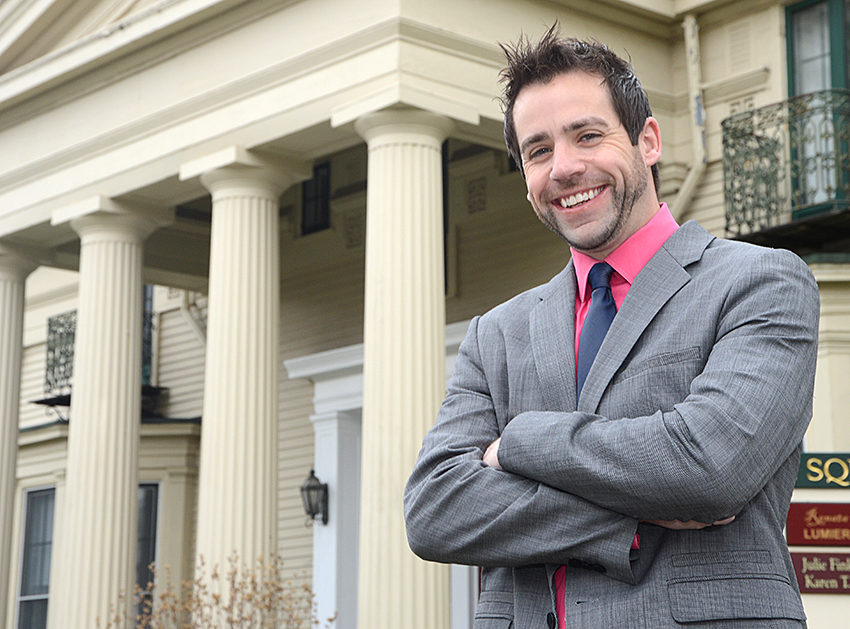 ©StockStudiosPhotography.com Christopher Ryan of Six Degrees Marketing Group LLC relocated himself and a branch of his business to Saratoga Springs. His motto is “Reaching the world is only a whisper away.”

Resonating with a company’s potential customers
in ways that cause them to “laugh, cry, relate,
or remember” is what makes an effective marketing
plan, said owner/operator Christopher Ryan
of Six Degrees Marketing Group LLC.

Six Degrees was founded three years ago in
Vermont. Ryan said they’ve been quite successful
there, helping one of their clients, Woodard
Marine of Lake Bomoseen, to become the number
13-rated marine dealership nationally.

Ryan said they had a few clients in the Saratoga
area and, beginning to sense “the pulse of Tech
Valley,” decided to establish an office, located at
4 Franklin Square in Saratoga Springs.

Ryan has himself relocated to the area. The company, with two graphic designers, two sales reps, and a proofreader, provides marketing services in print, radio, television, and tech formats.

Six Degrees Marketing seeks cohesion in getting the traditional media to work with the more technical in ways that best meet a company’s marketing needs.

Ryan stressed the importance of networking, following the notion that there are only “six degrees” of separation between a business person and someone they, and a customer, both know.

Word of mouth is one of his company’s best means of advertising, he said. So it’s important to employ creativity in marketing that resonates with the public in ways that they remember because what people remember, they share with other people.

Coming from a small state like Vermont, Ryan expressed a sense of having been shaped by a business environment where “clients are your family.” He strives to provide help growing their business in a non-intrusive, way, “not invading their day.” The company’s motto is “Reaching the world is only a whisper away.” Said Ryan, “you just need to know who to whisper to.”