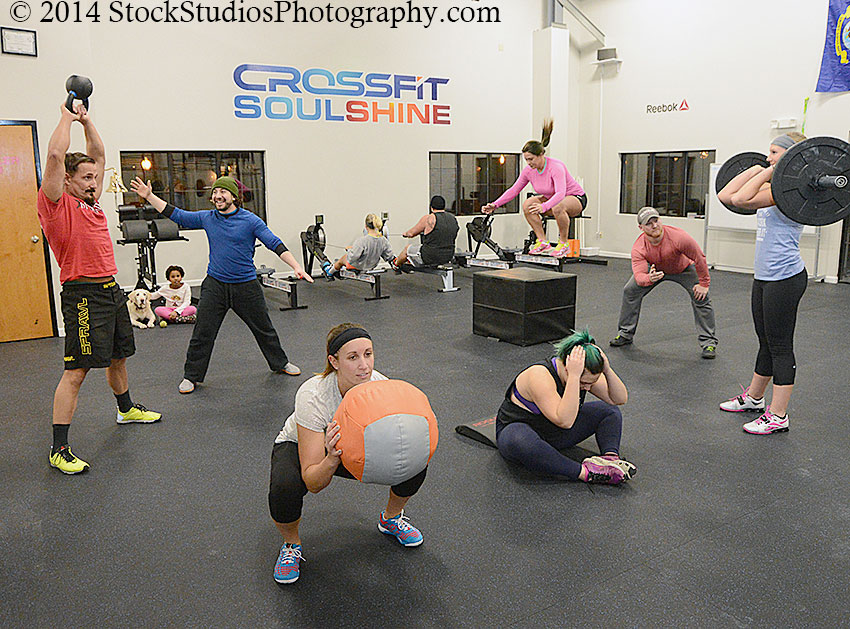 There is a “workout of the day” at the facility
and each day’s workout combines elements of
Olympic weightlifting, cardio endurance routines
and gymnastics.
Blomquist recommends people do three to
five sessions per week.

Although he describes himself as ex-Navy
and “an athlete all my life,” Blomquist is relatively
new to Crossfit. He has been involved
with the program since 2012 and the Saratoga
Springs facility, which opened Oct. 1, is the
first time he has had his own gym.

His business partner, Jason Ackerman, on
the other hand, joined the movement in 2007.
He previously owned gyms in Albany and Clifton
Park and spent time at Crossfit headquarters.

Ackerman and Blomquist joined Crossfit
Soulshine as “affiliates.” They negotiated for
permission to use the name, but are free to
outfit and operate their gym as they see fit,
Blomquist explained.

“It is not quite a franchise,” he said, “There
are far fewer rules. It’s not a one-size fits all,
but takes on the personality of its members and
the community,” he noted.

So far, 50 people have joined the Saratoga
Springs facility, about evenly split between men
and women, most of them ranging in age from
mid-20s to 40s. However, he said, it is too early
to have any “serious demographics.”

People of varied skill levels work in groups
at the gym. Fitness levels also vary.
“We can scale any workout to any individual
and meet their personal needs,” Blomquist
said. “A group community is what we really
push.”

Crossfit Soulshine is on the web at www.crossfitsoulshine.com. The telephone number
is 350-4455.