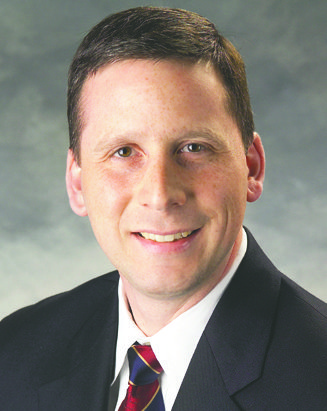 A retirement plan is one of the few tax-advantaged
savings options available to just
about anybody. Still, too few take advantage
of a plan’s unique benefits, say retirement
planning professionals.

“The population as a whole has not saved
enough at this point,” said Glen Larkin, an
investment officer and financial planner for
Adirondack Trust Co.’s Trust Department.

Even for those fortunate enough to have
company retirement plan distributions and
personal savings and investments, in addition
to social security payouts when they
retire, Larkin said the impact of taxes and
inflation must be taken into account when
determining whether the projected income
will cover expenses during what could be a
25- to 30-year retirement, or longer.

But don’t retirees usually need less
money in their retired years than they did
in their working years?
That is the conventional wisdom, which
may not be holding true anymore. Unpredictable things come up in life, Larkin said.
The culprit is rising medical costs, not
only in the premiums paid for coverage,
he said, but also in the bottom-line price
of treatments.

“Many components of monthly spending
can be controlled but no one can predict
where health care expenses will go, ”
Bouchey said. “That is because they are
inflating at a much greater rate than the
consumer price index.” 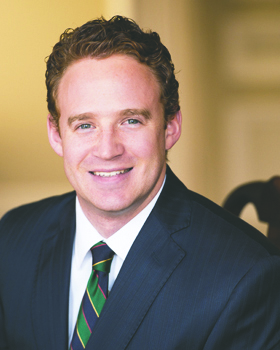 As even the most generous companies
come under pressure to trim health coverage,
the threat of higher future medical
spending overshadows retirees as well as
current employees.

Trends like this demonstrate why retirement
planning is such an important and
integral part of financial planning, and why successful retirees involve a professional
to determine future goals and objectives
while designing a plan to help meet their
needs, say the experts.

“Planning for retirement takes time
and understanding the needs and income
sources of the individual,” said Jim Campone,
senior vice president of the Wealth
and Financial Group of NBT Bank. “Many
people put more effort into planning their
vacation than their retirement.”

“Retirement planning is not a one-size-fits-all proposition,” Larkin said. “Planners deal
with many scenarios.”

“A planner gives you clarity on the things
that are relevant to your whole financial
picture in retirement,” Campone said.
The first recommendation a retirement
planner may make is which type among the
expanding realm of tax-qualified plans to
establish.

“Congress has been quiet this year,” said
Bouchey. Yet it was not that long ago that
Simple IRA and Roth IRA plans, followed
by Roth 401(k) and the Solo 401(k) plans,
came onto the legislative scene.

The variety of tax-qualified plans is designed
to provide something for everybody
at different stages of a career or during the
evolution of a company, said Richard Fuller
of Richard W. Fuller, CPA. 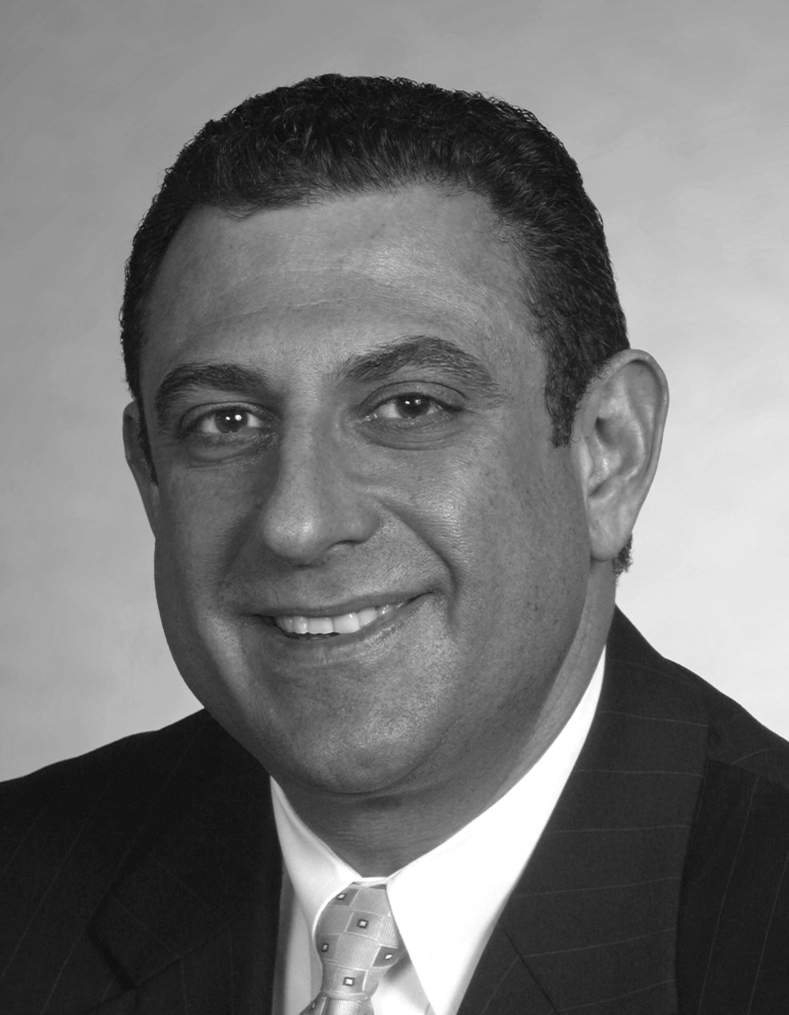 Keeping on top of reporting requirements
and other areas of legal compliance
is the key challenge of administrators. For
example, there are deductible and nondeductible
types of individual retirement
accounts and “each has a different tax
outcome and guidelines for participant
contributions and reporting,” said Fuller.

“If new in business and the owner has a
few thousand dollars to put aside, contribute
fully to a Traditional IRA,” said Fuller.
“Double that, from $10,000 to $25,000
available for contribution, and the options
include a SEP (Simplified Employee Pension)
IRA or Simple IRA, both of which
avoid the complexities of a pension or profit
sharing plan.”

“A sole proprietor or partner can also
begin a 401(k) plan for the company, but
costs go up with the complexity of a plan,”
he said. “However, to contribute more than
$25,000 a year the individual would have to
set up a form of pension or profit sharing
plan, or a combination of those plans, or
consider a Solo 401(k) with reduced reporting
and administration than the traditional
401(k).”

As a company grows, the business owner
may find switching to a different type
of qualified plan more beneficial for accumulating
assets for retirement. There
is another decision to make when adding
employees, as different plans require employees
to be covered and vested as part of
non-discrimination regulations and other
ERISA rules.

“ERISA is the governing body for retirement
plans,” said Campone. “Their focus
in the industry has been on disclosing the
fees associated with a plan and making
sure plan providers are providing accurate
information that the client company and
participants can easily compare to other
plans.”

Therefore cost is another variable to
consider. Campone said there are custodial
fees, administrative fees, investment
management fees and fees built into the underlying
pools of investments themselves.

“Transparency is the buzzword today,”
said Campone. “Consumers have rights
and plan sponsors are obliged to maintain
certain records and disclose them, not hide
behind the numbers.”

Larkin believes the media has done a fine
job educating consumers of the benefits of
retirement planning. Thereafter it is up to
the professionals to “know the customers,
understand their needs and objectives, and
help them work toward realistic goals,” he
said.

On the other hand, some believe the
media has not properly educated consumers
about the pitfalls of withdrawing money
from a retirement plan before age 59 1/2,
when penalties kick in on top of ordinary
income taxes. 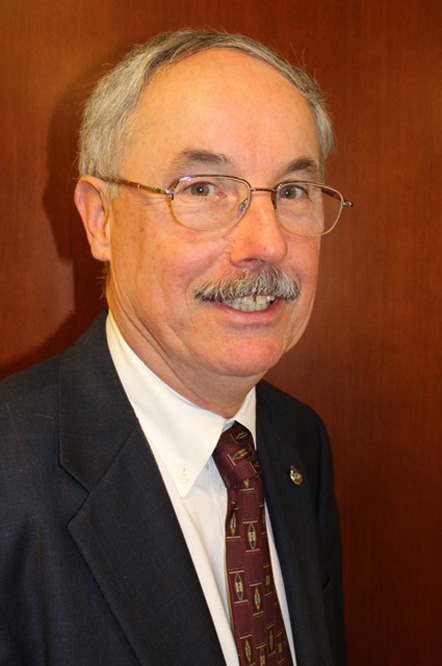 Richard W. Fuller Fuller, is a CPA with his own independent firm in Glens Falls.

“We tell our clients regularly that if they
are considering any financial change, they
should call us first to investigate how their
decision might impact income taxes,” said
Thomas J. Kubiak, EA, tax advisor and
owner of Accutax Income Tax Services.

Even though younger workers “are not
thinking about retirement,” Fuller said “the
earlier they start, the better the result”.
“Younger workers are scared of the stock
market because of the turmoil of 2000 and
2008,” said Bouchey.

“You only have one chance to retire the
way you want to, so focus on that,” he said.
“Having a discipline to savings, especially
during prime earning years, and keeping at
it makes all the difference.”

Retirement plans do not have to be
invested in risky options. In fact, it is better
to choose an ultra-conservative option
than to hold off contributing altogether, the
professionals say.

Consider what happens when a 20-yearold
puts aside $100 a month in an account
with zero interest and no capital growth.
At age 65 the account would be valued at
$54,000. The plan participant would have
had a $1,200-a-year tax deduction and an
extra $54,000 to spend during retirement.
Compound the account at only two percent
and it will have grown to $87,466 in 45
years, according to Kubiak. The planholder had the same $54,000 deduction from current
taxes and earned $33,000 tax-deferred
until the money is withdrawn during retirement.

While a low-earnings investment is better
than none, it is difficult to “avoid the stock
market if seeking to get growth out of a
portfolio,” Larkin said.

Two-percent has historically not been
difficult to obtain in the U.S. stock market,
although past performance does not guarantee
future results. The average annual
rate of return of the benchmark S&P 500
Stock Index was 9.19 percent for the past
10 years, 11.15 percent for the past 20 years,
and 18.47 percent for the past five years as
of December 31, 2013, according to www.yahoofinance.com.

“Plan conservatively, but do plan,” said
Bouchey, who works with many on the verge
of retirement. “A planner will help you keep
on track.”
“It is not the easiest conversation to tell
someone they have to reel in spending during
retirement,” he said.

Retirement services companies use investment
models that guide participants
to the best option or options for funding
their plans.

“The core strategy at NBT Bank is to
utilize research and asset allocation models
that provide the appropriate choice that
matches the participant’s goals and objectives,
from conservative to aggressive,” said
Campone.

Fuller said, “We help people navigate
that matrix of choices to their best interest
this year while recognizing that things may
change next year, or the next.”

Start it and stick to it is the mantra of
retirement planning professions. And contribute
as much as you can.
“Most companies will match at least a
portion of employee contributions, but
employees have to participate first,” Campone
said.

“It always makes sense to maximize
retirement contributions before making
investments or adding to savings that are
not tax-deductible or tax-deferred,” he said.

“Get past the first step and make a commitment,”
said Fuller. “Contribute on time
to get the tax advantages, as deadlines for
setting up and funding the account vary
among plans.”