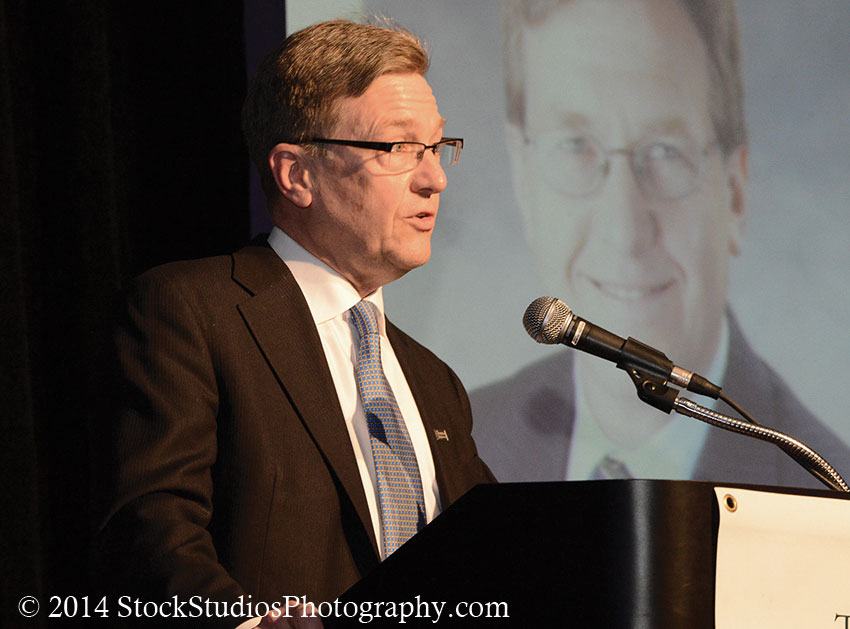 Stephan von Schenk, president of Adirondack Trust Co. and Saratoga County Chamber of Commerce board chairman in 2014, speaks at the annual dinner at Saratoga City Center

Some 675 people attended the annual
dinner of the Saratoga County Chamber
of Commerce on Jan. 29 at Saratoga City
Center in downtown Saratoga Springs.

The event kicked off with a cocktail
reception, followed by dinner and program
that marked the beginning of the term of
Valerie Muratori, executive director of
Saratoga Bridges, as the 2015 chairwoman
of the Chamber’s board of directors.
It was the 97th annual dinner on for the
organization.

She takes the place of Stephan von
Schenk, the president of Adirondack Trust
Co., who was the chairman in 2014, and
serves on the Chamber’s executive committee
as the immediate past-chairman. Muratori became a member of the board
of directors in 2011.

In addition to recognizing the incoming
and outgoing board chairs, the Chamber also recognized as 25-year anniversary
members.

Joining Muratori and von Schenk on
the executive committee are Matt Jones,
of the Jones Firm as chairman-elect for
2016; David Collins, of DA Collins and Brian Straughter of the Turf Hotels as vice chairmen;
Theresa Agresta of Allegory Studios
as treasurer; and Nafeesa Koslik of the
Hampton Inn – Clifton Park as secretary. 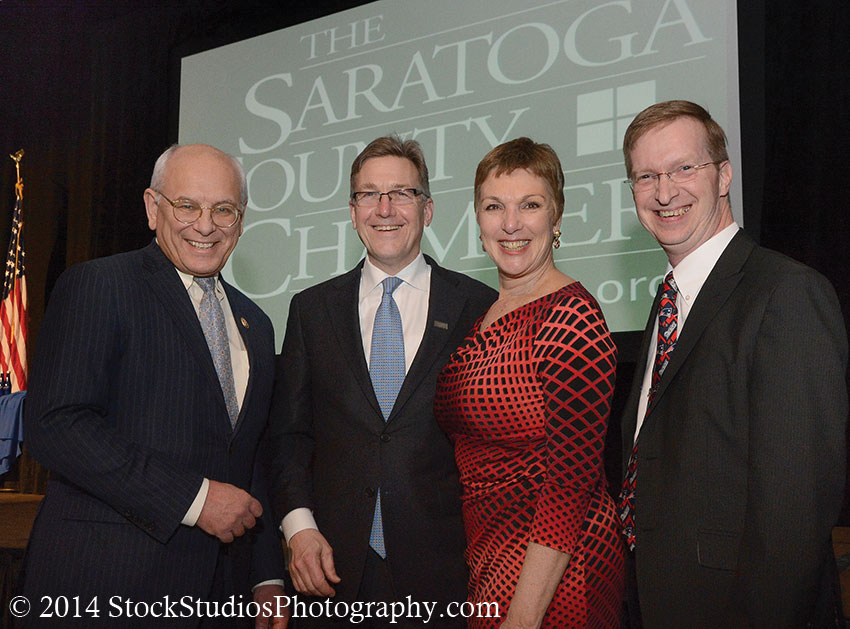