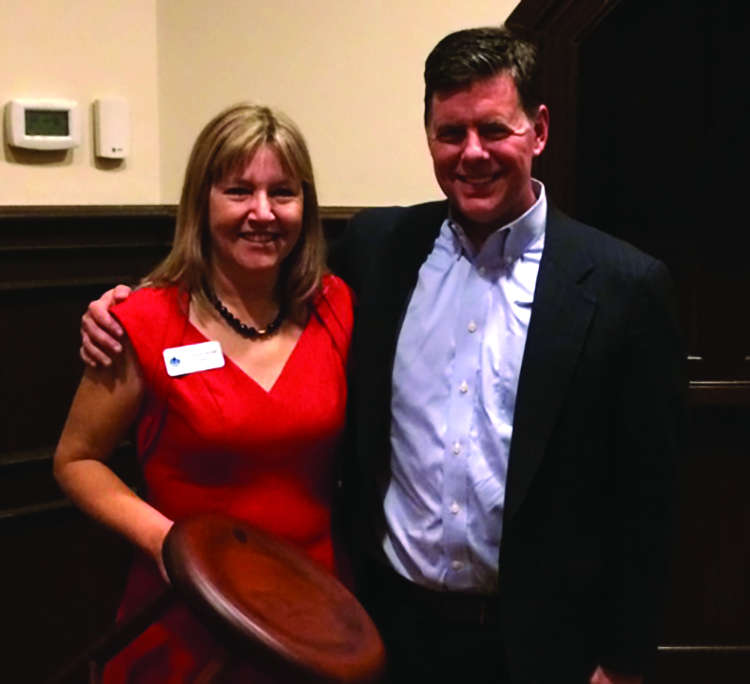 Annemarie Mitchell, president, CEO and cofounder
of Legacy Timber Frames in Stillwater,
was presented with the Three Legged Stool Award
by the New York State Builders Association at the
Capital District Builders and Remodelers Association
(CRBRA) installation dinner on Jan. 29.

It was one of two awards presented by the
state organization.

Mitchell received the award for her dedication
in 2014 to the “three legs” of the Builder’s Association:
local, state and national in 2014. The award
goes to one member in the state of New York.
At the session, Mitchell was also installed as president of CRBRA for a second term.

The other NYSBA award went to Pam Krison,
executive of CRBRA, who won NYSBA Executive
Officer of the Year award for her work in 2014.
This award is given out to one executive officer
out of all the local home builders associations
in the state.

CRBRA is a professional trade organization
whose members are dedicated to following a
strict code of ethics that provides consumers
with the confidence that they are hiring reputable
builders, remodelers, suppliers, and home building
service providers.