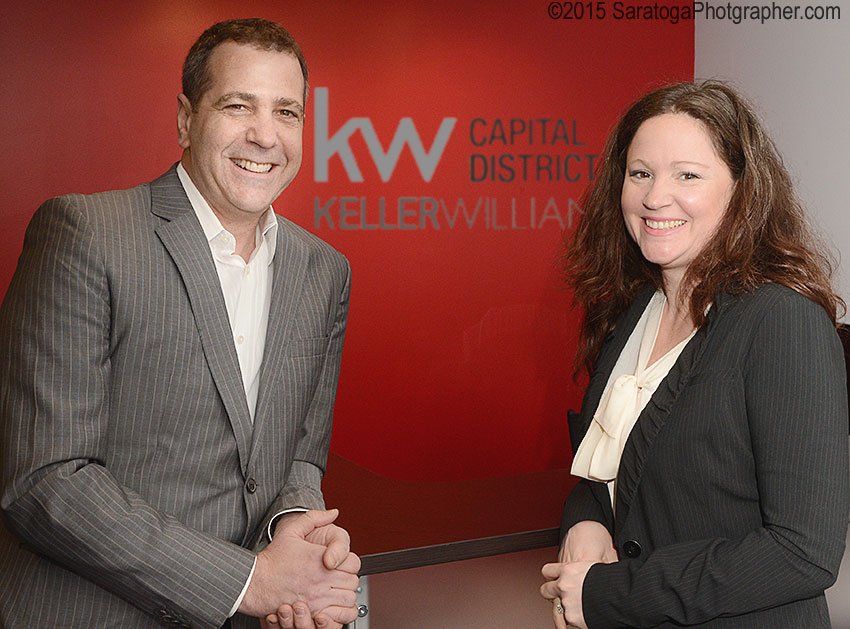 Marc Weiss and his wife, Carrie, operate the Keller Williams office in Saratoga

Keller Williams Real Estate will open an office in
Saratoga Springs in the next few weeks.

Marc Weiss, the regional director and franchise
holder, said that “they are just doing the finishing
up touches” on the office space at 353 Broadway, on
the fifth floor of the Hotel Van Dam.
“We will be up and running very quickly,” he said.
A grand opening will be scheduled in June.

Keller Williams specializes in commercial
property and luxury homes, according to Weiss. He
expects to open the Saratoga Springs office with 20
people, mainly brokers. His goal is to grow the office
to 100 people.

Weiss described Keller Williams as the largest
real estate brand in the country, with some 114,000
associates and the company adds more than 25,000
more each year. He and his wife, who own the local
franchise together, already have offices in Latham
and Delmar. He reported 24 percent growth last
year and expects similar growth in 2015.
He characterized Saratoga as a “stellar market
… I love the community and the culture.”

The parent company has a different business
model from other national real estate organizations,
Weiss said. Realtors are independent contractors
(the usual arrangement) but Keller Williams helps
them grow their brand, he said.

“We build a partnership with our associates,” he
said, including a profit-sharing plan. The company
also provides training. “We train them to help them
become business owners,” providing classes and
coaching for brokers and associates.

Weiss said he grew up in a commercial real estate
family. His father is a Capital District and Massachusetts
developer. Some of his recent projects were the
Price Chopper headquarters in Schenectady and
the Starlight Music Theater in Latham.

Weiss can be reached at 229-9099. His webpage
is www.kwcapitaldistrictny.com.