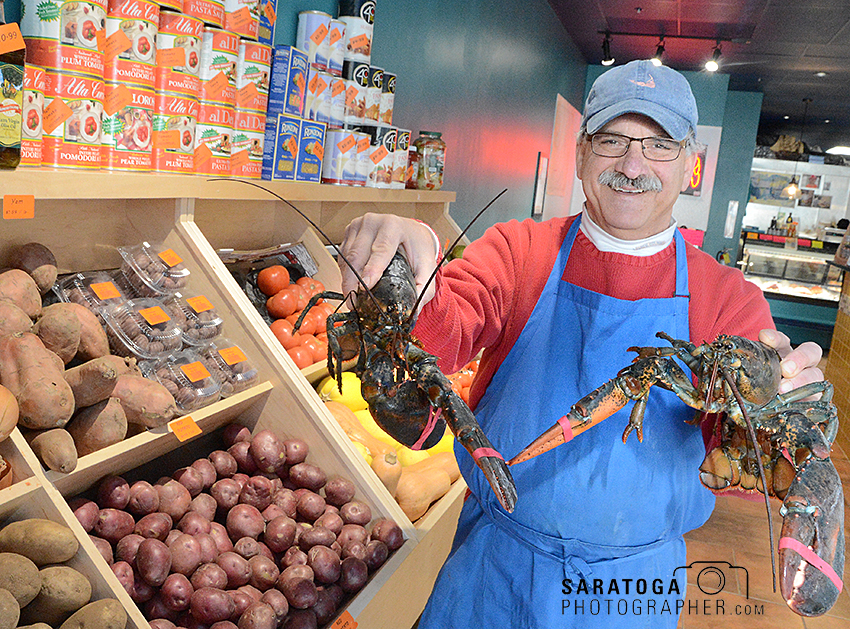 People looking for places to buy fresh fish may be excited to know about the opening of Harvest Moon Market in Clifton Park.

Harvest Moon Market opened at 1512 Route 9 in the Save More Beverages Plaza.

Owner Jim Laiacona has been involved in the fresh produce industry his entire life. He previously worked with his father at Michael Laiacona Produce, and was also the owner of Harvest Cut Produce. He sold the business two years ago, which now operates as Capital City Produce.

Laiacona said he decided to partner with friends and family to create a fish market. Doug Freeman is the fish specialist at the store. Laiacona’s wife, Jeanne, and their son, Jesse, help with the cooking of many products at the store.

Harvest Moon Market receives deliveries five days a week from Boston, the owner said. All of the fish is thoroughly inspected for quality and arrives fresh each day.

Some of the fish at the market includes cod, haddock, monk fish, Chilean sea bass, scallops, shrimp, lobsters, and more.

“If it swims, we own it,” said Laiacona. “Our salmon we’re featuring right now is a Norwegian salmon. It’s delicious.”

For those who have never been to a specialty fish market for their purchases, Laiacona said customers will see a significant increase in the quality of the product at a store like Harvest Moon Market.

“There’s very few people who handle fish the way we do,” he said. “We are the freshest.”

Laiacona said the fish is never frozen and then thawed out. It comes in completely fresh, directly from Boston.

“When you freeze fish, you will always lose a lot of the flavor,” he said.

The market has a salad case of prepared items that can go with fish selections, including potato salad and coleslaw, quinoa salad, beet salad with fruit, lobster macaroni and cheese, seafood lasagna and more.

The store carries a variety of homemade soups and chowders. Laiacona said the seafood chowder is one of the best-selling items at the store.

“We choose five different types of fish, shrimp and scallops and we put them in the chowder,” he noted.

Harvest Moon Market also sells produce. Customers can purchase fruits and vegetables at the grocery store, as well as cheeses.

While this is Laiacona’s first time in retail, he said that business is going well since opening.

“We have been received very well,” he said. “We get calls the next day telling us it is the best fish they have ever had.”

The store plans to hold a grand opening ceremony in the spring.