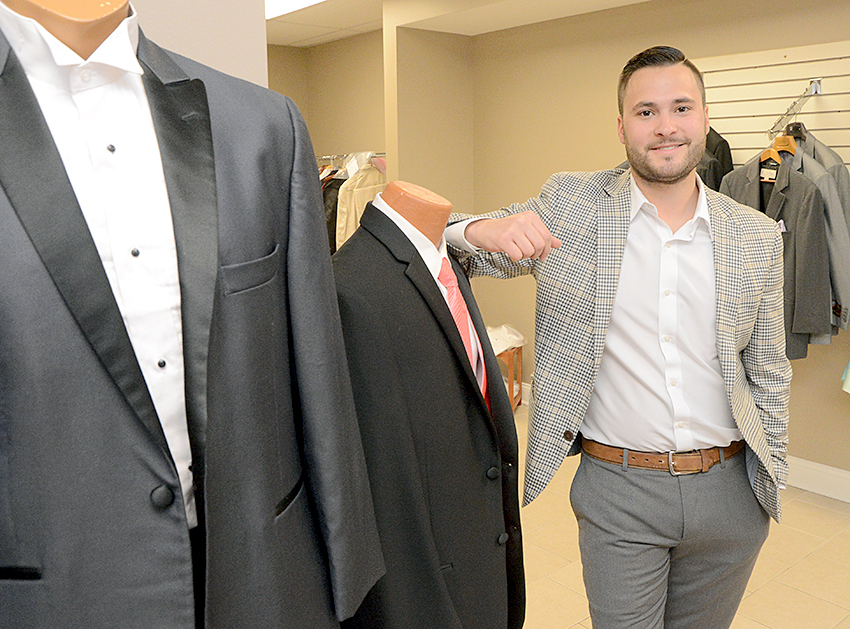 Justin Wilock, owner of Mr. Formal Wear, says he dreamed of owning a business in Saratoga Springs. His shop on Weibel Avenue opened recently and he also owns one in Clifton Park.©2016 Saratoga Photographer.com

Justin Wilock dreamed of owning a business in his hometown of Saratoga Springs. A 2007 graduate of Spa Catholic High School, he made that dream a reality with the opening of Mr. Formal Wear, off of Weibel Avenue at Hempstead Place.

“I have always wanted to open up a store in Saratoga. I know how popular Saratoga is and now more than ever a destination place for weddings with all the wedding venues around this beautiful city,” said Wilock.

Wilock said his business differs from most traditional men’s formal wear because of a commitment to keeping up with the latest fashion trends and its ability to add a modern “twist” on the tuxedos. They also sell suits, ties and, dress shirts.

“I started Mr. Formal Wear in 2012 and have never looked back. I love the business. It’s a happy business, meaning I’m usually dealing with proms and weddings or galas, everyone seems to always be happy and have a smile on leading up to their big day,” said Wilock.

Both locations, including the new 875-square-foot Saratoga store, focus on formal wear needs including proms, weddings, galas and special event. The stores carry labels such as Michael Kors, Ralph Lauren, Tony Bowls, Calvin Klein and more. Sales promotions during the year include student and groomsmen discounts.

Wilock said it is the energy and passion he and his staff have for the business that keeps customers coming back. They have already been well received in Saratoga and he looks forward to a busy summer season.

“I couldn’t be more excited to have a new business in my hometown,” said Wilock.

The new Mr. Formal Wear is located in Suite 103 at 3 Hempstead Place in Saratoga Springs. For more information visit mrformalwear.com.