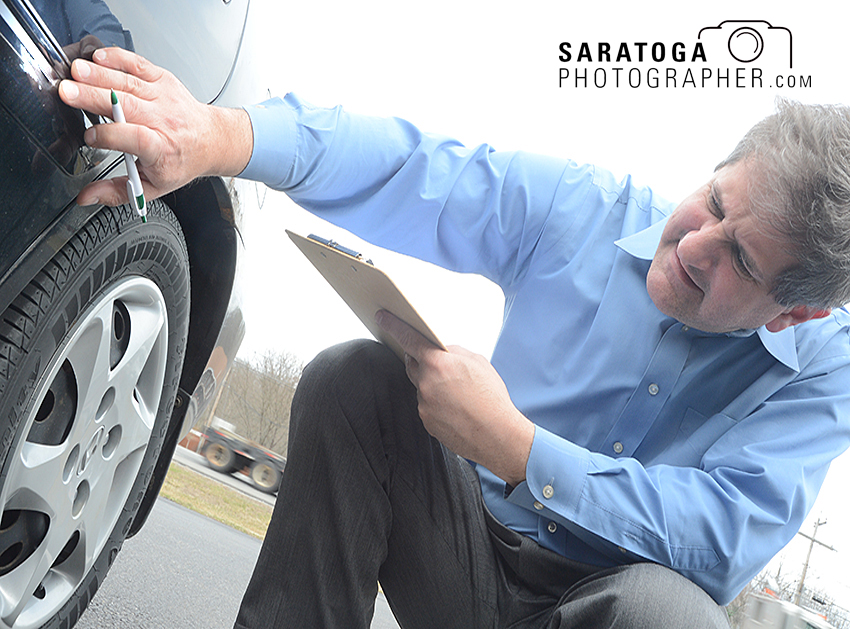 Even when insurance coverage is required by law, as with workers’ compensation or unemployment coverage, brokers always check to be sure those coverages are included in a client’s insurance portfolio.

According to local brokers, matters involving cyber security are relatively new for the industry. It can be complex, but necessary for many types of businesses.

Still, the traditional business coverages are always being dealt with. “A lot of folks don’t know that they need workers’ compensation and disability,” Diane Mjaatvezt of Sutton and Tarantino said.

Once the required bases have been covered, the choices of insurance options are almost dizzying and limited only by what a business owner is willing to pay, say local brokers.

Brian Whitney, manager of Cote Insurance in Saratoga Springs, begins with the typical business owner’s policy that covers liability, property damage. Then there are add-on issues to be addressed, like vehicle coverage, potential employment infractions such as discrimination or mismanagement of insurance benefits, and errors and omissions (particularly for licensed professionals).

Bruce Clements of Clements Insurance Brokers in Saratoga Springs, said business coverage “is much more complex than personal lines” and should be customized to meet the needs of different businesses.

He also suggested beginning with a basic business owners policy for liability and property damage coverage, then adding commercial automobile coverage, errors and omissions, coverage for business property, and an umbrella policy in case something is missed. Some businesses might need special riders for valuable business property.

He also cautioned that the name on a policy should be the same as the registered name of the business.

"Most people know what can be insured and what can't be," said David Fragomeni of Fragomeni Insurance in Saratoga Springs, and many of them try to save money by buying a policy on the Internet.

He called himself "part of a dying breed of independent agents," skilled in explaining the different options and helping clients decide what kind and what amount of coverage they need. He said that he knows his clients and can meet their needs.

"Everything seems to be price-driven," he said. "Everyone in this do-it-yourself economy thinks it is cheaper [buying insurance over the Internet], but they are not buying as much and they don't always understand what they are buying."

When people deal with a local agent, like him, they get solid advice and a more tailored policy, he said.

Fragomeni said he knows his clients–many have been with him for years–he can recommend applicable changes. He said clients feel comfortable asking him questions. "You don't get that from an Internet relationship."

Similarly, the Cote agency sells the products of more than 50 insurance companies, Whitney said. Their expertise is in evaluating the offerings of the different companies and recommending the option best suited and most cost-effective for each client.

He noted that Saratoga Springs is one of the most sought after areas in New York state by insurance companies because people buy several types of coverage and make few claims.

Clements Insurance Brokers represents about 30 companies, he said, and has been working with some of them for many years.

Relatively new on the horizon, available for only about three years, is cyber coverage for potential damage resulting from having a computer system hacked or held for ransom.

Whitney said "it is still so new and people don't see the urgency yet."

Whitney said hacking is the most frequent kind of loss. It may not lead to large losses, but they can be frequent losses. He said that he bought coverage for himself several years ago and recently increased the coverage for his agency.

"It's the most prevalent threat right now," Mjaatvezt said.

It has been around for a while but, she said, it can be very expensive and is untested. As with most insurance, the cost varies with the risk. If a business doesn't store client files, the risk is lower. She said she is gathering information about what carriers are offering and what it costs.

Fragomeni said businesses that accept credit cards or store client financial information should probably consider cyber coverage. Generally, it will be a free-standing policy rather than part of a business owner's policy, although it can sometimes be added to the general policy as an endorsement. He noted that the risk is the same for a small business as for a large one. Only the volume differs.