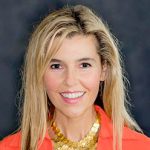 Brittany L. Alexander and Megan M. Alexander, are both licensed real estate salespeople and will be specializing in residential real estate.  They are also sisters.

They own and operate Country House Bed & Breakfast in Queensbury, which they opened in May 2014. It operates in an historic home.

Brittany received her Bachelor of Science degree from SUNY New Paltz in 2000, where she majored in theater. She also attended Ithaca College for musical theater.

Megan graduated with highest honors from Rutgers, the State University of New Jersey, in 2004 with a major in accounting and minor in political science. She is also a practicing certified public accountant in the area. 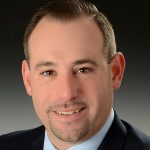 He has responsibility for the management of all branch banking activities and business development efforts in the Saratoga Springs area.

Prisciandaro has over 13 years of experience in the financial services industry. His most recent employer was Key Bank, where he managed offices in Guilderland and Voorheesville. Prior experience in the Albany area includes positions in sales and customer service at First Niagara, HSBC Bank, First Investors Corporation and First Guarantee Mortgage.

Prisciandaro earned his bachelor’s degree at SUNY Albany and associate’s degree at Dutchess Community College. He is co-chairman of the Guilderland Chamber of Commerce Ambassador’s Committee and is a member of the New Scotland Kiwanis Club. 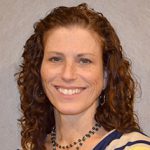 The Summit at Saratoga, an independent senior-living community for adults 55-plus in Saratoga Springs, named Rebecca Detora as its resident services coordinator.

The Saratoga Springs resident will be responsible for coordinating the community’s Senior Engaged Life Program, which allows residents to remain active in mind, body and spirit with activities like speaker forums, outings and classes. She will also serve as a concierge for residents, oversee the business office, and assist in sales and marketing.

Detora comes to the position having spent the last 12 years as an activity director at the Home of the Good Shepherd in Wilton and Saratoga, where she created and oversaw the assisted living community’s activity department. She was also responsible for designing the facility’s monthly newsletter, coordinating programs in-house and in the community and training and supervising new staff members and volunteers.

She once served as recreation director for Aquidneck Place, a 90-unit assisted living community located in Portsmouth, R.I. She holds an undergraduate degree in therapeutic recreation from Utica College of Syracuse University.

Only one lawyer in any practice area in a city is bestowed that honor.

An attorney holding both the SPHR and SHRM-SCP human resource certifications,
Bagyi counsels and represents employers on labor and employment issues helping them achieve and maintain legal compliance, while improving employee engagement and workplace productivity.

Best Lawyers compiles its lists of outstanding attorneys through peer-review surveys in which thousands of leading lawyers confidentially evaluate their peers for their abilities, professionalism and integrity.

Behan is the founder and president of Behan Communications Inc. He has served as a director of Glens Falls National Bank and Trust Co., Arrow’s lead subsidiary, since 2015.

He is a graduate of Colgate University as well as executive development programs at the Harvard Business School and the Harvard Law School. He serves as a member of the board of governors of Glens Falls Hospital and a director of The Hyde Collection, the Glens Falls Foundation, the E. Leo Spain Foundation and Kelly’s Angels Inc.

Miller is president and CEO of Miller Mechanical Services Inc. in Glens Falls and chairwoman of Doty Machine Works in Fort Edward. She has served on Glens Falls National’s board of directors since 2015.

She holds bachelor’s and master’s degrees from the College of Saint Rose. She serves on the boards of St. Mary’s/St. Alphonsus Regional Catholic School, the Glens Falls Business Improvement District and the SUNY Adirondack Foundation. She is vice president of the Glens Falls Civic Center Coalition board.

O’Conor is a published author as well as CEO of Saratoga County Capital Resource Corp., a community development agency. He is active on the boards or advisory boards of many local organizations, including AAA Northway, Saratoga Center for the Family, Wilton Wildlife Preserve and Saratoga Springs International Film Festival. His volunteerism has earned him various awards, including the Distinguished Leadership Award by the National Association for Community Leadership and the Centennial Good Scout Award from the Twin Rivers Council of the Boy Scouts of America.

Tom Murphy, Arrow President and CEO, stated about the appointments: “As a result of routine succession planning, we are honored to have these three community leaders join the Arrow Board of Directors. They bring valuable skill sets, knowledge of our market, and additional business expertise. We look forward to their contributions.”

Colden Co. Inc., an IT Services provider with offices in Ballston Spa, announced that Alex Refner has been hired as a technical specialist.

Refner comes to Colden Company with technical skills as well as a Microsoft technical certification. He will be completing the Colden Co. customer service training program and then assisting customers with a variety of IT needs, including data security and Microsoft Windows server management.

Teal, Becker & Chiaramonte CPAs, PC manager Mark Vena was one of only 20 participants chosen to participate in the Emerging Leaders Program at the Wolters Kluwer, CCH Connections User Conference 2016, the tax and accounting profession’s educational and peer networking event held in October in Washington, D.C.

Vena earned a complimentary opportunity to network with and learn from key industry leaders at the annual conference. He also took part in educational sessions designed to help them grow as professionals, better manage their areas of responsibility within their businesses and progressively rise as leaders within their firms.

According to Wolters Kluwer Emerging Leaders Program nomination process, the participants are individuals who have been recognized for exceptional teamwork, being innovative contributors and for adding to their firms’ overall value on a variety of levels. They regularly provide a significant span of positive influence among colleagues and offer support by being active listeners, strong communicators, respected technology experts, enterprising decision makers and by consistently leveraging their skills to benefit their firms for future success.

The Phinney Design Group in Saratoga Springs, has hired three new people to join their team.

Aimée Plante joined the company as an architectural intern. She is experienced with a variety of architectural programs, including AutoCAD and Revit.

Plante received her Master of Architecture at the University at Buffalo and has both a Bachelors of Arts in interior design and a minor in history from Mercyhurst University. She previously worked for GYMO PC in Watertown as an intern architect, assisting with drafting, marketing, and organization of project information into graphic material.

Whitney Shafer joined Phinney Design Group as the marketing coordinator. She will be working closely with the vice president/director of operations and a graphic designer to manage the firm’s social media accounts, press releases, new website launch and logo rebranding.

Additionally, she will be coordinating and executing marketing and business development plans developed by the firm. Shafer received her Master in Business Administration degree from The College of Saint Rose and Bachelor of Arts in psychology at Elon University. She was previously with the Patient Experience Project in Saratoga.

Rachel Terragnoli was hired as an interior designer. She received both her Bachelor of Fine Arts in interior design and a minor in business administration from the Rochester Institute of Technology.

She was previously with Clark Patterson Lee and Cannon Design located in Buffalo, assisting with commercial interior design on projects throughout the United States.