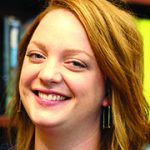 A graduate from The College of Saint Rose, Newton earned a Bachelor of Arts degree in public communication with a concentration in public relations, advertising and marketing.

She has over six years of experience in 401(k) account management and client services administration. 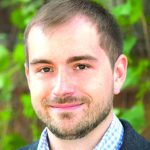 Brennan Drake was hired as the architect/design technology coordinator.  As an architect, he will help the firm in designing and managing projects from inception to completion.

Having a history with BIM (Building Information Modeling), Drake will help develop the office’s digital graphic standards for both presentations and construction documentation.

Drake received his Master of Architecture degree from Boston Architectural College and Bachelor of Science in architectural technology at Alfred State College.

He is an active member of American Institute of Architects Eastern New York Chapter, and joined the Saratoga Springs Preservation Foundation as a board member. 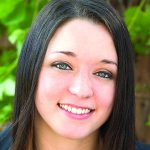 Katelyn Mulry was hired as an architectural designer and sustainability coordinator.  She will add to the firm’s experience in the architectural field with a focus on “green” building design strategies and environmentally sensitive construction methodologies.

Mulry received her Master of Environmental Building Design degree from the University of Pennsylvania and a Bachelor of Architecture from the New York Institute of Technology.

She was previously employed as an intermediate architect at the Spector Group Architects in New York City.  She has previously been involved in design renderings for a variety of projects, including Deutsch Inc., Vayner Media, Hudson Yards and a new Uber headquarters. 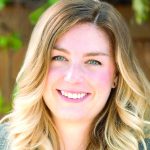 Ashley Pezze was hired as an interior designer.  Pezze will help with both residential and commercial interior needs.

Pezze received her Bachelor of Fine Arts degree in interior design from Rochester Institute of Technology and an Associate of Science degree in liberal arts and sciences from Monroe Community College.   She was previously employed at Vargas Associates as an interior designer and a relocation manager.

Dr. Osborn has extensive experience as a primary care doctor, including four years as an active duty family physician in the U.S. Air Force. Most recently, he was in practice with Niskayuna Family Medicine.

Smith Chiropractic announced that Dr. Kevy Smith has joined their team and is accepting new patients at their clinic on Route 9 in Saratoga Springs.

Smith is a second-generation chiropractor and Saratoga Springs native.  She is a recent graduate of Palmer College of Chiropractic West in San Jose, Calif., and holds a bachelor’s degree in psychology from St. Lawrence University.

While attending chiropractic school, she was a member of the Palmer West Sports council and gained experience providing on-site care to athletes at major sporting events such as the North Face Endurance Challenge, Escape from Alcatraz triathlon,and the Sea Otter Classic bike race.

She was also involved with the Student American Chiropractic Association and attended the National Chiropractic Leadership Conference in Washington, D.C., where she met with congressional policy makers and lobbied on behalf of the chiropractic profession.

Duhame comes from a varied culinary background and has more than 15 years of experience manning kitchens locally, in New York City and Europe. For the past three years, he worked at 15 Church as executive chef. He also previously worked at Angelo’s Prime Bar + Grill in Clifton Park and Nix’s Mate in Boston. Other kitchen credits include Bouley Bakery, Park Avenue Café and Picholine in Manhattan, where he created and managed his own menus and kitchens.

She joins four providers at the Malta practice, which was established to enhance access to primary care for patients in central Saratoga County.

A graduate of Ithaca College, Belanger earned a medical degree from State University of New York Upstate Medical University in Syracuse. She completed an internship and residency at Fletcher Allen Medical Center, now known as the University of Vermont Medical Center. She is board certified in internal medicine.