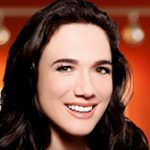 The Capital District Transportation Authority (CDTA) announced that Georgeanna M. Nugent of Saratoga Springs was elected to serve as chairwoman of its board of directors.

Nugent was appointed to the CDTA board in May 2009. In addition to being chairwoman, she is a member of the board’s Operations Committee and the Strategic and Operational Planning Committee.

Nugent is business development manager at Consigli Construction LLC. She is a 2008 graduate of Leadership Saratoga, served one year on the Saratoga Springs Design Review Commission, and is actively involved with educational grant and scholarship programs for students in the STEM field.

She is a state Assembly appointment to the New York Racing Association (NYRA) board of directors and serves on the Management Development and Compensation, Nominations and Governance, and Planning committees. 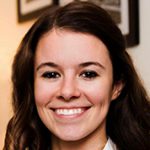 The Friends of U.S. Grant Cottage has hired Emily Kane as development and events assistant.

Kane will provide administrative support in the areas of membership, donations, grants, sponsorships and events.

The position is funded by a professional development grant from the New York State Park and Trail Partnership Program (NYSPTPP) and New York’s Environmental Protection Fund.

The grant, announced on March 5, is one of 21 awards totaling $450,000 for organizations dedicated to the stewardship and promotion of New York’s State Parks and Historic Sites.

Kane was previously employed as a program coordinator and marketing specialist and has experience in nonprofit fundraising and event planning. She graduated from SUNY Plattsburgh in 2016 with a bachelor’s degree in business administration. 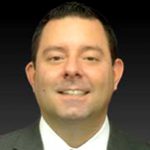 In this role, Ragucci will be responsible for developing relationships with business prospects and customers in order to generate, retain and expand lending and deposit services.

With more than sixteen years of previous experience in the banking industry, Ragucci was most recently a retail manager for a Capital Region financial institution. He earned his bachelor’s degree from the SUNY Albany.

Active in the community, Ragucci serves on the Planning and Zoning Commission for the town of Glenville, where he’s been a member since 2013. He is also an active member of the Scotia Rotary. 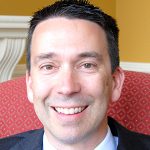 The Board of Directors of the Adirondack Regional Chamber of Commerce (ARCC) has hired Michael Bittel as its new president and chief executive officer.

He previously worked at The King Arthur Flour Co. in Norwich, Vt. Hel has also served on the board for the March of Dimes New York, the Glens Falls Hospital board of governors, and the Northwest NY Salvation Army board of directors.

He received a Bachelor of Arts degree in business and government from Skidmore College. Bittel resides in Greenwich.