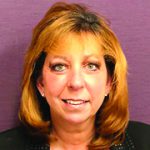 In this position, Childs will have direct oversight of branch staff, providing guidance and support in meeting their customer service and business development goals. She will also design and administer security programs at all bank offices.

Childs comes to BSNB with more than 25 years of experience in banking and management. She earned her bachelor’s degree in business management and finance at The College of Saint Rose.

She is a former board member for the Homeless & Traveler’s Aid Society. She serves on the PTA for Shenendehowa Middle School. 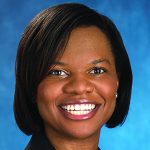 Whiteman Osterman & Hanna LLP announced that associate attorney Cianna Freeman-Tolbert has been selected for the Albany Business Review’s 40 Under Forty for 2018.

Each year, the paper recognizes 40 young professionals and leaders under the age of forty who exemplify leadership in their business accomplishments and community involvement.  Freeman-Tolbert was selected from over 400 nominations.

She joined Whiteman Osterman & Hanna in November of 2017, and is a member of the firm’s Immigration Practice Group. She focuses her practice on all aspects of immigration law, including family-based, employment based nonimmigrant and immigrant visa processing, and immigration litigation.

She specializes in removal/deportation defense and immigration litigation, and represents clients who have immigration enforcement-related issues, criminal issues, and previous immigration violations, before the Executive Office for Immigration Review and Board of Immigration Appeals.

The Saratoga Builders Association, Inc. recognized three members of its board of directors who have now served for 25 years.

These award-winning builders were honored for their dedication and commitment to the organization at this year’s spring membership mixer recently held at the Saratoga Golf & Polo Club.

O’Brien comes to Saratoga Hospital from Marshfield Clinic in Wisconsin. A graduate of Marist College in Poughkeepsie, Dr. O’Brien earned his dental degree from University at Buffalo School of Dental Medicine.

Debra Schubert of Ballston Spa received a Chancellor’s Award for Excellence in Classified Service at the  SUNY Empire State College commencement on June 3. 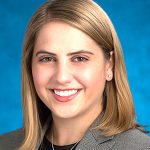 Prior to joining the firm, he was an associate with global law firm Squire Patton Boggs in Cleveland, where her practice focused on mergers and acquisitions, general business and commercial matters, and U.S. public company corporate governance and securities. Her practice will continue to focus on mergers and acquisitions, general corporate matters and securities law.

Griffen joined BSNB in 2015 as a relationship manager for the Malta office. A short time later, she moved to the Latham office. Griffen was then promoted to the human resources department as the company’s training coordinator.

The Patient Experience Project (PEP), a patient-centric marketing and communications agency in Saratoga Springs, announced the addition of Kelly Carpenter as a project manager.

Before joining PEP, she worked as a project manager and producer for Syneos Health, formerly inVentiv Health Managed Markets.