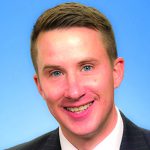 Townsend has over 13 years of experience in the financial services industry. After completing NBT’s management development program, he advanced to positions of increasing responsibility in the bank’s Albany and Saratoga County branches.

He was named assistant vice president in July 2015 and was promoted to retail market manager in June 2016.

Townsend is responsible for managing the teams at NBT’s 12 branches in Clinton, Essex, Saratoga and Warren counties.

A resident of Milton, Townsend earned his bachelor’s degree in economics from the University at Albany. He is currently involved in several professional and community organizations, including several local chambers of commerce, Friends of the Saratoga Springs Library and the Northeastern Subcontractors Association. 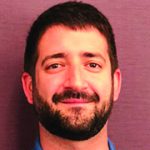 He will also participate in overseeing the bank’s asset liability management, capital planning, and strategic planning.

Dodd comes to BSNB with 10 years of experience in banking and auditing, most recently as an audit manager at KPMG. He earned his bachelor’s degree in economics from SUNY Oneonta and his master’s degree in professional accountancy from SUNY Albany.

Kemp, of Albany, graduated from Barnard College of Columbia University with a B.A. in east Asian languages and Cultures.  Currently, she is attending Albany Law School of Union University and is the executive editor of lead articles for the Albany Law Review.  Previously, Kemp worked as a judicial intern with the Hon. Lawrence E. Kahn, U.S. District Court.

Salis, of Albany, graduated from the University of Lagos, Nigeria with a B.S. in pharmacy.  Salis is simultaneously attending Albany Law School of Union University and the University at Albany and is scheduled to receive both his Juris Doctor and Master of Business Administration in June 2019.

Salis is an associate editor for the Albany Law Journal of Science and Technology and previously worked as a legal intern with the Office of the State Attorney General. 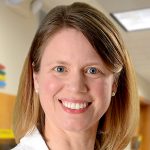 Dr. Juliano is  board-certified in Diplomate of the American Board of Family Medicine.

Espey Mfg. & Electronics Corp. announced that it has increased the number of authorized directors from seven to nine and that Roger N. Sexauer and David O’Neil have been appointed to fill the two vacancies.

Sexauer recently retired from DRS Technologies, Inc. where he served in various senior executive positions, most recently holding the position executive vice president of corporate business development. He had also served as president of DRS’s Maritime and Combat Support Systems Group.  Sexauer has held senior positions with several other companies in the defense industry and served as a qualified nuclear officer in the U.S. Navy.

O’Neil is the company’s executive vice president, treasurer and chief financial officer and has been employed by Espey since Jan. 4, 2000.  He served as the company’s interim president and chief executive officer during the period June 2, 2014 to Jan. 31, 2015.