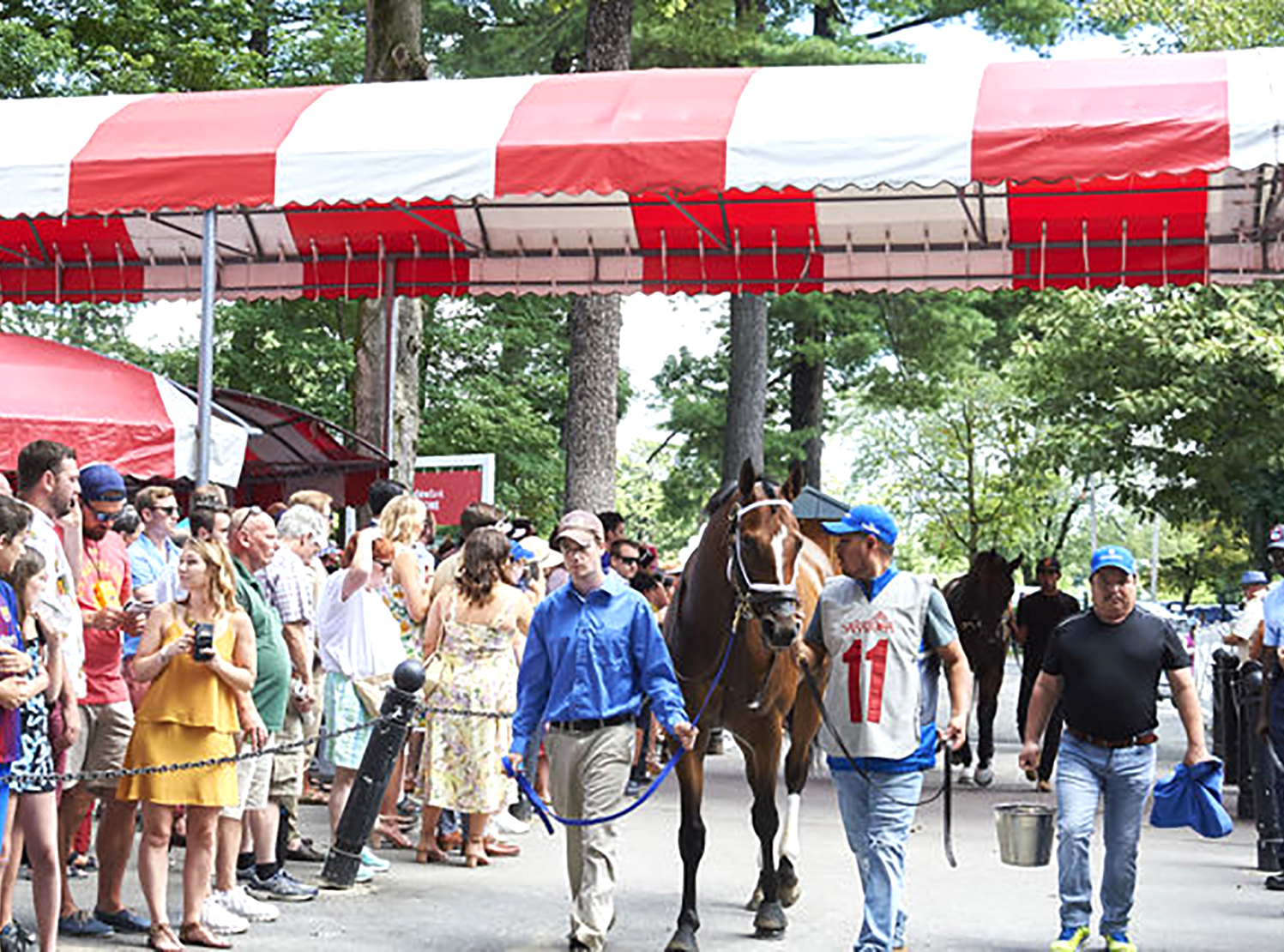 The New York Racing Association, Inc. (NYRA) aid the 2018 season at Saratoga Race Course concluded on Labor Day with the second highest all-sources handle in history, despite a summer meet that was inundated with more than 10 inches of rain.

The 2018 season also witnessed the largest all-sources handle in Travers Day and Woodward Day history, and the second largest wagering ever on Opening Day, NYRA said.

The season featured the debut of The Stretch, where guests in the grandstand enjoyed exclusive access to new and modern boxes, a two-tiered dining section, premium reserved seats and state-of-the-art technology within a casual setting. NYRA is  now preparing to build a new, three-story building called the 1863 Club. It will replace the seasonal tent and trailers, located at the end of the Clubhouse, with a 36,000-square-foot, three-story, climate-controlled building featuring differentiated hospitality options and modern amenities. In addition to the three floors of usable space for guests, the building will include a fully appointed kitchen.

“Each year we try to introduce new and unique experiences for our guests in order to provide something for everyone to enjoy at Saratoga Race Course,” said NYRA CEO and President Chris Kay. “This summer, we reinvented the far end of the grandstand with the opening of The Stretch. Just as significant, our recent addition of copper to the roofline of the grandstand and clubhouse created a more uniform appearance, improved the experience for guests, and will help preserve this grand, historic building for future generations.

“Our nationally acclaimed ‘Saratoga Live’ broadcast remains second to none, reaching new heights among viewers. At the same time, we are seeing increasing adoption of NYRA Bets, the most user-friendly wagering platform available anywhere,” he said.  “All of these elements combined to deliver the second largest all-sources handle in Saratoga history. On behalf of the men and women of NYRA, I thank the owners, trainers, jockeys, horseplayers and our fans, the best and most passionate in racing.”

Ratings soared in the third season of NYRA’s award-winning flagship television show “Saratoga Live,” increasing by 62 percent over last summer on FOX Sports 2 (FS2) as well as FOX Sports Regional Networks. It was available to viewers in more than 75 million homes every race day. The ratings spike led to the decision by FOX Sports and MSG+ to add additional hours to the broadcasts on the final three weekends of the meet.

NYRA said combined with telecasts on NBC and NBCSN this represented an unprecedented amount of live television coverage for the historic track. This season also marked the first of a three-year extension for the broadcast.

Among the 69 stakes run during the meet, the highlight occurred on Travers Day when a near-capacity paid crowd of 49,418 witnessed Catholic Boy put away the competition with a four-length victory in the Grade 1, $1.25 million Travers, giving Hall of Fame jockey Javier Castellano his record sixth victory in the race.

The Travers Day card generated a record-breaking all-sources handle of $52,086,597, marking the first time all-sources wagering on Travers Day topped $50 million. It surpassed the previous record set in 2015 by 4.9 percent.

On the final Saturday of the season, NYRA set another record for handle when $31,030,034 from all sources was wagered on Woodward Day, easily eclipsing the previous Woodward Day record set in 2017 by 11.3 percent.

In 2018, NYRA launched an online portal called SaratogaVisit.com, designed as a one-stop shop for guests and tourists to learn about the world-class arts, entertainment and lifestyle attractions available in Saratoga Springs, led by the Saratoga Performing Arts Center. The objective is to inform and educate potential visitors about the city’s diverse array of offerings and to convince travelers to not only book their trip to Saratoga, but to stay for a longer duration.