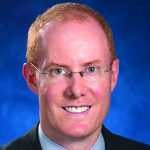 Robert S. Reynolds, a partner at Whiteman Osterman & Hanna LLP, was selected by a nationwide peer review as a Lawyer of the Year in The Best Lawyers in America for his work in the practice area of trusts and estates.

Kalley Matthews was hired as an account coordinator. She will be responsible for managing day-to-day responsibilities to support individual brands and the extended client services team.

Before joining PEP, Matthews worked as an investor relations coordinator at the Audax Group in Boston, where she focused on communications and customer relationship management programs. Previously, she worked as an associate underwriter for Harvard Pilgrim Health Care in Wellesley, Mass.

She earned a bachelor’s degree in environmental studies and minored in economics at Hobart and William Smith Colleges in Geneva, N.Y.

Renee Reid was hired as a senior designer. She will be responsible for the concept and design of print, digital, branding, and social media content across the PEP portfolio of clients.

Reid has nearly 10 years of experience creating various brand-related materials and presentations. Prior to joining PEP, she was a senior multimedia designer and art director at Syneos Health Communications. Previously, she has held graphic design positions at General Electric, Questech Corp., and The Kaleel Jamison Consulting Group.

She holds a bachelor’s degree in fine arts with a concentration in digital art and design from Long Island University Post in Brookville, N.Y. 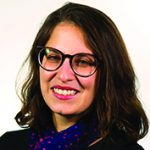 Christina Cimmino was hired as an account supervisor. She is responsible for managing the day-to-day needs of clients and ensuring strategic alignment to meet clients’ brand objectives.

Cimmino has several years of experience account management for clients in a wide array of industries and has been responsible for the financial health and growth of several accounts.

Prior to joining PEP, Cimmino worked in New York City in account management and production roles at Accenture Interactive, Heartbeat Ideas, Ogilvy Healthworld, and SS+K.  She holds a bachelor’s degree in advertising and marketing communications from the Fashion Institute of Technology in New York City. 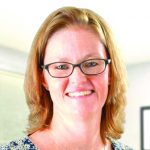 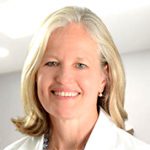 Dr. Lambers has more than a decade of experience, most recently at Bassett Medical Center in Cooperstown, where she was a member of the robotic gynecologic surgery team. She earned her medical degree from Leiden University in the Netherlands and completed an OB/GYN internship and residency at Duke University Medical Center.

Dr. Verleger earned her medical degree from the Medical College of Georgia and completed an OB/GYN residency and internship at Albany Medical Center. Previously, she was in practice at Nile Women’s Healthcare in Roswell, Georgia. 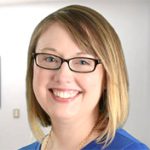 The National Museum of Dance announced that Joan K. Anderson and Cristiane Santos have been appointed co-directors of the Lewis A. Swyer School of the Arts. 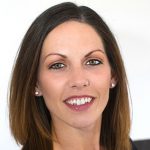 Anderson first danced professionally with Cedar Lake II and went on to dance with Philadanco, the Philadelphia Dance Company, where she was a senior member and toured extensively both nationally and internationally. She performed many ballet and modern classics as well as contemporary and new works by renowned choreographers from around the world.

She has also danced with American Ballet Theatre’s second company and Ballet Contemporaneos de Burgos. Ms. Anderson hails from central Pennsylvania and was trained by Sandra Carlino at the Pennsylvania Regional Ballet.

She received a B.F.A. in dance from SUNY Purchase where she was the recipient of the President’s Award for academic and artistic excellence. Anderson has instructed dance for nearly 20 years, including at Skidmore College.

Santos danced and taught ballet and tap for seven years at Ballet Vera Bublitz in Brazil. She was accepted to Dance Theatre of Harlem (DTH) school with a full 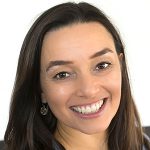 scholarship and joined the company’s Dancing Through Barriers Ensemble through which she performed in lecture demonstrations at public schools around the country, and performed with DTH during its 30th anniversary season. 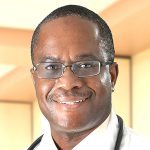 Dr. Alfred Loka recently became the first fellowship-trained specialist in cardiac electrophysiology to join the Saratoga Hospital medical team, an arrangement made possible by the hospital’s affiliation with Albany Med.

Loka has extensive experience in treating and managing abnormal heart rhythms (arrhythmias). He also performs pacemaker and other device implants at Saratoga Hospital.

A member of the Division of Cardiology at Albany Med, Loka also is an assistant professor of medicine at Albany Medical College. He is board certified in internal medicine with subspecialty certifications in cardiovascular disease and clinical cardiac electrophysiology.

He earned his medical degree from the Universite de Kinshasa in the Democratic Republic of the Congo. He completed residency and fellowship training in internal medicine and cardiovascular disease at State University of New York Health Science Center at Brooklyn College of Medicine in New York.