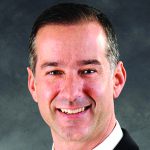 The Adirondack Trust Co. has promoted Eric Navarra to assistant vice president/retail banking development officer.
Navarra joined Adirondack Trust in 2016 as assistant treasurer/branch manager of the Ballston Spa branch, and was promoted to assistant treasurer/small business development officer, a role that required collaboration with other branch managers to develop, retain and expand relationships with new and existing business customers.
In his newest assignment, He develops banking strategies to assist with promoting and enhancing all products and services for the bank’s business customers.
Navarra received his Bachelor of Science degree in marketing management from Siena College, and has worked in Saratoga County banking for nearly 25 years. Active in his community, he also has served as vice president of the Ballston Area Community Center board since 2017 and on the Mechanicville Chamber of Commerce board of directors since 2018. He is also a recent graduate of the Leadership Saratoga Class of 2019. 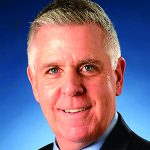 NBT Bank announced the hiring of James Brown as an investment officer, based at the Saratoga Springs office.
Brown has nearly 30 years of experience in the financial services industry. Prior to joining NBT, he was a relationship manager for Bank of America’s private wealth management firm, U.S. Trust.
Brown earned his bachelor’s degree in business administration from St. Michael’s College. He is a graduate of the New York Bankers Association’s Fiduciary Investment School and completed the Advanced Consultative Sales Training Program at the Cannon Financial Institute.

Roohan Realty announced that Dan Roohan has joined the team as a real estate salesperson.
Roohan graduated from Saratoga High School and received his Bachelor of Science degree in environmental studies and economics from Keene State College. He was an active member, and treasurer of the Keene State Rugby Team.
For the past 10 years he has been working for Triumvirate Environmental in Astoria, N.Y., managing crews in a wide variety of operations including emergency response and chemical cleanup. In this role, Roohan responded to spills for clients such as Consolidated-Edison, Memorial Sloan Kettering, the state Department of Education and Mount Sinai Medical Center.

Lisa West has been appointed site administrator at Malta Med Emergent Care, a joint venture of Albany Med and Saratoga Hospital. She oversees Malta Med operations, including emergent care, medical imaging and laboratory services.
West has more than 25 years of nursing experience and has held leadership positions in emergency services, case management, inpatient nursing and long-term care.
At Malta Med, she teams up with Dr. JoAnne McDonough, who serves as medical director of urgent care services at the 24/7 facility.
A registered nurse, West has a Master of Science in Nursing degree, with a specialization in leadership and management, from Walden University in Minnesota. She serves on the advisory board of directors of the Center for Donation and Transplant in Albany.
During her tenure at Ellis Medicine, she received both the Exceptional Leader and Exceptional Employee awards.