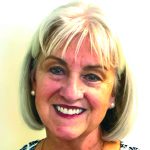 he Hyde Collection announced that Laura Bradigan of Saratoga Springs has been named director of development.

Bradigan will advance the mission of the museum through development, donor relations, and fundraising.

Before joining The Hyde, she held a similar position at Bethel Homes and Services in Ossining and Croton-On-Hudson for more than 10 years. She has also worked for many years in government, politics, and nonprofit and for-profit organizations in the Capital District and upstate New York.

Bradigan is a member of the Saratoga chapter of the Daughters of the American Revolution, a board member of Bethesda Episcopal Church’s Mercy House in Saratoga Springs, and a former board member of Sculpture Space, a Utica-based residency program for sculptors.

The Saratoga Springs Preservation Foundation recently named four people to its board of directors.

Giovanna D’Orazio is an attorney at D’Orazio Peterson LLP in Saratoga Springs.

She is a graduate of Albany Law School and has a Bachelor of Arts in history from Muhlenberg College.

She is the president of the Adirondack Women’s Bar Association and a member of the Third Judicial Department’s Committee on Character and Fitness.  Prior to the inception of D’Orazio Peterson, Giovanna was an Appellate Court attorney at the Appellate Division, Third Department in Albany and spent four years as an associate in the Litigation, Arbitration and Mediation Group at Whiteman, Osterman & Hanna LLP.

John Haller is a graduate of Rensselaer Polytechnic Institute and founder and co-founder of several software companies.  In 1985, he co-founded MapInfo, serving as its vice-president and CTO for 14 years. In 1999 he co-founded NearMe, which delivers location based services to wireless devices.

In 2003 he founded SportsSignup which offers tools to Youth Sports Organizations.  The company moved its operations to Saratoga Springs in 2009 . He is also a board member of AlbanyCanCode, a not-for-profit software career training program.

Linda Harvey-Opiteck is returning to the board of directors after taking a year off from serving two consecutive terms and holding the offices of secretary, treasurer, vice president and president.

Dorothy Rogers-Bullis, appointed by Mayor Meg Kelly to serve a one-year term, is the owner of drb Business Interiors where she leads the company’s business development efforts and oversees design and management.

She is a graduate of Temple University. She and her husband Dan co-founded drb Business Interiors in 2009 and purchased the historic Skidmore College Little Theater (aka Regent Street Theater) in 2013, which serves as their business’s headquarters.

In 2014, again in partnership with her husband, she started Saratoga CoWorks, the city’s first collaborative co-working space for entrepreneurs, independent professionals, freelancers and startups.

Rogers-Bullis cofounded Saratoga Women in Business (SWIB), a networking group for female professionals in the area, and is a career mentor to students at Skidmore College.

Every year, top advisors are invited to celebrate such achievements at Royal Court. Vahanian & Associates has been named to this prestigious group, Royal Court, for 28 consecutive years.

This year, Boyce attended on behalf of the Vahanian team in Banff, Alberta, Canada. The conference provided a platform to mingle with peers, broker-dealer management and industry thought leaders. Boyce is vice president, director of financial services and chief compliance officer, and has been a valued member of the team since 1992.

A two-time Fulbright Scholarship Award recipient, Stote’s research interests include evaluating the effects of food components, such as dietary polyphenols, and dietary intake in human health. She earned a doctorate of nutrition science from the Graduate School of Syracuse University, where she also received the Doctoral Prize for Scholarship and Research.

Jennifer Vucetic of Clifton Park has been named to the National Association of Realtors (NAR) 2020 Leadership Academy Class.

Vucetic, a co-owner and broker at EXIT Realty Empire Associates, is one of only 18 Realtors across the country chosen to participate in the 10-month program, which is designed to prepare emerging state and local Realtors for possible future leadership roles with NAR.

The program consists of eight comprehensive, interactive online and in-person courses designed to help prepare graduates to successfully represent NAR in the years to come. The Leadership Academy begins in January and concludes at the 2020 Realtors  Conference and Expo in New Orleans next November.

A Realtor for 14 years, Vucetic is a 2014 graduate of the New York State Association of Realtors  Leadership Academy and a 2019 Realtors Political Action Committee Hall of Fame inductee.

Officials said he adds specialized expertise in kidney stone management to the array of services now available in the Saratoga region.

Otto is skilled in a minimally invasive procedure, known as percutaneous nephrolithotomy (PCNL), that uses a small incision and scope to remove problematic large kidney stones. He also has extensive experience in robotic and laparoscopic surgery for prostate and kidney cancer and use of MRI to evaluate prostate cancer.

Otto is board certified in urology and is a member of the American Urological Association and the Endourological Society.

Super Lawyers is a rating service of outstanding lawyers from more than 70 practice areas who have attained a high-degree of peer recognition and professional achievement. Recognition on the Super Lawyers list is limited to no more than 5 percent of the attorneys in New York state.

The firm also announced that partners Robert S. Rosborough and Robert A. Stout, Jr., of counsel Brian Wang and associates Myles B. Fischer and Charles J. Gottlieb were named to the Upstate New York Rising Stars.  Only 2.5 percent of attorneys nominated receive this recognition.