The Towne Law Firm PC announced the addition of recently retired state Appellate Division Justice Eugene Devine and attorney Jessica A. Rounds to its team.
Eugene, an Albany native, has been in private practice for more than 30 years, with a focus in the fields of pension/health insurance, labor, commercial, banking, real estate, and criminal law. He was elected justice of the New York Supreme Court in 2006. In 2014, he was appointed by Gov. Andrew Cuomo to the Appellate Division of the New York State Supreme Court, Third Department.
Before taking the bench, he was the Albany County public defender overseeing a staff of 35 attorneys and was also the chief attorney for the Albany County Department of Social Services.
Rounds is an associate attorney in the firm’s Albany office, focusing in the areas of civil litigation, commercial litigation, professional malpractice, personal injury, and general negligence.
Rounds has extensive experience in handling all phases of litigation and trial preparation. She earned her J.D. from Western New England University Law School and is admitted to practice in both New York state and Massachusetts. 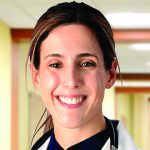 Dr. Lindsay Ferraro has joined the neurology team at Saratoga Hospital.
Ferraro provides outpatient care and is available for inpatient consultations. She also works closely with the hospital’s emergency medicine team, 24/7 teleneurology service providers, and stroke care partners at Saratoga Hospital’s affiliate Albany Med.
Ferraro was raised in Clifton Park. She comes to Saratoga Hospital from the Neuroscience Center at Ellis Medicine in Schenectady.
After earning a medical degree from New York University School of Medicine, Ferraro completed a neurology residency and epilepsy fellowship at the Hospital of the University of Pennsylvania, the flagship hospital of Penn Medicine. She is board certified in neurology with subspecialty certification in epilepsy.
Ferraro serves on the professional advisory board of the Epilepsy Foundation of Northeastern New York. 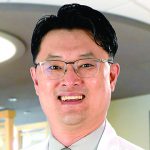 Dr. Yun Chon has joined Saratoga Hospital’s Saratoga Community Health Center as a member of the dental team.
Chon has 12 years of experience, most recently at New Dimensions in Health Care in Amsterdam. Previously, he provided dental care at Whitney M. Young Jr. Health Center in Albany.
Chon earned his Doctor of Dental Medicine degree from Tufts University School of Dental Medicine in Boston and completed a residency in dental general practice at Wyckoff Heights Medical Center in Brooklyn. He is a member of the Academy of General Dentistry and New York State Academy of General Dentistry.
The center is located at 24 Hamilton St. in downtown Saratoga Springs.