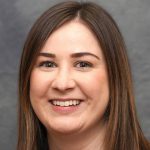 Roohan Realty announced that Jeana Labas has joined the team as a licensed real estate salesperson.

The Saratoga Springs native attended Clarkson University, and returned to the area after school to build a home in Wilton. 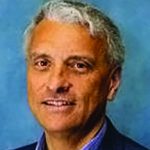 Since joining BSNB in 2005, his responsibilities include strategic financial planning and oversight of the finance, IT, operations, compliance, and facilities functions.  Blow’s leadership at BSNB caps a 33-year career in the Capital Region working in audit, advisory and corporate banking roles.

“Tim’s contributions have been instrumental in helping BSNB achieve high levels of fiscal and operational effectiveness, the development of a sophisticated technology infrastructure, market expansion, and record financial performance. Of particular note was Tim’s leadership in the development of the company’s new corporate headquarters building in 2011,” said Christopher R. Dowd, president and chief executive officer at BSNB. 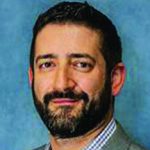 As part of the planned transition, James F. Dodd will be promoted to senior vice president and chief financial officer effective July 1. Dodd, a certified public accountant, joined BSNB in 2018 as vice president and controller. Prior to joining the bank, he spent seven years as a manager at KPMG, LLP and provided audit and advisory services to financial institutions. In his new role, Dodd will oversee the finance, compliance and facilities functions at BSNB.

Taft has worked for over 10 years in the commercial banking field. In 2010, she joined Saratoga National Bank and Trust Co., where she enhanced her commercial credit experience.  In 2013, Taft was promoted to commercial loan officer, followed by a promotion to vice president in 2016.

Taft graduated with a Bachelor of Arts in business and economics from Skidmore College and now lives in Greenfield Center.

Jeralyn Mastroianni joined the agency as its chief people officer. She will also serve on Fingerpaint’s operating board.

Pedro “Pete” Irizarry joins the agency as the head of account service in the Saratoga Springs, office.

The head of account service in the Saratoga Spring office, Lori Thatch, will be transitioning to head of strategy in the New York City office.

Mastroianni comes to Fingerpaint with nearly 20 years of experience in building talent strategy and leading change in growth and acquisition environments. She most recently served as the head of HR, Isobar US and senior vice president of Talent at Dentsu. Prior that, she held human resources positions at worldwide corporations, including Citigroup and Deloitte Consulting.

Mastroianni will report directly to Mitzen.

Irizarry joins Fingerpaint with over 20 years of marketing experience. He worked in brand management and sales prior to moving into agency roles.

Previous to Fingerpaint, he served as EVP, managing director and growth officer at McCann Health New Jersey for five years. Prior to that, Irizarry held progressively senior positions at agencies such as CDM and Saatchi & Saatchi.

He will oversee client relationships and account service, and will lead his teams to create work that reaches, informs, and empowers audiences. Irizarry will be a member of the leadership team in the agency’s New York office, .

Thatch joined Fingerpaint in 2019 and brought with her over two decades of health and wellness experience.

Thatch has worked across various disciplines and therapeutic categories in the health and wellness space, and her background covers all stages of clinical development and commercialization.

In her new role, she will bring ideas and patient-focused strategy to clients. She will also continue to build the strategy team as the agency maintains its growth trajectory.

The physician board of OrthoNY has appointed Michele Brinkman interim CEO.

Among her most significant projects in this role was developing a workflow and cross-training program toward implementation of a new electronic medical record system.

Brinkman also collaborated with the developer and construction team for a new 41,000-square-foot medical office building, directing the internal operational team action list that resulted in the project coming in approximately $350,000 below budget. Most recently, she created and led an organizational emergency plan in response to the COVID-19 global pandemic.

Brinkman joined OrthoNY just prior to the practice’s formation from the merger of Northeast Orthopaedics and Orthopaedic Associates of Saratoga in January 2013. As director of human resources, she enhanced employee relations, strengthened recruitment and retention efforts, and provided benefits administration for approximately 300 staff members.

These Sterling agents have earned the CSP designation after completing the educational requirements and demonstrating excellence in new home sales.

The Institute of Residential Marketing recognizes and promotes professionalism, education and ethics in the new home sales and marketing field.

IM Services, Inc., a provider of services to people with developmental and intellectual disabilities, announced that Bo Goliber  joined the nonprofit organization as its first chief development and communications officer.

Goliber will lead the existing fundraising and marketing efforts at AIM Services,  fine-tuning its strategy and enhancing its development team.

Prior to that, she spent nearly a decade with Franklin Community Center as development and community relations coordinator and as a board member.

Goliber is the recipient of awards including the Twill Social Impact Award from the Northeast Kidney Foundation, the Giving Circle’s Compassion award, and designation as a Saratoga County Woman of Influence. She also currently serves as a board member for Beyond My Battle.

Nazarian was previously employed at Stewart’s Shops and as an assistant football coach/ He also worked for Wynn Las Vegas as a slot supervisor.

His responsibilities at the company will include recruitment for large corporations nationally as well as niche local placements.

Whiteman Osterman & Hanna LLP announced that Reuben Dacher-Shapiro has joined the firm as an associate.

He was an associate in the Capital Markets group with the law firm of Shearman & Sterling in New York City, where he focused on public company debt and equity transactions.  Dacher-Shapiro is a member of the New York State Bar Association.

Dacher-Shapiro will be practicing with the firm’s Business, Corporate and Commercial Practice Group that provides advice and counsel on sophisticated mergers and acquisitions, joint ventures and strategic alliances, securities and private equity transactions, financings, debt restructurings and other commercial transactions.