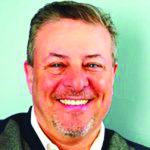 NBT Bank announced Mark Sidoti has joined the company as a community banker.

He is based at the NBT office located at 295 Broadway in Saratoga Springs.

As community banker, Sidoti will be responsible for managing customer relationships and serving as a financial partner for the Saratoga Springs and Glens Falls region.

Sidoti brings more than 30 years of business development and sales experience in the telecommunications, payroll, outsourcing, and employee benefits industries.

Rucinski brings more than 14 years of insurance experience in the greater Capital Region to the company.

He is certified through the International Risk Management Institute (IRMI) as a construction risk insurance specialist (CRIS), and through the National Underwriter Company as a commercial lines coverage specialist (CLCS). He is licensed with the New York State Department of Financial Services as a property and casualty insurance agent/broker.

He holds a Bachelor of Science degree from Roger Williams University in Bristol, R.I. He currently lives in Wilton.

She started her BSNB career more than fifteen years ago as a staff accountant. Most recently, Mewhorter was responsible for administering the accounting systems for the bank, preparing periodic financial reports, and working closely with internal and external auditors as an AVP and assistant controller.

Mewhorter earned an undergraduate degree in business administration from The College of Saint Rose and has led the community support team for the past four years where she planned, organized and directed 15 drive thru food pantries with the Regional Food Bank of Northeastern New York during the COVID pandemic.

Casale, of Ballston Lake, joined Saratoga Hospital in 1988 and has held positions of increasing responsibility ever since. Most recently, he was director of facility operations.

Casale played an important role in every major Saratoga Hospital building project in the past two decades. An advocate for continuing education, he spearheaded efforts to implement the Certified Healthcare Environmental Services Technician certification program for environmental services employees at Saratoga Hospital.

Under his leadership, Saratoga Hospital was the first hospital in the Capital Region to earn a Clean Facility certificate from the Association for the Healthcare Environment. Launched in response to COVID-19, the certificate program helps assure patients, staff and visitors that a facility adheres to hospital-grade cleaning and disinfection practices.

Smith Cassier, of Greenfield Center, is founder, president and CEO of Airosmith Development, which provides turnkey site acquisition, project management and engineering services. Under her leadership, the company has been named to the Inc. 5000—Inc. Magazine’s 5,000 fastest growing private companies—and Albany Business Review’s Best Places to Work in 2017, 2018, 2019 and 2020.

She is a member of Key4Women and the New York City and Saratoga Springs chapters of the Women Presidents’ Organization. She serves on the board of directors of Wellspring.

Forer, of Saratoga Springs, is senior pastor of Presbyterian-New England Congregational Church. She has earned honors for her social justice efforts, including the Excellence in Faith Formation Award from the New York State Council of Churches and recognition from Shelters of Saratoga for leadership in creating an inclusive community.

Forer also was named a Woman of Distinction by the State Assembly. Her volunteer involvement includes serving on the leadership team of the Saratoga Collaborative to End Homelessness and the board of directors of Saratoga Regional YMCA.

Trimarchi, of Wilton, is a CPA and the chief financial officer for CommerceHub, a leading provider of cloud-based e-commerce fulfillment and marketing services. He has more than a decade of financial leadership experience with global companies in software and medical device industries.

Trimarchi serves on the School of Business Advisory Council of SUNY Albany. He also has co-chaired the American Heart Association’s Capital Region Heart Walk and Run and served on the board of directors of Junior Achievement of Northeastern New York.