Smith was elected as board chairman of First New York Federal Credit Union in 1990. Soon after, he become involved with the National Association of Credit Union Chairmen (NACUC) and began attending the Chair’s Roundtable Forums. In 1998, he was elected to NACUC’s board of directors serving as Chairman from 2003 to 2007.

Smith has served with First New York Federal Credit Union for more than 50 years beginning as a volunteer field rep. Before he was elected to the board of directors in 1984, he served on the  supervisory committee. Smith spent more than 25 years as an educator and school principal in  the Schenectady City School District. 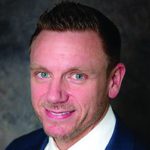 Testa made the list at number 49 with a total Value of Policies at $415 million.

He has been in the financial industry for 16 years. His services for helping families and business owners organize their finances and keep their financial goals long term is just part of what he does. Testa utilizes his resources with the Tailored Wealth Solutions firm to provide the right solutions for clients.

She brings 10 years of experience in infectious disease medicine. For five of those years, Kilayko practiced at Hudson Headwaters Health Network in Queensbury with providers who are now members of the Saratoga Hospital infectious disease team.

Kilayko comes to Saratoga Hospital from Berkshire Medical Center in Massachusetts. She earned her medical degree at the University of the Philippines and completed an internship, residency and fellowship at St. Luke’s Roosevelt Hospital in New York City (now Mount Sinai Morningside).

Kilayko is board certified in internal medicine with a subspecialty certification in infectious disease. She is a member of the Infectious Diseases Society of America.

Fingerpaint, a marketing firm based in Saratoga Springs, has appointed Bill McEllen as global president.

McEllen, a 30-year industry veteran, will be responsible for overseeing the company’s integrated business units, including 1798, Leaderboard Branding, Engage, MedThink, and Fingerpaint Marketing, as well as its more than 700 worldwide employees.

He will continue to build on the exponential year-over-year growth the company has experienced, set in motion by Fingerpaint founder, Ed Mitzen, who will serve as Fingerpaint’s chairman and CEO. The move will allow Mitzen to continue focusing on growing the company’s capabilities through acquisitions, the company said.