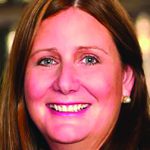 Verni graduated from Syracuse University College of Law with a juris doctorate degree concentrating in tax and estate law in 2001. She graduated from Cazenovia College with a Bachelor of Professional Studies in business management in 1998.

She is a member of the Trusts & Estates and Elder Law & Special Needs planning sections of the New York State Bar Association, and member of the National Academy of Elder Law Attorneys. She is also a board member for the Estate Planning Council of Eastern NY.

Verni practices law in the Saratoga and Latham offices, and frequently lectures on estate and medicaid planning issues. 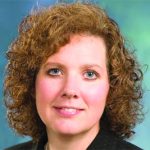 Wardwell graduated with a Bachelor of Science in Business, with a concentration in finance and a minor in economics, from St. John Fisher College in Rochester.

In addition to serving as chief banking officer of Arrow and Glens Falls National Bank,  DeMarco is president and CEO of Saratoga National Bank and Trust Co.

Maureen Mahoney, who has worked in a variety of capacities at the National Museum of Racing and Hall of Fame since joining the institution in 2015, has been named the museum’s development director.

A native of Glens Falls and a graduate of Skidmore College, Mahoney will lead the museum’s development and sponsorship initiatives and assume a prominent role in special events, marketing, and outreach.

Prior to being named to her new role, Mahoney served the museum as development and membership officer and played key roles in social media and special events, including the museum ball.

After graduating from Skidmore in 2013 with a B.A. in art history and a minor in studio art, Mahoney worked as an educator at the World Awareness Children’s Museum in Glens Falls prior to joining the National Museum of Racing and Hall of Fame.

He will take on a wide range of responsibilities including planning, academic development, program delivery, academic quality, enrollment management, and increasing diversity, equity, and inclusion across the school.

Dr. Carolan comes to the college from Sacred Heart University where he served as dean of graduate studies. He was associate dean and then acting dean of the graduate school at Montclair State University, where he also served as associate and then professor of quantitative research methods in the College of Education and Human Services, Department of Educational Foundations.

Prior to joining Montclair, he was assistant and then associate professor of educational foundations at the City University of New York, College of Staten Island in the Department of Education. He has research interests in social effects on educational achievement and outcomes.

Breen, who has been with Lemery Greisler for eight years, focuses her practice in the areas of bankruptcy, creditors’ rights, and commercial litigation. In the area of bankruptcy, she represents creditors, trustees and business debtors in Chapter 11, 13 and 7 cases with respect to a full range of issues, including stay relief and other related disputes or adversary proceedings.

In non-bankruptcy matters, she represents lending institutions and private lenders in creating commercial loan workout solutions, including restructuring and forbearance, and in state court litigation including foreclosure, replevin, and actions on notes and guarantees

Prior to joining Lemery Greisler, Breen previously practiced with a law firm in New York City where she represented creditors, equity holders and creditors’ committees in Chapter 11 restructurings.

Breen is admitted to practice in all of New York’s State and Federal Courts and is a member of the New York State Bar Association. She currently serves as the vice president of the Capital Region Bankruptcy Bar Association and previously co-chaired its nationally recognized annual bankruptcy conference.

Cardinale is a data-driven content creator, photographer and digital marketer with a passion for social media, small business and Glens Falls.

He is also employed by the Charles R. Wood Theater planning and executing marketing campaigns, engaging with patrons at the boxoffice, and assisting with fundraising. He also oversees marketing campaigns for Cardinale’s Car Care and has marketing and administrative experience.

The Saratoga County History Center has added four new trustees to its board.

William Allerdice works in his family’s business, Allerdice Building Supply Inc. A graduate of Saratoga Springs High School, he has sat on the boards of both Friends of Lake George Opera and Universal Preservation Hall.

Andrew Collier of Ballston Spa is a graduate of Saint Francis University with a degree in U.S. history.  He has worked for a variety of organizations and campaigns in the advertising and consulting industry.  He is currently employed by the National Public Pension Coalition.

James Richmond worked in Power Systems at General Electric for 40 years. He has published two books, “War on The Middleline” and “Milton,New York, A New Town in a New Nation” (with Kim McCartney). In 2018, he was a founding member of the Saratoga County History Roundtable, whose mission is to expand interest in local history through presentations, research, articles, and tours.  In 2021, he led the effort to publish “Saratoga County Stories,” a compilation of weekly articles on Saratoga County history.

Frederick E. Sober Jr. is lifelong resident of Saratoga County and holds a bachelor’s degree from Siena College, and a juris doctor from University at Buffalo.  He is an avid history enthusiast, and has practiced law for 25 years.

Hoeller is a retired Partner of PricewaterhouseCoopers LLP with over 25 years of experience as a leader in audit and financial services.

Hoeller held numerous positions at PwC from November 1993 until her retirement in June 2019.  She spent most of her career in the Northeast, including assignments in Syracuse, Hartford and Boston, where she served as audit partner on a diverse portfolio of clients within the insurance sector.

Prior to her retirement, she was a Financial Services Partner in PwC’s National Quality Organization for three years. During that time, she also led diversity and inclusion for a group of approximately 120 professionals.

Bartlett is currently a board of director and Committee Outreach Chair at the Southern Adirondack Realtors in Queensbury.  She is also volunteers at The Open Door Mission and has the e-Pro, GRI, MRP, PSA, SRS Realtor designations.

Colden Company Inc., an IT Services provider with offices in Ballston Spa and Saint Augustine, Fla., announced that Todd Amato has been promoted to helpdesk manager.

Amato will be responsible for managing the Colden Company IT helpdesk, which the company said is a major factor in Colden receiving the MSP 501 award, which recognizes the top Managed Services Providers globally in an annual competition.