Bearor has served as the CEO at the Family YMCA of the Glens Falls Area for 12 years and the Y Movement for 29 years. 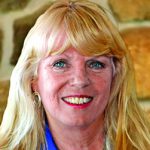 The National Association of Realtors awards the MRP certification to those who help military personnel, veterans and their families find housing that lets them make the best use of their benefits and serves the unique needs of military life.

The certification provides NAR’s members with resources to accommodate current and former military service members at any stage of their military career, and is an approved elective for NAR’s accredited buyer’s representative designation. To earn the MRP certification, Realtors must be in good standing with NAR; complete the Military Relocation Professional (MRP) Certification course, and complete two webinars.

MacArthur, 37, joins the Thunder behind the bench following a 14-year professional playing career. He played four seasons with Adirondack and is second all-time in franchise history in points (175) and assists (122) and is third all-time in games played (202) and goals (53).

In this role, MacArthur will also be responsible for overseeing the club’s hockey operations including managing support staff, and recruiting and signing players.

He is a Boston University alumnus and resides in Clifton Park with his wife Cristina and two sons, William and Danny. 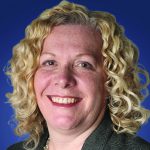 Sastri provides continuity for NBT’s established DE&I initiatives and will work with leadership to establish new programs and best practices, focusing on recruitment, retention and development.

She joined NBT Bank in 1996 and has extensive experience in training and development and employee relations. She earned a bachelor’s degree from SUNY Albany and holds a strategic Human Resources Business Partner certification (sHRBP).

Sastri is active in the community, serving as a board member for the Chenango United Way and Dollars for Scholars, as well as a member of the Norwich Boys Soccer Boosters. She also previously served on the board of directors for the United Way of New York State.