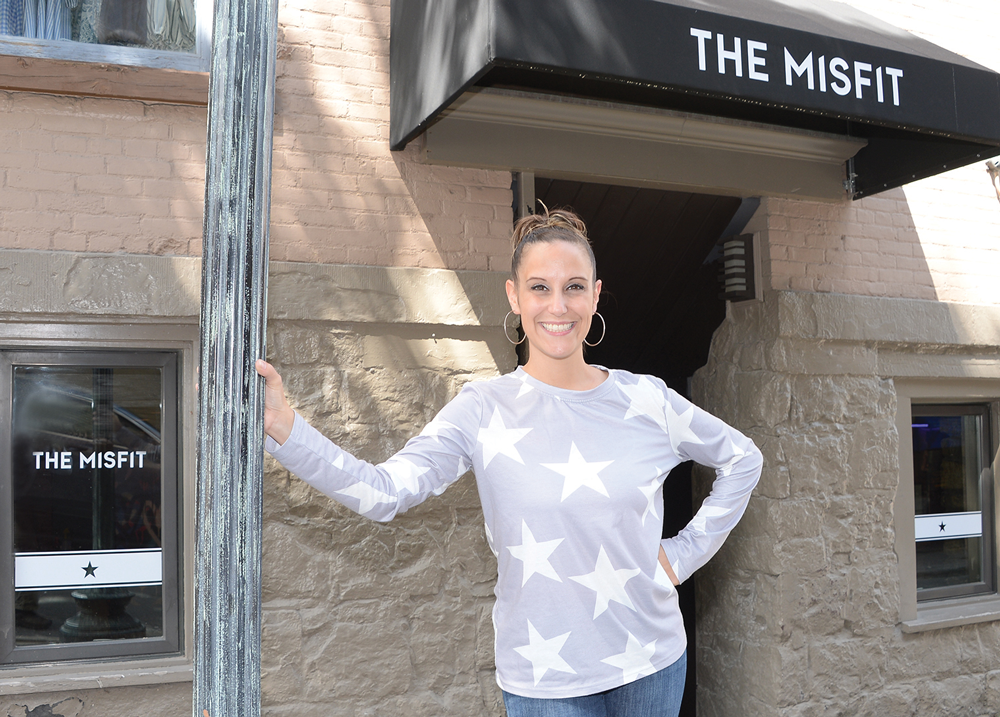 The space at 1 Caroline Street downtown Saratoga is now home of The Misfit, opened June 18 by first-time restauranteur Michael Mills.

“The Misfit is intended to be just a bar with a small selection of bar food,” he said. “The location had a full kitchen, but one of the reasons I jumped on it was because I always loved this space.”

Mills runs a touring theater production company whose events, like so many others, were shuttered during 18 months of the COVID pandemic. His office is above Max London’s on Broadway in Saratoga Springs, so he knew that the landlord of his building, Mark Straus, co-owned 1 Caroline and signed the lease.

While Mills Entertainment “gets back in full swing,” Mills is enjoying gearing up The Misfit for track season, he said.

“We are taking the time to smooth out the kinks,” he said. “There are always surprises getting a business going, especially in an old building.”

A native of Scotia, Mills wanted his bar based in Saratoga Springs where he has lived and worked for nine years. He opened with his summer cocktail menu but offers the full line of liquor plus craft beers, he said.

Mills has “always loved cocktails and mixology,” hence “specialty cocktails are the star of the menu” and change with the seasons. One seasonal item is the Jessica Rabbit, a strawberry based drink with vodka with splashes of balsamic vinegar and syrup.

“The intention is to take a beloved favorite and give it a twist,” he said.

The atmosphere is described as having an “indie” vibe with décor and “four decades of New Age playlists to embrace the idea of an underground location that’s warm, inviting and playful,” said Mills. “For instance, the walls are lined with actual mugshots of celebrities who have gotten themselves into some trouble.”

Mills said the previous tenant had done a complete overhaul of the space, so most of the renovations he had to do were cosmetic. His brother, who owns Svetlik Designs out of Burlington, Vt., did the work.

“After hearing horror stories and cautionary tales, I was surprised how smoothly things went,” said Mills. “Even obtaining a liquor license went according to the timeline.”